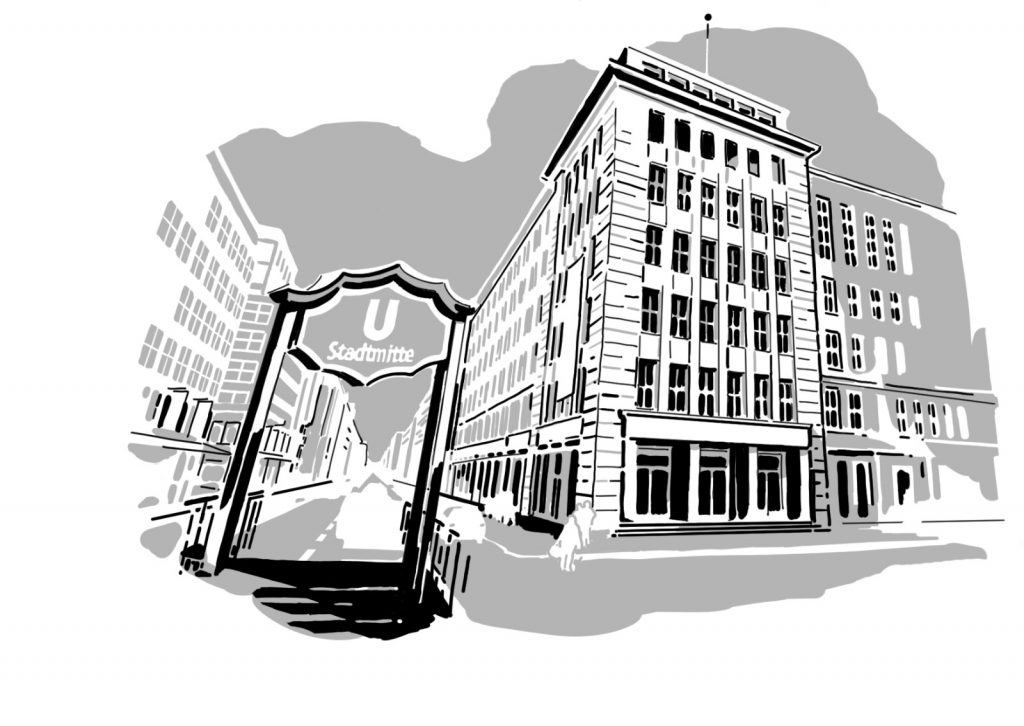 Vergangenheitsbewältigung refers to the struggle to overcome one’s dark past. The Hertie School has recently been criticized by students and the media for its lack of action on accounting for its historical ties to the Nazi regime. Fabian Zubicky argues that this criticism is problematic and even counterproductive for the remembrance of the Holocaust today. The Hertie School was only founded in 2004; the over-exaggeration of history for the sake of headlines and implementing change must not be taken lightly.

Without an understanding of history, we are nothing. History sets the context for how we understand ourselves and our relations with others based on past experiences.  Accuracy is therefore the essence of our discourse on our past. We must not over-exaggerate in order to honestly represent the picture.

History has now caught up with the Hertie School. A Governance Post article from 2016 outlined the links between the main sponsor of the university, the Hertie Foundation, and the Aryanisation process of the Hertie stores in the 1930s. ‘Hertie’ is the name of a German warehouse chain founded in 1882 by the Jewish Tietz family. The Hertie warehouse was sold by the family through pressures by the Nazis and their supporters. The Tietz family was only compensated in part after the war.

In the wake of this, the HerTietz initiative was founded by Hertie alumni, to make the Foundation and the university account for their legacies. Its campaigns have resulted in widespread media attention: the Hertie School has been scolded in publications such as the Financial Times, FAZ, and Sueddeutsche Zeitung, for not taking responsibility for its history. The relevance of the Hertie School to the Nazi connections of the Foundation seems to be a matter not substantiated at all by either the Initiative or the publications feasting on the story. The narrative of what occurred is still unravelling as the Hertie Foundation has now commissioned historians to compile a study of its past. Yet, the debate on the history of the university speaks to the larger issue of the relationship that Germany has with its history.

The past has monumentally defined the present mindset in Germany. Trying to own up to the crimes of the Second World War and the Holocaust permeates all components of society. When walking in Berlin, it is impossible not to be reminded of what happened by a stolperstein, plaque, or memorial. It is necessary for German society to remember and repent for the vile crimes against humanity committed by Germans during the War. Even though no innocent person must bear the punishment for these past actions, it is the responsibility of every German, myself included, to remember our history to prevent its repetition.

This history has affected me personally. My mother is German and has family that served in the Third Reich. My paternal grandfather, Sioma, was Jewish. He was deported from France in 1943 because of this and survived both Dachau and Auschwitz. Juggling a Jewish and German identity can be a difficult task.

It is true that Hertie School is funded by the Hertie Foundation, which in turn received its wealth from a corporation that was stolen from the Tietz family. However, the Hertie School was founded in 2004. The suggestion that the school needs to account for a past that occurred 69 years before its conception is absurd. Following this logic, each and every German should repent for all that their ancestors did during the war.  Many have some funds or goods that once were stolen by the Nazis or acquired by utilising the tools of fascism. Because of the nature of the Nazi state controlling all parts of society, no person, brick, nor coin existing under their reign was left untouched by their influence. Hugo Boss suits, Krupp elevators, Bayer medication, and BMW cars are all symbols of racial supremacy if one follows this logic.

The smearing of the Hertie School thus becomes an exercise of collective guilt, where the university must answer for the crimes of other organisations in the past. This can result in resentment towards the accused, as well as the cause of the accuser. The Initative sees the Hertie Foundation as its main target, yet it is the school that suffers the headlines. Trying to get concessions out of the Hertie Foundation by lambasting the School is wrong. It devalues the very meaning of efforts to create accountability for the past. Furthermore, the unwarranted criticism of Hertie is not victimless, as it brings shame to the name of a young university. This in turn harms the students at the university as well, by potentially tainting their educational background for future employers.

There is a form of alarmism present in this issue. After scolding organisations like Hertie, there is a risk that the real perpetrators of historical injustices will be taken less seriously. My grandfather devoted the latter part of his life to travelling around Sweden, where he settled after the War, giving lectures to schoolchildren about what he saw in the camps. In these lectures, he stressed the importance of correctness without over-exaggerating the facts when discussing the Holocaust. Furthermore, he said that if issues relating to the Holocaust are exaggerated, they become less believable.

Concessions have been made by the Hertie School. Embracing one’s past is important regardless of the circumstances. Hertie’s reluctance to embrace the process of remembrance is puzzling but the HierTietz Initiative’s proposal to add historical information to the cafeteria is just an exercise of box-ticking. It is important that the Hertie School is clear about its history and that its international student body is informed about the past. The recent negative media attention, however, is unwarranted.

The year 2021 marks 76 years since the end of the Second World War and the Holocaust. Most eyewitnesses and survivors are no longer alive to tell the story. For every year that passes, fewer have a direct relationship to it. The legacy of the Holocaust and the Nazi reign of Germany need to be adapted to this new era, as they are now experienced less through collective memory, which have strong emotional attachments and thus a sense of responsibility, and more as regular events in history. The remembrance effort must be through education and commemoration, where the underlying causes of the Holocaust are explored, and sites of the mass murders are visited. The commemoration should not be done through the persecution of institutions that bear the same name of an organisation that was illicitly acquired 70 years prior. The country needs to have a proper discussion about what impact the past will have as time goes by, instead of letting the conversation be strangled by fears of never being able to atone the past sufficiently.

Germany still has challenges with antisemitism and neo-Nazism. While learning from the Aryanization process is relevant to understanding these themes today, history must also be viewed from the specificity of its defining context. The current forms of antisemitism have little relevance to the founding of the Hertie School. If the HerTietz Initiative had sufficiently consulted Jewish students at Hertie this would have become apparent. This is something that I and other Jewish students at Hertie School notice in a recent meeting with the Initiative.

Public trust is essential to the understanding of history, as there is no absolute proof that ‘what happened’, has occurred. This trust must not be eroded. In future initiatives and articles concerning the Nazi history of the Hertie Foundation, it should be stressed that the Hertie School is not part of this. 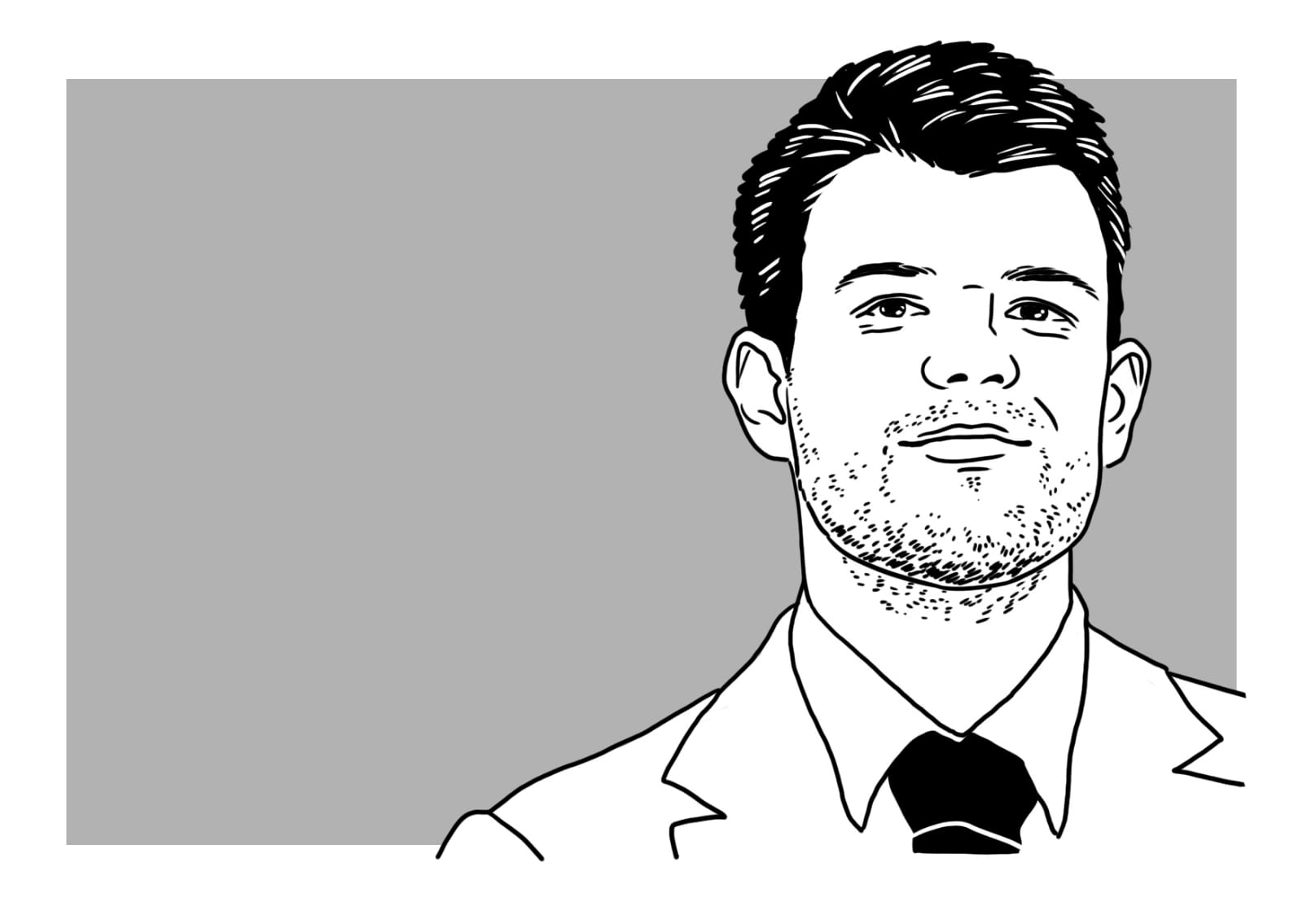 Fabian Zubicky is a Swedish German first-year MPP student. He did his Bachelors at the University of Edinburgh, studying Politics with History. His main interests are African and European politics as well as Economic History as well as going in-depth on issues connected to populism, public participation, and colonial history.

The Governance Post’s core aims include fostering respectful dialogue and voicing diverse perspectives. We strongly encourage readers to respond to our opinion pieces with articles of their own. If you wish to do so, you are welcome to submit your pitch to us.