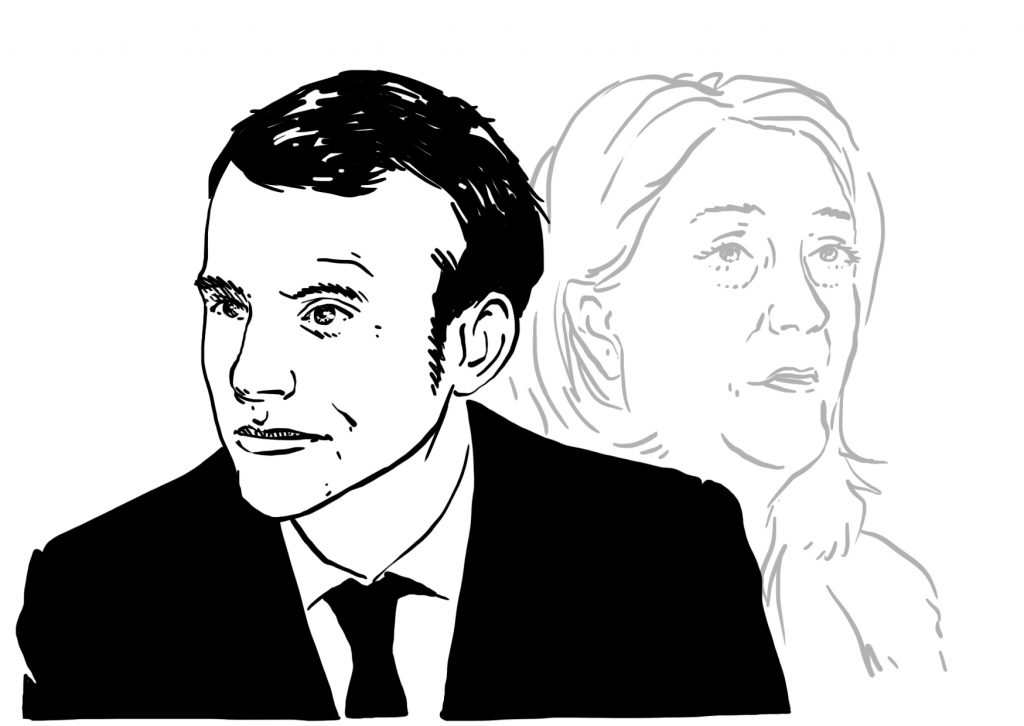 “Gabriel, Macron, Habermas – Which Future for Europe?” was a historic event for the Hertie School community. Besides drawing media attention, it articulated a vision of European unity and helped define the political identity of the Hertie School of Governance.

“Revolutionary pro-EU and, above all, very self-confident.” This is how one student described the appearance of Emmanuel Macron and Sigmar Gabriel. This does not come as much of a surprise as both are campaigning ahead of this year’s elections. What should be highlighted however are the three takeaways from the event.

First, according to Jürgen Habermas and Sigmar Gabriel, the European project will fail without a deeper transfer union. Second, according to Emmanuel Macron, the way forward is differentiated integration with a eurozone budget and a common defence policy. Third, the Hertie School of Governance positions itself as an actor fighting for open societies.

This was the key message of Jürgen Habermas’ keynote speech. According to the famed philosopher, European solidarity should be understood in moral rather than purely political terms – we should be genuinely willing to help others because it is the right thing to do, not because we want something in return. There are deep socio-economic imbalances between EU countries, even between close economies such as France and Germany. Just look at (youth) unemployment rates, Habermas adds. Unless the German government addresses these imbalances and treats them as a German problem, upcoming projects of differentiated integration (such as in the area of defence and the common currency) are doomed to fail.

“I will recommend my party to campaign for more investment in the EU and for not holding to the one percent of GDP [transfer] cap”, asserted Sigmar Gabriel. Only by paying more than required “we will manage to move this debate forward”. The Foreign Affairs Minister pushes the argument even further by suggesting that Germany had pioneered the political use of ‘fake news’ by telling an inaccurate story about transfer payments for the last 30 years. Germany, he says, has not been disproportionately paying into EU coffers, and has in fact been the largest beneficiary of economic openness and peace secured by the European integration. The €12 billion Berlin sends to Brussels every year are negligible compared to other state expenditures. The key question is therefore: to what extent is Germany ready to correct this story and increase its financial commitments?

This second key point of the discussion was brought up by Emmanuel Macron. The French presidential candidate wants to overcome the stagnation of the European project through a bold pro-integration agenda. “Instead of shying away from the EU and only mirroring the public opinion, we need to defend it and explain to the people why European integration is worth pursuing. Ruthlessness and nationalism are no solution“. Differentiated integration with a deepened common financial and economic policy would ensure a competitive Europe and increase the de facto sovereignty of member states. Closer defence cooperation at European borders and in the Middle East and Africa would address the existing threat perceptions and security issues.

Moreover, according to Macron, the strategy of deepening integration needs to be coupled with change on the national level. It is France’s responsibility to regain trust by ensuring budgetary discipline, stronger reliance on the community method, and reconciliation and heightened cooperation with Germany. Jürgen Habermas added that much depends on the decisiveness of French and German leaders who should “pull the cart out of the mud” instead of wrecking the European project because of their hesitations.

The Hertie School stands up for an open society

If anyone had doubts what the Hertie School stands for, President Helmut Anheier and Vice-President Henrik Enderlein sent a clear message. In his welcoming speech, Mr. Anheier denounced rising political radicalism and argued that the School will not stay passive: “we do care, we are politically engaged, and we are proud of it”.

In the closing statement, Mr. Enderlein specified the political position of the School: “while the Hertie School would never choose where to place itself on the right-left political spectrum, when the question is about choosing between a close and an open society, it becomes obvious what the Hertie School stands for”.

This resonates with current efforts of the student and alumni community to support the School in identifying how to react to the rise of populism. A white paper authored by the alumni council, and several other student initiatives have been putting forward concrete ways public policy schools can respond to the challenge.

Asked if their pro-EU strategy could fail, Macron and Gabriel answered “non” and “nein”.

“I do think you can win elections with a pro-EU agenda and I’m not being naive here,” said Macron, referring to the Dutch election results from the day before. “If we don’t try it, we’ve already lost it,” added Gabriel.

The discussion ended on an optimistic note, and was followed by a long round of applause. But how much reason for optimism is there really? Authoritarian populism is rising across the West and holding ground in Eastern Europe. Explanations of this trend are manifold, but a great deal of the problem has to do with the (often justified) perception that liberal-democratic elites are stuck in echo chambers. Thus, events in which convinced pro-Europeans speak to convinced pro-Europeans can only be, at best, one piece of a comprehensive approach to the problem.

That is why the answer is a resounding “maybe”. Pro-European forces can succeed. They must be as bold in their support for European integration as Mr. Macron, Mr. Gabriel and Mr. Habermas. This boldness can unleash a wave of positive identity politics, where being for an open society is the new cool thing, on an emotional level.

However, the key issue is how to convince those parts of the population who are not receptive and not interested in this message. That is where the Hertie School can play an important role. How an open society can be championed in the current climate of rising populism is a question where public policy schools can show how relevant and responsible they are. 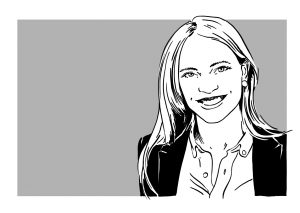 Kasia Nalewajko is an MPP Candidate at the Hertie School of Governance. She graduated in English, French and Spanish linguistics and worked in private sector consulting. Her interests include EU and Central and Eastern European politics, women’s rights and drawing.