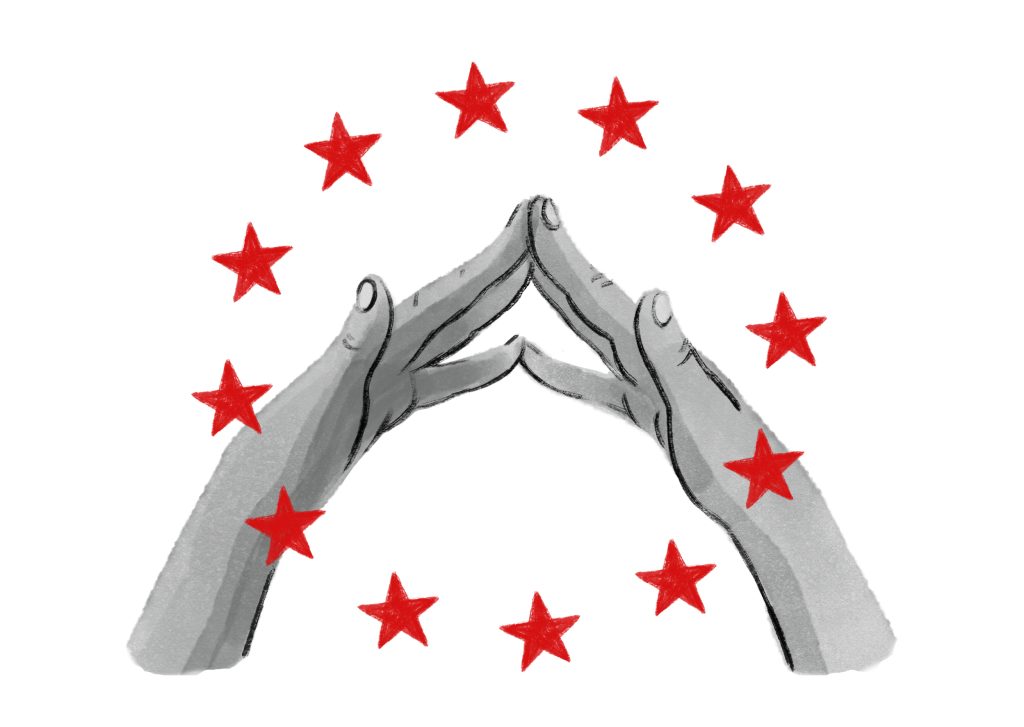 Despite its early formulation in 2001, in the aftermath of the Yugoslav conflict, and the several cases in which Member States have been prompted to apply it, the Temporary Protection Directive (TPD) was never activated. However, the developments in Ukraine following the Russian invasion on the 24th February 2022 generated a rather swift reaction from both EU institutions and Member States, rapidly acting to address the worrying humanitarian situation. The European Council’s decision to activate the Directive comes after years of discording opinions from different countries within the EU on migration, a subject often considered controversial. Putin’s aggression seems to have promptly convinced Member States that the EU must present itself as a solid, cohesive bloc in the face of such a serious military threat.

From Theory to Practice

As of the 14th July, data from UNHCR shows that over 5.5 million refugees have been recorded around Europe. Numbers might appear even more daunting if one considers that this number only accounts for registered people who sought refuge in the continent. Indeed, taking into account individuals who crossed the border to flee elsewhere and the ever-growing number of Internally Displaced Persons, the final estimate is a startling figure of 8 million people. Such a dire picture has not presented itself since the end of World War II.

In the midst of such a frightening humanitarian emergency, the European Union is playing a vital role in providing aid and opening its doors to people leaving their homes to save their lives and their loved ones. The primary instrument the EU has put in place to address the massive influx of refugees coming from its Eastern border is the Temporary Protection Directive. The TPD finds its roots in the aftermath of the Yugoslav wars and in the humanitarian emergency that arose from the conflict in Kosovo later on. Although initial negotiations regarding the TPD began in the early 1990s, Member States have struggled to find a common and agreed-upon response to mass influxes throughout the years. However, as critically exposed by the humanitarian emergency triggered by the Kosovo crisis, discrepancies in the status, maximum duration, gaining access to asylum procedures, and the rights and benefits became pressing points to be discussed. Additionally, the very nature of the principle of solidarity, burden-sharing, and cooperation between Member States, was under threat.

After years of negotiations, the European Council finally adopted the Temporary Protection Directive on the 20th July 2001, which set minimum standards for displaced persons in the case of a mass influx to Europe, and stated the guidelines for a balanced effort between Member States. The initiative aimed at the harmonisation of temporary protection standards across the bloc. Despite being far from a comprehensive solution, the TPD resembled a necessary EU response to major migration flows toward Europe. The Council’s decision to implement the Directive was taken on the 4th March 2022.

Today, the necessary economic resources to finance temporary protection come from various European channels. €420 million will be proceeding from additional support to the 2014-2020 Home Affairs funding, and the Council and the Parliament might grant flexibility regarding the 2021-2027 Multiannual Financial Framework in case the situation further deteriorates. Moreover, resources from the Cohesion’s Action for Refugees in Europe and the €10-billion envelope in Recovery Assistance for Cohesion and the Territories of Europe can also be redeployed for refugees’ relief purposes.

Additional military aid will come from an additional €500 million in resources’ reallocation of the EU budget. Non-financial help is provided through the EU Civil Protection Mechanism and rescEU which includes medical stockpiles of various kinds, from PPEs to patient monitors.

Considering that this is the very first time that the TPD has been activated and that the war in Ukraine is still dramatically unfolding, the scope and effectiveness of the temporary protection are still to be tested. Nevertheless, it is possible to stress a series of strong points and challenges enshrined within the text adopted by EU institutions.

Among the pros, one has to recognise that being the TPD a mechanism that relies on the foundation of the solidarity principle, the concept of sharing both the “burden” and the resources allocated to face the emergency represents the backbone of the Directive. Furthermore, the TPD allows Member States and EU institutions to act on a case-by-case assessment. Conversely, other legislative communitarian instruments apply to a broader range of cases and are frequently subjected to political gridlock, which prevents their implementation. In addition, compared to temporary protection regimes in place in single Member States prior to the activation of the Directive, the level of minimum rights granted by the TPD to displaced persons is rather high.

On the other hand, the Directive lacks depth and necessary specifics in its formulation. One of the most evident gaps is the absence of a gender-sensitive response. As the overwhelming majority of Ukrainians leaving their homes are women and children, staff shortage and failure to provide ad-hoc protection have resulted in major issues connected with human trafficking and sexual exploitation. Moreover, the insufficient level of preparedness of public services – particularly concerning the countries hosting the majority of refugees, such as Poland, Hungary, and Romania – remains a worrying issue. Assurances around themes of housing, schooling, and social health should be a focal point for families fleeing the conflict.

Furthermore, several categories of displaced persons are excluded from protection. Among them are individuals who had short-term resident status in Ukraine (e.g. students) and those who are discriminated against at the borders as they might not be able to present valid documents attesting their Ukrainian origins.

An additional structural issue concerning the Directive text is the absence of set criteria for the distribution of refugees across Member States, which leaves room for discretionary decisions in contributing to a fair sharing of responsibility, counting on the mere voluntarism of countries to participate. In a similar fashion, long-term funding to meet the needs of people in distress, and the lack of integration programmes to follow the initial protection, remain gaps that must be filled.

A Matter of Standards?

Commentators and EU officials favourably welcomed the activation of the TPD for its swift implementation symbolises the coordinated effort of the entire EU when Member States can go beyond divergent political views. Besides, the TPD allows refugees to enter the EU legally through a visa-free regime and apply for temporary protection freely in whichever country they wish across Member States.

Yet, the term “Gold Standard” used to identify the Directive seems a little far-fetched. Not only for the gaps mentioned here above, but also for its evident merely short-term focus, which leaves considerable room for improvement in the field of integration and further clarity on a broader regulatory framework. Finally, it appears inevitable to address the elephant in the room: the double standards applied by the EU when dealing with Ukrainian refugees and other migrant populations fleeing other conflicts in the past two decades. This does not only refer to the institutions per se, but it also involves EU citizens as we – luckily – witness an unprecedented wave of solidarity towards Ukrainian refugees.

Now, a number of reasons can explain the different approaches shown towards Ukrainians and Syrians, or Afghani, Yemeni, Sudanese, including strategic security concerns in the continent and cultural ties between Ukrainians and Member States that are usually opposed to welcoming refugees. However, it seems rather contradictory for a democratic institution like the EU, which is based on principles such as solidarity and non-discrimination, to openly welcome Ukrainians fleeing the war while denying the same treatment to all the other displaced persons. While Poland continues to push back desperate migrants from North Africa and the Middle East gathering at its border, Belarus and Russia have not missed the opportunity to take advantage of the humanitarian emergency to weaponize refugees and threaten the EU. Undoubtedly, it is paradoxical that a “Gold Standard” leaves many people hoping not to have to endure another harsh winter in the forest at the border.

Massimo is a young researcher interested in migration, development and EU policymaking. He is a recent graduate of International Migration and Public Policy at LSE, and he is currently working as a Schuman trainee at the European Parliamentary Research Service (EPRS). He also holds an MSc in Political Psychology and a BA in Interpretation and Translation. Born and raised in Italy, he is passionate about issues concerning migrant populations, always keeping refugees’ and asylum seekers’ voices at the centre of the debate. When he is not reading about EU politics, you will probably find him surfing or enjoying a good concert with friends.