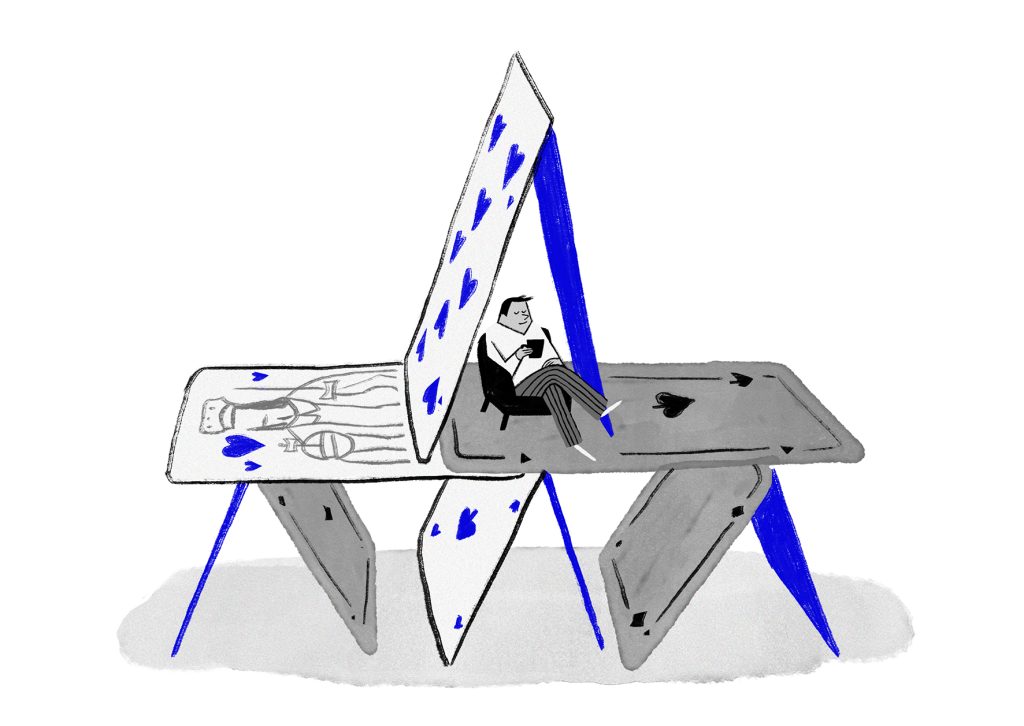 This year’s 20th presidential election in South Korea was the closest in its history. It was also the first time that surveys were conducted by differentiating the vote of women and men according to their generation. When the final results were unveiled, in the early hours of March 9th, few were expecting Yoon Seok Yeol from the People Power Party (PPP) to win with only a 0.8% lead over Lee Jae-myung from the Democratic Party (DP). However, one thing came out as a foreseen result: the strong vote polarisation between young women and men, part of the “Generation 2030” (those in their 20s and 30s).

South Korea’s vote is usually divided according to various factors: economic class, generation, and regional divisions. In this election, Yoon Seok Yeol’s tight win has been partly attributed to the former liberal president Moon Jae-In’s failure in handling housing market prices. As a consequence, people living in areas where the housing market is expensive voted for the current president Yoon Seok Yeol, hoping for lower taxes and the opportunity to buy a home.

One social fracture that had never previously come to light during a presidential election was the divergence of the younger generation along gender lines, with young men and women taking two different paths in terms of voting choices. This was not a first, however. During Seoul’s mayoral election last year, young women’s and men’s voting patterns were already strongly poled apart. This would come to be the first sign of the extent to which gender would become a more politicised topic during the presidential campaign.

Feminism Rise and its Backlash

Until recently, it would have been hard to argue that gender influenced elections more than any other economic topic. However, one high-profile crime turned public opinion around. In May 2016, the Gangnam Murder Case awakened fears of gender violence. At that time, a 23-year old woman got brutally murdered by a stranger, who later explained he hated the feminine gender as a whole.

At the same, the #MeToo movement and the rise of illegal filming (몰카 molka) through hidden cameras in toilets and other private spaces blew the whistle on discrimination against women, leading to the topic’s prominence in the mid-2010s. “Younger women felt they could use online forums as a means for consciousness-raising and to share their own lived experience“, Kyungja Jung, an associate professor at Sydney Technology University specialising in Gender Studies and Women activism explains.

Thus, forum communities such as Megalia and its trans-exclusionary equivalent WOMAD emerged. Both groups favoured the use of “mirroring techniques” in their fight against gender inequality, such as “trolling or twisting derogatory slang against women to insult men”, Pr Jung says. One of their biggest controversies happened in 2018 when a 25-year old woman illegally uploaded a photograph of a male nude model on WOMAD. She was arrested within two days, prompting a lot of discussions in women’s communities, some criticising the ‘hypocrisy’ of the justice system in South Korea. While 97% of spy cam offenders are men, the speed of the arrest seemed to come down to the fact that the offence’s perpetrator was a woman, according to activists. Protests ensued, such as the Hyehwa Station protest, which gathered more than 70,000 people. They denounced the double standards and lack of law enforcement against male offenders.

Such protests were however not supported by all. As this movement came up from feminism’s most radical fringes, the public now usually associates feminism with such communities. “Even if I want to fight for women’s rights, I would definitely not refer to myself as a feminist, in Korea”, Shinyoung, a 21-year-old university student explains. “I feel the word has lost its meaning. I do not want to fight against men as if they were my enemies. I believe there is a thin line between equality and reverse discrimination” she adds.

This point of view is shared – in a much harsher manner – by users of online forums and Youtube channel commentators. Whether on the far-right site Ilbe and to a milder extent on DC Inside, thousands of posts and comments daily partake in criticizing feminism and slurring at women. This backlash has taken to the streets with numerous rallies organized by associations focused on men’s rights and anti-feminism, like New Men’s Solidarity. These protests carry different aims: asking for the abolition of the Ministry of Gender Equality and Family, pushing for the resignation of ‘feminist’ members of the PPP, and more generally denouncing what is perceived as discrimination against men.

This rejection of feminist ideology is also fuelled by a sentiment of injustice. As women in South Korea have achieved similar, and sometimes higher, levels of education, young men have a tendency to feel threatened in an already competitive job market – in 2021, around one out of five Koreans under 30 were looking for a job. “I often heard men associating feminism with ‘women stealing their benefits’’’ Seoyoung, a 22-year old communications student, sighs.

This feeling of frustration has been especially shared among young people in their 20s and 30s. Indeed, Generation 2030 has often been qualified as ‘the sampo generation’ (삼포세대), meaning the generation which had to abandon three things: marriage, children and love. Nowadays, people go as far as to call them the N-po generation (N포세대): the generation which has to give up on an n number of things, including home, career, human relationships… Generation 2030 – which comprises Millenials and a part of Generation Z in the West – is special in this sense. While young Koreans are living through the most prosperous period of South Korea’s history, they are unable to afford housing amid a labour market harsher than the one their elders experienced.

For young men, dissatisfied with their lives, the scapegoat has a name: feminism, and sometimes, women at large. “After going to the army, men feel that they have done their duties as citizens, while they think women do not do theirs; in their opinion, procreate.” This grievance against women needs to be thought of as part of a bigger “masculinity crisis”. South Korean patriarchal society expects men to fulfil the role of “providers”. But, “with the current economic situation, men do not have the means to play their part anymore”, Pr Jung analyses. This gap, between the expected performance and the reality, ultimately created further resentment.

Unsurprisingly, such grounds for gender conflict were capitalised upon for political gains to tear down pre-existing debates on gender division as per Pr. Jung. Lee Jun-seok, a 36-year old anti-feminist Harvard graduate, could be seen as an embodiment of this strategy. Often called the “young Donald Trump”, he has claimed that women were advantaged in South Korean society and do not face discrimination anymore. Ironically, in the 2019 Gender Wage Gap survey, South Korea ranked last (32.5%) – just as has been the case for more than a decade – out of all OECD countries. However, despite the erroneous claim, he was nominated chairman of the Power People Party in June 2021.

In the current political climate, to refer to South Korean society as ‘partitioned’ would be rather apt. “I can feel that around me people were either fully supporting one candidate or the other. I feel like I am walking on eggshells when discussing the topic”, Shinyong, a first-time presidential voter, observes. The young woman voted for Yoon Seok Yeol, hoping his background as a prosecutor meant he would focus on fighting corruption since numerous allegations came to light during the campaign. With a hint of concern, she adds: “I really hope what he said about feminism was not about removing our rights but rather to remove the radical part of the feminist movement”.

The thing is, according to a Gallup Korea survey, 15% of the conservative candidates’ voters chose him to get more “justice and equity” and 2% to specifically get rid of the Ministry of Gender Equality and Family. Conservative channels supporting anti-feminist stances such as New Men’s Solidarity have also backed up the PPP candidate. This group has been accused of manipulating comments on Internet portals in order to support now president Yoon Seok Yeol, showing the close link between male groups and the Power Party candidate.

The election, alongside the gender conflict, has also affected the morale of young voters like Seoyong.“To be honest, I am a bit upset with the results”, she says. While having an imperfect campaign, tainted by the Daejung-dong scandal, liberal candidate Lee Jae Myung had convinced a significant number of young women to vote for him by adding Park Ji-hyun to his team. Park Ji-hyun, a 26-year-old activist, had previously fought against digital sexual crimes such as the “Nth room” case. “That played a big part in why I voted for Lee Jae-myung,” Seoyoung explains. “I thought that if he became president, he would have communicated more on women’s rights issues” she adds disappointedly.

While this election saw a strong divide between genders, the next five years might see the rise of alternative movements for women’s rights which will succeed in including men in the narrative. Seoyoung concludes, hopeful: “I realised women could change the vote. I will speak out more resolutely and keep the government in check for sure”.

If the men of Generation 2030 were the ones who put Yoon Seok Yeol in power, they have not been rewarded yet. One of his most popular campaign pledges, the scrapping of the Gender Ministry, will in fact not be implemented. But his young supporters will not likely be disappointed by this lack of action and will continue to encourage the conservative Party’s incel tendencies. The latest local elections on the 1st of June saw a sweeping victory for the ruling party, mostly pushed by elders’ conservative tendencies. However, the elections also saw a widening gender gap, with 65% of men in their twenties voting for conservatives versus 30% of women, showing how gender politics is now here to stay.

Émo Touré is a first-year Master’s student in Journalism at Sciences Po.  Originally from France, she completed her Bachelor’s degree at Sciences Po Le Havre, which focuses on Asia. Having a strong interest in subcultures, human rights, and foreign policy in Asia, she specialized in the Korean Peninsula.