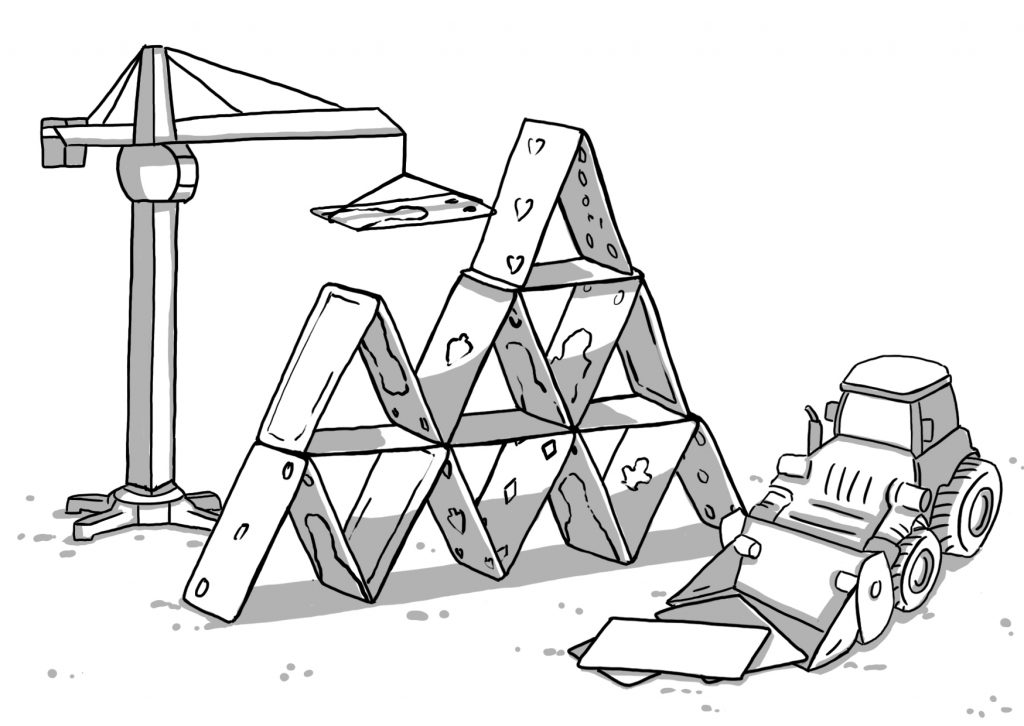 We are asking of our planet more than it can possibly bear. Around the world, people are demanding change, and countries are committing to ever more concerted climate action. Against this backdrop, calls to create a global governance body — a World Environment Organisation (WEO) — are resurfacing. Proponents insist on two main purposes for this WEO: it should serve as a coordinating body that can disentangle and steward the work of the countless existing organisations, or as the “last-resort enforcer”, providing the stick should countries stray from their environmental responsibilities, or both. But the practical and political hurdles behind the creation of a WEO are too high – and the alleged pay-off simply unconvincing.

The world we live in

The world looks vastly different now to when talk of a WEO first began more than twenty years ago. Changes to existing global environmental governance processes have naturally increased the sway of non-state and local actors in rulemaking. Private interests today often push to protect common resources, under pressure from changing societal expectations. The need for a once perhaps beneficial WEO is no longer so stark. Even if relevant, how can a mammoth organisation like a WEO – that is so distanced from the ground level – truly integrate the concerns not just of states but of smaller, scattered civil society? Indeed, climate action frameworks have already made the transition from top-down to bottom-up (see the Kyoto Protocol to Paris Agreement paradigm shift), in large part to allow for varying pathways towards the same goal or, in other words, common but differentiated responsibilities.

Even with a purely coordinating role, the environmental challenges we face are far too complex and intertwined for one organisation to oversee. We cannot control their real-world response to policy, which complicates things further. Unlike the mandates of the World Trade Organisation (WTO) or the World Health Organisation (WHO), environmental issues form the underlying—literal—nature of our collective existence.

An arguably insurmountable political obstacle for a WEO is that it would require the cooperation of a huge number of countries with competing interests, all of whom closely guard their sovereignty. No matter its institutional setup, a WEO would rely too much on diplomacy and open access to information and would ultimately end up built upon mere hope for cooperation. The international order on which such an organisation would have to be based is wearing thin, as “aggressive nationalism becomes normalised”. The need for a WEO is often backed by the claim that international organisations are fragmented, overlapping, and/or in conflict and thus require oversight from a larger body. But this surely holds even more true from an even higher vantage point: down upon a grossly heterogeneous set of almost 200 countries across the globe. Perhaps the WEO could be the galvanised institutional version of the prominent United Nations Framework Convention on Climate Change (UNFCCC). But even that has been unable to consolidate a de facto agreement on climate change. Attempting to weave these varying interests together would simply amplify the same disorder. And look no further than the WHO when it fell prey to “misinformation and political influence” during the pandemic, or the WTO which turns a blind eye when heavyweights skirt rules, to see how big world organisations are rife with democratic deficit and complacency. Addressing the latter would not change anything with regard to the problem-solving capacity of international organisations. It may rather aggravate gridlock, and this time on a much larger scale.

On top of this, environmental degradation is inextricably linked to economic development. History has sown distrust deep into the richest countries of today, who exploited natural resources to get to where they are. What incentive, then, do emerging economies have to partake in such an endeavour? With fears that a WEO may set conditionalities that could hinder their right to develop economically, or quash their claims to natural resources, much opposition is to be expected from the Global South. China, for one, the world’s biggest emitter of CO2, is not known to dance to the tune of international agencies if it does not suit.

A lack of support for the idea is visible on the societal level too. Those in favour of a WEO assert that demands from the general public could spur governments to agree on its creation, but loud global movements such as Fridays For Future have shown that the people have had enough of big organisations not achieving enough.

Even disregarding the practicalities and functionality of a WEO, such a body would be a steadfast symbol that the environment is worthy of world-level institutional attention. It would rise above the narrower programmes, agencies and secretariats, like the United Nations Environment Programme (UNEP) or the UNFCCC, that currently have limited enforceable authority and influence – or so go the claims. But for a WEO to be established enough to harness such a reputation—not to mention the procedural, bureaucratic slog its creation would entail—would undoubtedly take time, one thing that the climate crisis severely lacks.

The flaws in our current global environmental governance system lie in lack of coordination, funding, exchange, and broader political will. Forget another clunky beast that will only trail more red tape and divert attention from substantive governance reform. Funnel this effort (and money) into the much more effective decentralised networks that already exist and can orchestrate change from below via improved information flow, the integration of science and policy, and aggregated influence. What we do need is to work on these existing bodies, each already specialising in one of the myriad facets of environmental protection. Expand the remit and resources of the hardy little UNEP so that it can take on a more comprehensive coordinating, authoritative role and take charge of global climate action. Our world is burning, but building a WEO wouldn’t put out any fires. Let’s not be naïve enough to think otherwise.

Maia Hall is a Copy Editor at the Governance Post and a Master of Public Policy candidate. After graduating from the University of Edinburgh with a degree in Linguistics and Japanese, she lived and worked in Kyoto for two years in the International Affairs Division of the prefectural government. She is currently working in emissions trading and carbon pricing at an international organisation in Berlin. Maia’s interests lie in ageing and climate policy. She also loves the 3 R’s: reading, writing, and ramen.