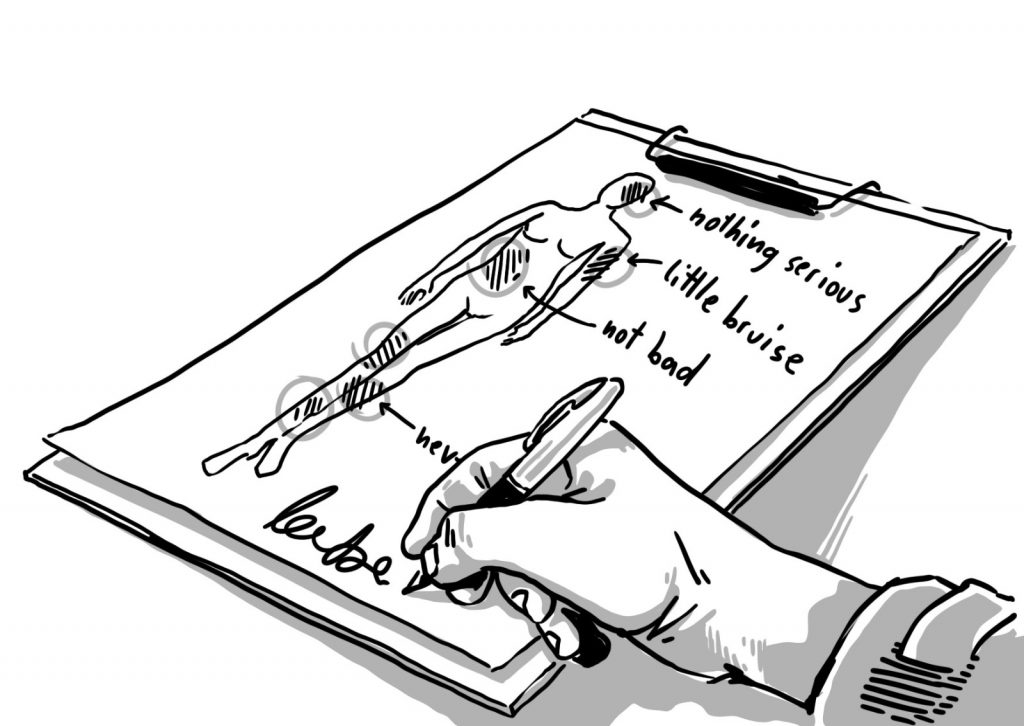 “When violence against NGOs broke out in [early] 2020, and especially after, it became clear that the police would not come to our aid. That’s when I felt extremely vulnerable, targeted, and unsafe, even just walking down the street.”
– Rachael L, a humanitarian worker who left Greece in early 2020 after several years of working on Lesbos.

The difficulties of living as a refugee on Lesbos have been reported worldwide. The infamous Moria camp and its successor, Mavrovouni or Moria 2.0, represent an uncomfortable human rights mark against the European Union (EU). The challenges facing NGO workers on the Greek island, however, are poorly known. These workers, often volunteers,  bridge gaps in humanitarian assistance in education and healthcare. I recently asked a handful of these humanitarian workers about their experiences over the last year. Remarkably, many of their descriptions of early 2020 sounded more like a  warzone than the EU. Their stories ranged from being attacked in a car and having car tyres slashed to feeling unsafe with police and being forcibly stopped by anti-migration zealots on the way to the refugee camp.

Even before the pandemic reached Lesbos, times were hard on the island. In February 2020, Turkey announced that it would no longer restrain refugees seeking to cross the Mediterranean Sea. Several protests in support of refugee rights as well as against the Greek government’s inaction to remove the camps took place. One international report described the situation as a “powder keg ready to explode.” Following these unpleasant events, on the night of March 7, 2020, the NGO International School of Peace (ISOP) was destroyed in a criminal inferno. Three Palestinian individuals have been arrested and charged, but their motives are not yet public. One suspect is a naturalised Greek citizen who lived on Lesbos, the other two are suspected to have come from Athens to burn the facilities.

Led by two Arab Israeli Life Movements, ISOP provides educational opportunities to children and adult refugees staying in the Moria and Mavrovouni camps. Anat Sharon, a founding member of the school, told Haaretz that NGO workers were used to threats and potential violence, but ultimately blamed the Turkish government for overheating the situation. “(President) Erdogan open[ed] the borders to allow refugees to move into Greece, creating a boiling point that causes a lot of frustration for the local residents, and encourages far-right groups to raise their heads, act violently and terrorise the police, the aid organisations and the refugees,” said Sharon.

Sadly, the loss of the International School of Peace’s building foreshadowed a larger blaze. In September 2020, Moria was lost to a fire, displacing all 10,000+ people who resided there. One NGO worker, who prefers to remain anonymous, described nearly being attacked for supporting the refugees during the destruction of the camp. He also said they were “followed, harassed, and nearly driven off the road by another car” on several occasions throughout the year.

International law recognises and appreciates the role of human rights defenders in challenging state actions and providing gap humanitarian assistance. It also understands the importance of protecting these defenders to carry out their work. These safeguarding concepts are formally outlined by both the United Nations and the European Union. Greece and its EU partners have a clear and documented record of unequivocal support regarding these principles and commitments. Four of the five human rights defenders I interviewed were not aware of any international instruments providing rights and protections specifically to human rights workers.

While these protections exist for these workers and volunteers, the Greek government has some legitimate concerns about the proliferation of NGOs on Lesbos. From the beginning of the crisis, the Greek oversight capability could not keep up with the pace and variety of arriving NGOs and now the State is attempting to regulate them more.

Separately, Greek police recently filed criminal charges against 33 NGO members who are alleged to have conspired with migrant smugglers to facilitate transport from Turkey. However, a lack of administrative regulations or the unlawful activities of some NGO workers does not abdicate the government’s obligation to protect law-abiding humanitarian workers.

These incidents and the assertion of human defender rights put everyone into an “us versus them” scenario which does not benefit anyone. This strain on capacity and effectiveness is symptomatic of the larger complex tensions that the migration crisis creates between the government and non-state actors. For example, legislators who want to limit and actively deter refugees are at odds with NGOs or others whose purpose is to challenge government action and hold them accountable to their human rights obligations.

Greece and the EU need to reexamine their program and implement smarter policies to protect human rights and dignity of movement to their refugee population. At a minimum, on-the-ground workers, police and military should be aware of both the rights of refugees and human rights defenders. Boris K., one of the long-term NGO workers on the island, offered concrete suggestions when we spoke, noting that “it could be highly beneficial for all humanitarian workers arriving in the island to be informed of the legal protections as a part of the onboarding process. Additionally, organisations functioning on the ground could be asked to keep a copy of the relevant documents on display in their offices. These and other measures could be facilitated by a designated public office that is entrusted with the monitoring, tracking and/or reporting of [incidents]. A presentation on this issue can also be made during the inter-agency monthly meeting, held by UNHCR.” This type of community-based support could also allow Greece and the EU to develop healthier, protective, and symbiotic relationships with the NGOs. These actions would minimise localised tensions and aggressions.

Whether Greece and the EU reach an agreement or the refugee policy gridlock remains, the heated topic of migration will be present in political and cultural discourse. International conflicts and climate change are likely to cause the number of migratory people to rise in the years ahead. Because these are realities that must be faced, NGOs will continue to be present across the islands of the Aegean Sea to fill the gaps. The State should fulfil its commitments to make human right defenders on Lesbos free from harassment, threats, and violence.

In a strange way, COVID-19 was helpful here: the lockdowns and uncertainty early in the year lowered the heat on this crucible of societal tensions. Non-locals left the island and outside activity became minimal but the fundamental factors that created the pressure cooker of early 2020 remain. It is likely that they will reemerge in force as the public health threat recedes later in 2021 and beyond.

Zack Lyons is a Master’s in Advanced Global Studies student at Science Po Paris after a career in the United States working for law firms and the federal judiciary. He intends to stay in Paris and focus his professional life on strategic thinking regarding international and national policy, human rights, and diplomacy.