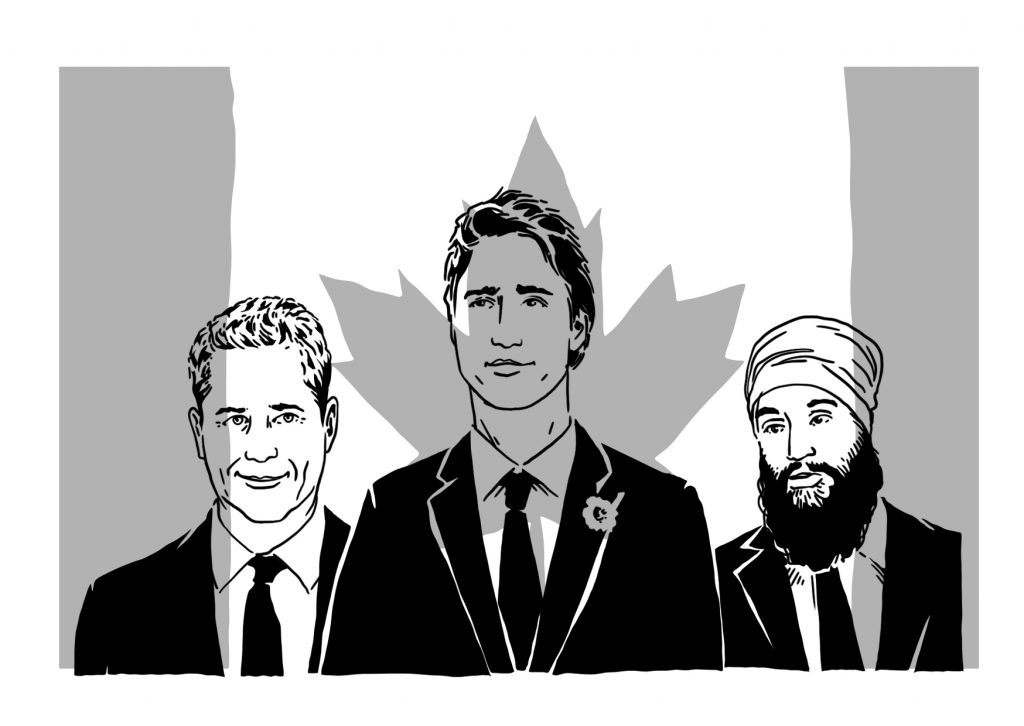 Last month, incumbent Prime Minister Justin Trudeau and his Liberal Party secured another term after winning one of the most unpredictable elections in Canadian history. Despite the victory, Trudeau’s party was reduced to a minority government this time, where they only won 157 of 339 possible seats.

The election was highly-contested largely due to Canada’s regional divides with wholly different ideas on how to tackle numerous policy problems. Domestically, the most pressing issues remain climate action and electoral reform. In a world that is gradually becoming more unilateral, Canada faces the prominent challenge of being caught in a diplomatic conflict between China and the United States. Breaking down these core issues, along with the implications of a minority government in Canada, are essential to understanding the aftermath and present impacts of this election.

What has changed after this election?

Conservatives are now the main obstacles to the Liberals’ legislative decisions. Despite remaining in power, the Liberals lost the popular vote to the Conservatives by one percent. The more socially liberal New Democratic Party (NDP) experienced a crushing defeat as they were reduced to 24 seats only. Despite a highly charismatic and engaging leader in Jagmeet Singh, who is the first member of a visible minority to lead a federal party, the party suffered a major setback.

The Bloc Québécois, which continues to promote Québec sovereignty and is the only federal party that represents the interests of one province, showed a minor resurgence with 32 seats. Lastly, the Green Party, which is still known nationally as a single-issue party on environmentalism, enjoyed its best results yet with three seats.

What political trends did this election reveal?

Canada is remarkably divided among metropolitan and rural cleavages. This divide immediately translated itself into federal politics. Following the defeat of the Conservatives in this election, November polls showed that support for separation from Canada in Alberta and Saskatchewan, two provinces known for their conservative politics, were at an all-time high. These sentiments immediately turned into a political movement that is now colloquially known as ‘Wexit,’ in which a new federal party has already been founded with the leader planning to run candidates across Western Canada in the next election. These feelings of western alienation are a major factor why in the same poll, most Canadians felt that the country is becoming increasingly divided.

Yet, a brand of political division Canada has avoided so far is the rise of far-right populism across the world. The People’s Party of Canada, founded by former Conservative Party member Maxime Bernier, became the first populist party in Canada with far-right leanings; However, those who thought the party would make a splash in the election were instantly proven wrong, as they ended up with less than two percent of the vote. Bernier even lost the seat that he previously held.

What does a minority government in Canada entail?

The 14th Parliament is the only hung parliament in Canadian history that has lasted an entire term, while the average duration of a minority government is one year and 140 days.  As in most Westminster systems of parliament, laws introduced by the Liberals will now require the approval of other parties. This will effectively allow the opposition to stonewall any legislation they disagree with. The party in power could also form a coalition government with select opposition parties to ensure legislative success in the long run.

As in many past instances, the opposition of a minority government may also come together to introduce a vote of no-confidence against the Prime Minister in the House. If the vote passes, then an early election is held in which all seats in parliament are again up for grabs; However, this is a tactic that is used cautiously by the opposition as they risk losing more seats. A recent failed example can be found in 2011, where then-Prime Minister Stephen Harper’s Conservative government went from a plurality to the majority after his party was challenged with the no-confidence vote.

How will the Liberal Party govern moving forward?

Despite widespread support for cooperation with the NDP, Trudeau has already announced that his party is not looking to form a coalition government, and will cooperate on a case by case basis. The Liberals will need to carefully reflect on their legislative decisions, as they risk alienating their constituencies if they fail to cooperate with other parties.

Aside from his minority government, the past troubles that Trudeau has faced, both personally and politically, will continue to haunt him. The recent blackface scandal will be a political albatross that will circle him for the rest of his term. There is also the risk that figures involved in the SNC-Lavalin affair may reappear to hold him accountable again. Earlier this year, Trudeau had forced his Justice Minister, Jody Wilson-Raybould, to not prosecute SNC-Lavalin, a Québec-based construction firm on charges of bribery in Libya. Raybould’s insistence on prosecution led to her forced resignation and eventual exit from the party. With her being re-elected as an independent MP, there is little chance that this scandal will be swept under the rug entirely.

What domestic policy issues will be prioritised this term?

The biggest issue that will dictate public opinion for Trudeau’s second term is climate change. Due to Arctic amplification, Canada is now warming twice as fast compared to the rest of the world. Trudeau’s previous track record has not been bright, as his government chilled relations with both indigenous communities and climate activists by purchasing a heavily-contested pipeline planned to run through several indigenous reserves in Alberta and British Columbia.

Following re-election, Trudeau has already planned to enlarge his Cabinet with the creation of new environmental roles. For the Liberals to restore their reputation in this department, they would likely have to both cancel the pipeline construction and reform its newly-introduced carbon tax, as reports within Environment Canada state that the carbon tax would have to be raised significantly to meet Canada’s climate targets in the Paris Agreement.

What foreign policy issues will be prioritised this term?

The Trudeau government is unprepared to take on the difficult task of protecting Canada’s international interests. Canada has found itself walking alone on the international stage throughout Trudeau’s term in office. Last year, Trudeau’s government angered Saudi Arabia after demanding the Saudis to release two women jailed for pro-democracy protests and is continuing to wage a cold war with China.

Polling data suggests that Canadians support their government standing up for human rights, while 46 percent of Canadians believe that the country is not doing enough against China. In light of the Liberals’ struggle to find meaningful policy solutions, Canada seems unprepared to take on that mantle for now.

Last December, due to its extradition treaty with the US, Canada was caught in a diplomatic funk when it was ordered by American authorities to arrest Huawei CFO Meng Wanzhou in Vancouver to be extradited to the US on indictments of evading sanctions in Iran. In retaliation, China arbitrarily detained two Canadians, sentenced two other Canadians to death on drug-related charges, and also ordered a blanket ban on all Canadian imports of canola oil, of which China is its biggest buyer. Few, if any, of Canada’s allies came to its defence.

Canada’s continued arms deals with Saudi Arabia, despite the Saudis’ mounting human rights abuses in its invasion of Yemen, remains a pressing issue. Even with pressure from international organisations, as well as the Saudis’ being $3.4 billion behind their payments, Canada has refused to call off the deal.

Canada is currently at the forefront of the global climate change movement and the return of great power politics, more specifically in the diplomatic clashes between China and the US. Both issues have similar concerns in the form of growing international unilateralism; The surge in power politics has caused states to abandon cooperation in order to gain more or keep power, while climate change, a global crisis, is being ignored by many of the world’s most powerful actors. International unilateralism, along with Canada’s growing regionalism, reveal that there are only challenges ahead for Trudeau’s Liberals.

Sean Wu is an exchange MPP student from the School of Public Policy and Global Affairs at the University of British Columbia. His research interests are focused on Canadian and European foreign policy, cybersecurity, and digital diplomacy. With a professional background in digital marketing, he looks to create insightful content that will generate interest in complex policy issues among the general audience.