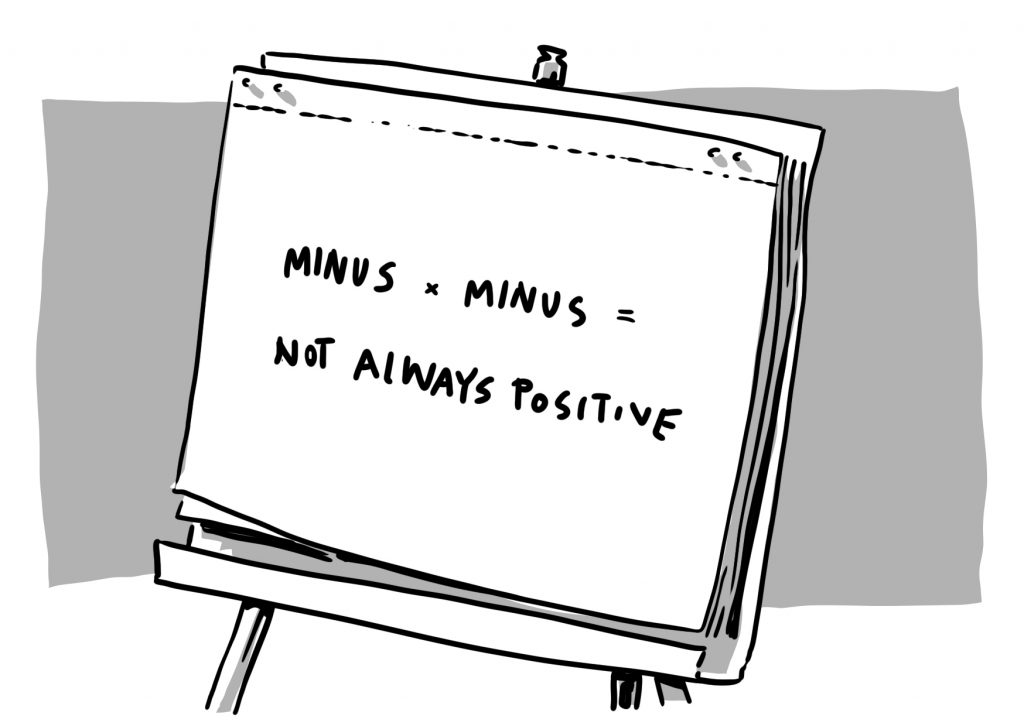 Having more than one aspect to your identity, means that you can be discriminated in more than one way at the same time. That’s what Intersectional theory seeks to tackle. At the recent Cracking the Ceiling Conference, experts attempted to draft a roadmap for how these insights should be implemented by policymakers

The future is intersectional, reads the slogan heard these days at most left-leaning protests. It reflects a recognition that individuals have more than one identity, our lives do not revolve around a single issue. The street protesters that repeat it take into consideration that all different forms of identity – and therefore, of discrimination – are connected. So what can’t policymakers do the same?

Intersectional theory postulates that most forms of discrimination are linked, be it on the basis of gender, sexuality, race, class, or any other sub-category. A person who is female, Australian, Vietnamese and queer might struggle with different, cross-cutting forms of discrimination that feminism alone — if defined as the equality between men and women — does not cover.

The term was coined by American activist Kimberlé Crenshaw in 1989, in relation to the experiences of black women in the United States, which went unrepresented by the feminist movement that was predominantly dealing with the issues of white women. Today, intersectional approaches are being taught at most major universities and increasingly incorporated into mainstream feminism.

How this progress may be translated into policy making was the main question addressed at this year’s Cracking the Ceiling Conference, which took place on April 6th at the Hertie School, organised by the Gender, Equality and Sexuality Club. Leading activists and policy experts discussed the conference’s theme “Policy making in the era of intersectionality” and made practical suggestions for an intersectional future.

During the opening statement, Emilia Roig from the Centre for Intersectional Justice introduced the conceptual framework and its urgency to policy making. “Many people argue that gender is not an issue anymore”, she said, “but it is”.

She went on to explain that there is a series of interlocking systems which create and reinforce different forms of discrimination based on the socially constructed triad of gender, race and class. The patriarchy proliferates sexism, homophobia and heteronormativity. Our capitalist economic system divides people by their social class and disfavours people with disabilities. Colonialism has deep implications for racism and the exclusion of people due to arbitrary border regimes.

Emilia’s talk stressed that we need to tear down these systems in order to build an intersectional future. She criticised, however, the fact that most anti-discrimination frameworks in Germany and the rest of Europe focus on the individual, which to her is only the tip of the iceberg. To unleash its full potential, the intersectional approach needs to tackle structural, institutional and historical aspects of discrimination.

The following panel discussion yielded another how-to suggestion: To make good intersectional policy, it is necessary to include in the process the people for whom we are making this policy. Iris Rajanayagam from the art collective Xart Splitta spoke of the importance of empowerment work to increase the visibility of those marginalised and increase their agency and representation. Too often diversity policies do not actually cater to the targeted group.

Emilia argued that we need to tackle the most marginalised first, the “sticky floor” of society, and especially the care sector. She highlighted that women who stay at home to care for their children perform labour that is not recorded in official economic statistics like the GDP. As soon as a woman decides to enter the “official” labour market and hire someone to take care of the kids, two new positions are created — yet child care work was already being performed before, for free. On top of this, hired care workers are often underprivileged women from lower social classes, leading to further stratification of the labour market. The heteronormative nature of the labor market is sexist and classist at the same time – which needs to change.

But implementing intersectional policy faces great challenges. The main issue cited by the panelists is the distribution of power: Those in power are not interested in relinquishing their structural privileges and oppose change. Instead, they make minorities compete with each other for small gains in a “divide and conquer” strategy. “There is a ‘competition’ between different grounds for discrimination in policy making”, said Petra Ahrens from the University of Tampere.

Emilia explained that diversity policies often transpose the discrimination of one group onto another. One example is the legalisation of same-sex marriage, which transferred the discrimination previously faced by gay and lesbian couples onto gender non-conforming people, whom the policy does not include.

The understanding of intersectionality is often tainted by a neoliberal understanding of diversity that favors tokenism, added Iris. People from minority groups are hired only because they represent a certain group, being “tokenised”. If diversity policy is not intersectional and does not take into account different forms of discrimination, the result will be distorted.

And if it is not possible to make policy changes through governmental channels, civil society work can help, argued Vicky Truong, an activist working to empower the Asian diaspora in Berlin through dedicated events. In these safe spaces, people can discuss the discrimination they face as a community and deconstruct the value judgments attached to the social categories they are put in.

The message of the Cracking the Ceiling Conference is simple: Intersectional approaches can help make better policy. It is a tool for deconstructing the hierarchies of power that dictate policymaking, and it helps account for different forms of discrimination when designing new policies to promote equality. The conference ended on a critical, yet hopeful note: Even in the face of discrimination, we should focus on empowering ourselves through our community, and will eventually rise to abolish the prevailing structures of oppression.

Laura Dubois studies International Affairs at the Hertie School and works part-time as a journalist at the German Press Agency. She holds a bachelor’s degree in Politics and International Relations from New College of the Humanities in London. Laura is interested in economic inequality, gender and critical theory. Outside of academic life, she loves good food, celebrity gossip and cold beer.