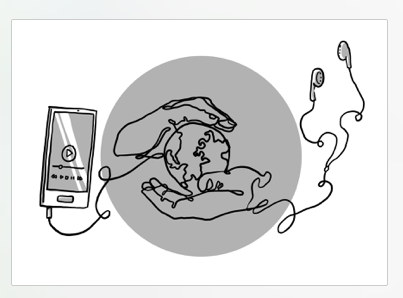 Nick Lloyd-Kuzik explores the alarming loss of biodiversity in ecosystems around the world and reflects his interview with Pulitzer Prize winner Elizabeth Kolbert following her visit to the Hertie School of Governance.

Dr. Selena Ward is a marine biologist at the University of Queensland in Brisbane, Australia. It should come as no surprise that Dr. Ward’s work is focused on the Great Barrier Reef, a 2,300-kilometre band of dense and brilliantly colourful coral that stretches along the entire coast of Queensland in northeastern Australia. For those who have never seen it up close, it’s difficult to overstate the concentration and vibrancy of life on the reef. If you’ve never seen it before, take a look before you read the rest of this article. Even if you have seen it before, now might be a good time to refresh your memory.

Just as it’s difficult to overstate the beauty of the reef, it’s perhaps impossible to overstate the reef’s ecological importance. Tropical waters are actually relatively barren outside of the bustling reefs. An apt analogy would be to compare a reef in tropical waters to an oasis in a vast desert. Without the reefs, an enormous number of marine species would have no place to feed, seek shelter, or breed.

Most people are now familiar with the concept of global warming driven by carbon-rich emissions. Fewer people are aware that the oceans are absorbing a tremendous amount of that carbon from the atmosphere, resulting in the water becoming more acidic over time. The marine organisms that grow shells for defence or deposit minerals to live on (think corals) are required to expend more energy to complete these tasks in a more acidic environment. As acidification continues, shell and coral building will become impossible.

In 2012 Dr. Ward taught a marine biology course I was taking at the University of Queensland. One slide she presented in that class has stuck with me ever since. She showed us a projection of ocean temperatures and pH levels and informed us that the reefs of the world could be more or less dead and dissolving into the ocean by 2050 if trends continue. If you’ve never seen a dead or dying coral reef, this is what it looks like.

The Great Barrier Reef is the world’s largest living structure and is home to over 9,000 marine species. Coral reefs more broadly are considered to be the most biodiverse ecosystems on the planet.

To clarify the significance of the above statement, Dr. Ward said that the most biodiverse ecosystem in the world that also props up an enormous share of global marine life could be gone within 30 years.

Back in 2009, Dr. Ward was visited by the journalist and author, Elizabeth Kolbert, to whom she relayed the same devastating outlook. Elizabeth, a staff writer for The New Yorker, was working on a book about the surprisingly high rate of species extinction observed by scientists all over the world in recent decades. Australia was just one stop on her global hunt for stories of extinction and threats to biodiversity that also lead her across Europe and the Americas.

Kolbert’s resultant book, The Sixth Extinction: An Unnatural History (published in 2014, awarded Pulitzer Prize for general nonfiction in 2015), argues that humans have brought about the sixth major extinction event in earth’s history through rapid redistributions of species and anthropogenic climate change amongst other mechanisms. Just like Dr. Ward shocked us with the rate of coral reef damage, Kolbert shocks with stories of the similarly blistering rate of biodiversity loss in biomes the world over. The almost instant disappearance of the once ubiquitous golden frog in South and Central America, the decimation of bat populations across North America, and the struggle of countless species to keep up with habitat fragmentation are just a few of the stories that Kolbert provides as evidence.

Kolbert reminds us that broad scientific support for the concept of extinction is relatively new. Extinction was first proposed by French naturalist, Georges Cuvier, and wasn’t widely accepted until the early 19th century.  It wasn’t until the late 19th century that the idea that humans could protect against extinctions surfaced, and later still the notion that humans could be directly responsible for extinctions. Scientists have since discovered that there have been a number of mass extinction events throughout the history of earth, five of which are considered major extinction events.

In the same way that scientists have only relatively recently begun to understand extinction events, our understanding of human effect on nature has only just begun to catch up with our impact. As Elizabeth Kolbert and many others observe, we are the first generation to understand our impact on nature and the environment, and probably the last to be able to do anything about it.

Humanity’s impact on nature is so profound that many scientists support the declaration of a new geologic epoch, the Anthropocene. This epoch is defined by the way human activity has now left a trace on all ecosystems, from the presence or absence of flora and fauna to the composition of the air and water. An observer in the distant future would be able to identify the emergence of humans and the subsequent environmental changes easily in earth’s geology. The loss of species in the Anthropocene is particularly striking. Some estimates put the current extinction rate at about 1,000 times higher than what would otherwise be expected. This is the Anthropocene extinction.

Kolbert observes that perhaps the Anthropocene will be the most prominent and long-lasting legacy of humanity.

On October 31, Elizabeth Kolbert visited the Hertie School of Governance to discuss her experience as a journalist and author on environmental issues over the past 20 years. I was able to sit down briefly with Elizabeth to discuss the sixth extinction and what policymakers can do to help spread the word.

You can listen to the full interview here.

The interview with Elizabeth is part of GovPod, a new podcast series at Hertie with interviews and student panel discussions on borderless issues.

Is there someone you’d like to interview? Do you want to build your media portfolio? If you’re interested in contributing to GovPod, reach out to hertiepodcast@gmail.com. 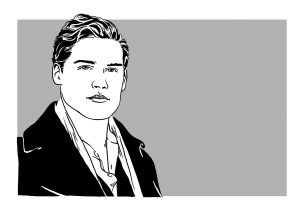 Nick is an exchange student at Hertie studying his masters of public policy at the University of British Columbia in Vancouver, Canada, specializing in environmental policy, sustainability, and health. In the past he has worked as a consultant on major infrastructure projects as well as in a variety of roles in healthcare and health research. He is also the producer of the podcast programs PRT Weekly at the University of British Columbia and GovPod at the Hertie School of Governance. Nick’s ongoing interests include energy governance as well as environmental health and health governance.