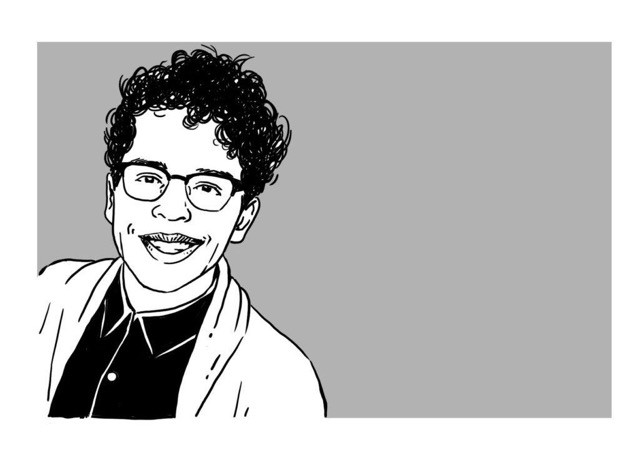 Following up from last year’s UNFCCC COP 23 meeting in Bonn, MPP Student Rodrigo Jiménez Silva provides an update and overview on all the latest happenings in the world of climate action

It should not surprise us if, in history books, the negotiation process of the Paris Agreement were to be described as a watershed on multilateral climate action. Its importance will rely on the fact that for the first time, the aim was to achieve a universal hybrid of legally and non-legally binding climate agreement to keep global temperature rise below 2ºC, as well as taking efforts to limit this increase even more.

One of the key factors that future reviews will highlight is the proactivity and diversity of the stakeholders involved – coming from the private and public sectors, civil society, the scientific community, academia, and even from different levels of government, for example, cities, states and regions. The history books will likely also say that the engagement lasted and increased in the years after its entry into force, despite several challenges. Some of them could be countries withdrawing from the climate framework, the financial barriers to green technologies, the disagreement between and within nations on how to better tackle climate change, and perhaps because of the complexity of the Paris Agreement implementation and the difficulty to explain the real repercussions of climate change to the average citizen – beyond those that we experience in daily life.

At the UN Framework Convention on Climate Change conference of 2017 (COP 23), held last November in Bonn, for the first time a small island nation and developing state assumed the leadership role in global climate action. Under the Fijian Presidency, COP 23’s key aim was to further build the global consensus, but more specifically to develop guidelines on how the Paris Agreement provisions are to be executed in terms of transparency, adaptation, finance, capacity-building, and technology. After days of negotiations and several side events and meetings, announcements were made on this wide range of topics.

COP 23 certainly did not make headlines like COP 21 did three years ago, though significant progress was still made. Despite results of such an important international conference not being clearly immediate, some of the outcomes of last year’s COP include an Ocean Pathway Partnership that will seek to act in concert to keep oceans healthy. Others included important funding announcements to support the clean energy transitions around the world, a historic step forward in agriculture as the second biggest emitter (after energy), and a gender action plan to include women in the decision-making related to climate change. Regarding the implementation guidelines of the Paris Agreement, which are set to be hopefully finalised sometime this year, member countries still have a long way to go.

As you may know, the Trump administration expressed its intention to withdraw from the climate framework, to begin negotiations once again to either re-enter the Paris Climate Accord or a “really entirely new transaction” that would be –in the eyes of Trump– fairer to the United States. Despite this, the country was represented at COP 23 by two delegations: one formed by US negotiators and coal company representatives promoting cleaner fossil fuels, and the second made up of a group of governors, mayors and business leaders called the ‘We Are Still’ In coalition. What has also made news in the past months is that both Nicaragua and Syria (the two remaining countries out of this climate framework) have now joined the global pact, leaving the U.S. alone on the other side of aisle all by themselves.

A month after the Bonn conference, the French government hosted the One Planet Summit in Paris with the help of the World Bank President and the UN Secretary-General. Some critics saw this event as an effort overlapping with COP 23, or even as an unnecessary gathering, whose deliverables were to be improvised simply for the sake of having them. The summit continued on from the second anniversary of the Paris Agreement, and sought to position France as the new champion of climate action, at least in the political sphere.

Different commitments at the One Planet Summit included deeming the Caribbean the first ‘Climate Smart Zone’, carbon market collaboration including the launch of Carbon Pricing of the Americas (between Canada, Colombia, Chile, Mexico and some states of United States), the announcement by China of the standardisation of its carbon market, commitments towards decarbonised transport, and the engagement of 20 public development banks to align their financing with the Paris Agreement. Macron encouraged the participants during the event to “think long and hard” about their commitments, as the international community would hold them accountable.

There is no doubt that we will continue talking about energy. Notwithstanding that its demand is set to gradually decline in advanced economies, according to the International Energy Agency’s World Energy Outlook 2017, elsewhere, the economic expansion will have much stronger implications – particularly in those countries in which energy-intensive activity dictates a high share of GDP. In a “new policies scenario” (in which existing policies and announced intentions are successful), global energy needs will continue to rise. This would be equivalent to adding another China and India to today’s global demand. Electricity will be a rising force in the final consumption of energy, making up to 40% of this rise by 2040. In fact, China would need to add the equivalent of today’s U.S. power system to its electricity infrastructure, while India would need to add a power system comparable to the EU’s – both which would have to be accomplished by 2040.

Although we have seen decoupling of economic growth and energy-related emissions (despite greater energy demand) in the last years – highlighting the role of technological progress and efficiency measures – 2017 was the second hottest year on record and had the first rise in global CO2 emissions in four years. Several natural disasters impacted islands and cities, proving (and sometimes uncovering) their vulnerability to climate-related risks. As the World Economic Forum reports in its Global Risks Landscape 2018, extreme weather events have ranked higher than average for both likelihood and impact over a 10-year horizon. This year, more than ever, climate action should be a policy priority and a global concern. Abnormal heat waves, hurricanes, floods, droughts, and other climate-related risks are already happening and serve as a harrowing foreshadowing for the new normal.

As an international negotiations enthusiast, I believe that the climate conferences have kept up the momentum, but need to show tangible results as soon as possible, beyond mere political will. Clearly, the engagement of the international community and stakeholders remains high despite the orange elephant in the room, which wishes to influence the decision-making even when it is set to withdraw from the climate accord. Another concern I have is whether the capital that is being invested in combating climate change and enabling the global energy transition to cleaner technologies will address other pertinent gaps. Will it be gender-responsive and ensure access to energy infrastructure to all? How can we ensure this? In the end, as someone whose name I, unfortunately, do not recall, stated during COP 23, “if the transition does not work for everybody, then it is not a transition”.

There are hefty hurdles along the road to tackling what is perhaps the greatest challenge faced by humankind. These challenges necessarily depend on how high-level advocates, who often stand closed in a bubble far from reality cheering each other on, can involve the normal citizen in climate change dynamics. How do they convey the necessary information? How are we changing our own niches? And what, in the end, will the history books have to say about this? 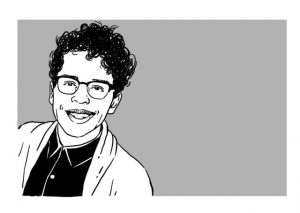 Rodrigo Jiménez Silva is a Master of Public Policy Candidate at the Hertie School of Governance, funded by the Energy Sustainability Fund of Mexico’s National Council of Science and Technology (CONACYT). He worked on international cooperation at the Ministry of Energy of Mexico and has worked at the OECD on communications and social media. He is a member of Mexico’s Council on Foreign Relations (COMEXI).