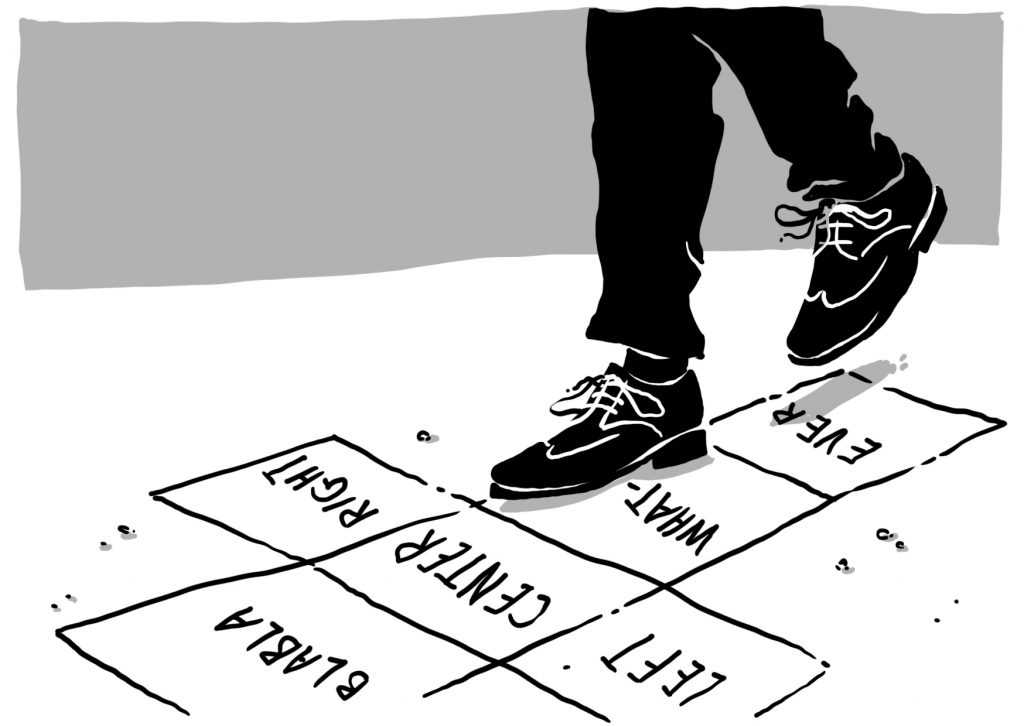 Germany’s Social Democrats find themselves again in a reoccurring nightmare – the grand coalition. This will be the party’s demise and will endanger Germany’s democratic landscape, warns MPP student and SPD member Tim Stadtaus.

“Then put your little hand in mine – There ain’t no hill or mountain we can’t climb!” Caught in an endless loop of repeating the same events over and over again, Bill Murray wakes up every morning to this song in the movie Groundhog Day. As a member of Germany’ Social Democratic party (SPD), I finally understand how he must have felt.

In September 2017, Martin Schulz led the SPD to its greatest defeat in national elections since the party’s foundation over 150 years ago. All hope seemed lost. But during election night, Schulz stepped in front of the cameras and declared – amid this horrible defeat – that the party’s days of sitting in the grand coalition as Chancellor Angela Merkel’s junior partner, were finally over. Enthusiastic SPD supporters cheered and applauded. They believed that the party will rejuvenate itself, become a true opposition to Merkel and the CDU. They had lost the election, but they did not lose hope just yet.

One failed round of “Jamaica” coalition talks and a lot of beers later, my phone is buzzing. It is a rainy January evening. All SPD members receive an e-mail from Martin Schulz after the decisive party convention, announcing that the SPD has just decided to commence coalition talks. With the CDU. Again.

Andrea Nahles, vice chair of the SPD faction, has managed to convince the party delegates. Screaming, she urged them to consider all the progress that could be made inside a GroKo, the grand coalition’s nickname. Just like before, when the SPD introduced a minimum wage for first time in Germany, the social democrats will set the agenda! They would be the ones improving people’s lives, making a difference! Why wouldn’t the voters show their gratitude for such efforts four years down the line?

The answer is simple: Because they never have. The SPD came out weaker of each grand coalition it entered in the last 12 years. The only time they gained votes since Angela Merkel became chancellor was after the party sat in the opposition. And although the SPD has made meaningful policy changes in both coalition governments, their success did not boost the voters’ support. Now, with Merkel about to enter her fourth term, there is no reason to believe that this trend will reverse itself.

The last GroKo has lost a combined 13% of votes, despite solid economic numbers and low unemployment rates. People seem to want more than a couple of policy tweaks. The SPD understood this on election night. True change and a real appeal to voters could only be created after the SPD would become an opposition party. Only by being out of the Merkel government, could they break the chain and credibly present an alternative to the ‘iron chancellor’.

Supporters of the GroKo are immune to such logic. They flatter themselves by claiming to be the reasonable faction of the SPD. In their mind, the country, Europe and the whole world is in such dire need of a German government by now, that entering into yet another grand coalition is a small price to pay. But what seems like statesmanship at first glance is nothing but short-sightedness.

Whilst a functioning government might be a goal to aspire to, another GroKo does not promise true leadership. By nature, a GroKo is all but progressive. Proof can be found in the draft agreement by the CDU and SPD. Martin Schulz’s vision of a “United States of Europe” was translated mostly into commitments for unity in Europe and some alignment in taxation. No one truly expects profound policy change from a government that has Merkel at its wheel and ultra-conservative CSU in the back-seat. A grand coalition means centrist policies at best, and stagnation at worst. The possible courses for Europe right now, however, are rather binary: either truly deeper integration or a fallback to more nationalism. This centrist, divided GroKo will not be able to provide a clear direction when faced with such alternatives.

A final argument of GroKo supporters is fear: the fear that a fresh election might yield a marginalised SPD and a strong AfD. And while these fears might be somewhat justified, they are also short-sighted. Large parts of the AfD’s support can be explained by frustration with the established political spectrum as a whole. People vote for the AfD precisely because they believe it is the only alternative to the current policies. The radical right-wing party is going on tour with slogans like “Merkel muss weg” (Merkel has got to go) and, much like other populist movements, it relies on their distinction from the political establishment to create their brand. Another grand coalition will lead the party to reaffirm its role as the only “alternative” in German politics. Social Democrats should have the courage to prove them wrong.

Will the SPD lose votes in the case of new elections? Maybe, but they could also commit to a coalition with the Greens and the Left party ahead of elections, presenting a true alternative to Merkel. Let’s not forget, these three parties had a majority in parliament until September 2017 and there is no reason to believe that they could not pull this off again.

Ultimately, the SPD has the choice between a sure loss four years from now, or taking a risk today. But fearing to worsen its position in the short term, it will likely end up in another grand coalition. And so, the SPD wakes up every morning to the same song, with Merkel lying by its side: “I got you babe.”

Tim Stadtaus is Master of Public Policy candidate at the Hertie School of Governance in Berlin. He studied Philosophy and Economics in his hometown of Frankfurt and graduated with a thesis on the moral dimensions of climate change. He also worked on a regulatory project in the banking sector before starting his master’s studies.