As the integration of refugees in Germany becomes an an increasingly pressing issue, MPP student and Governance Post editor Vaishali Venkatesh Prasad takes a deeper look at the hardships faced by women in refugee centres.

Anti-immigrant sentiments have been on the rise across the European Union in recent years, and constitute one of the key themes of this year’s elections in France and Germany.  In 2016, according to Eurobarometer, 63% of the respondents across Europe reported having negative attitudes towards non-EU immigrants. In Germany, which received close to  one million refugees in 2016 alone, this number stands at 59%. These anti-immigrant sentiments are in part driven by incidents such as the sexual assaults in Cologne and other such incidents which have had a significant impact on migration policies, as well as in forming public perceptions towards refugees in Europe today. In Germany, 61% believe that welcoming more refugees would increase domestic terrorism, a view that is also fuelled by increasing anti-Muslim sentiments throughout the EU.

This homogenised public narrative of the refugee as being male and ‘unassimilated’ into European culture (“Young, strong men”, as the current American president has called them) is undoubtedly popular in the public imagination today, and is possibly behind many anti-immigrant sentiments across the EU. It is also a travesty in that it ignores the complexities and challenges faced by different refugee communities. In particular, the experiences of female refugees in Germany and the problems of gender-based violence in refugee centres calls for a greater understanding of the lives of female refugees. There is a critical need to directly involve them in the policy making process.

Women face many different problems during the migration journey, in refugee centres and subsequently during their integration to society. They face a higher risk of violence, sexual abuse and trafficking during migration, with perpetrators ranging from smugglers to family members. After arriving in refugee centres, women also face more difficulties in obtaining an asylum status as their applications are seen as less credible. Further, women and other vulnerable groups face particular gendered problems in the refugee centres.

Refugee centres are typically overcrowded, with no sex-separated toilet facilities for women and children. In many centres, there is still no separate housing for women and many places do not have proper locks. Centres housed in former military barracks and other old buildings often have long and dingy corridors, which have resulted in many incidents of violence and sexual abuse, especially at night. These incidents remain largely under-reported as female refugees are hesitant to report incidences of sexual assault, in part due to their inexpertness with regards to the German legal system, and particularly when the perpetrators are family members or security guards working at the centres.

Female refugees also face barriers in seeking access to health care for many reasons. For one, language and cultural barriers make it difficult for women to discuss sensitive medical information with the staff at the centres. Secondly, health care provisions are often restricted to emergency care of acute diseases.

Most importantly, there is little access to mental health facilities. Lack of employment opportunities in the refugee centres and uncertainties of asylum procedure, as well as the extreme trauma caused by war and the difficulties of the migration journey altogether contribute to the variety of mental health disorders faced by refugees. Among female refugees, this is compounded with the threat of gender-based violence and the role of becoming the primary breadwinner of their families. There is a severe need to provide psychological care for refugees experiencing Post-Traumatic Stress Disorder (PTSD) and other anxiety disorders.

Among female refugees, young girls and single unaccompanied women face greater challenges in the refugee centres. They are at higher risk of forced trafficking during the migrant journey, and are also more likely to be forcibly married, in order to avail of the family reunification provisions available in the German asylum law.

Proposals of the German government

In December 2015, the German government proposed the following measures for greater assistance towards female asylum seekers:

These measures have helped in increasing the safety of female refugees, especially in terms of bringing locks to shelters and creating sex-segregated toilets. However, challenges still remain at a systemic level, with regard to empowering female refugees and providing greater mental health facilities.

Many policy prescriptions towards improving the lives of female refugees tend to treat them solely as victims who require protection, without actually engaging them in the discourse on refugee policies. We need to move beyond the perception of female refugees as passive beneficiaries of refugee assistance programmes, and instead seek to actively engage with them on the very issues which affect them directly. Greater representation of female refugees in organisations that work on refugee-related issues, be it improving mental health or redesigning asylum centres, is crucial.

Female refugees have also expressed a high desire to integrate the workforce – according to studies conducted by the Bundesamt für Migration und Flüchtlinge (BAMF), the German nodal agency for asylum issues, 85% of the female refugees surveyed have expressed a desire to work, believing that it would contribute to their sense of independence. Encouraging refugee women to play a more active role in decision-making would enhance their sense of empowerment and also help better address the particular issues faced by vulnerable communities.

The BAMF has developed German language courses for asylum seekers and integration courses for women. However successful integration cannot be achieved through skill development, if underlying mental health issues are not addressed. More than half of the refugees who arrived in Germany in the past few years have shown signs of psychiatric issues, in particular PTSD, anxiety and depression. Refugees are also at a higher risk of developing schizophrenia, all of which calls for urgent focus on developing mental health programmes in the country.

Understanding the lives of refugees, and in particular of women, requires that we try to put ourselves in their shoes, in order to even start understanding what they have been through. But more importantly, it requires of us to look beyond the narrative of the female refugee as a helpless victim, and focus on giving the community greater representation, a voice in the decisions which directly affects their lives. 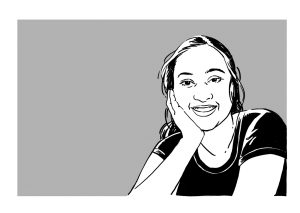 Vaishali Venkatesh Prasad is a Class of 2018 Master of Public Policy Candidate at the Hertie School of Governance. She graduated with a Masters in Economics from the Indian Institute of Technology, Madras. She is broadly interested in how institutions shape human behavior. In her free time, she dabbles in creative writing and competitive Scrabble. On twitter, she is @vaishalisvp.