On Saturday, 1 April 2017, the Gender Equality and Sexuality (GES) Club at the Hertie School of Governance will hold “Cracking the Ceiling”, their 2017 Gender and Labour Conference. Through speeches, panel discussions and interactive workshops, the conference hopes to foster a discussion on gender and work in the current global economy, and produce relevant ideas and potential solutions to address the wide gap in labour participation rates all over the world. More information can be found at crackingtheceiling.wordpress.com.

Conference organiser and GES club member, Emily Bell, spoke with the Governance Post’s Sara Cooper about her role in the conference, and what she hopes it will accomplish.

TGP: Why did you decide to get involved with GES and with planning the Conference?

I am from Birmingham, Alabama, a city situated in a conservative region of the USA. I studied economics and German studies at Wellesley College, an all-women’s university in Massachusetts. Wellesley provided a great forum to discuss salient gender and sexual issues in the USA, which were particularly prevalent where I grew up.

This is why I joined the GES club in my first semester at Hertie. The chair of the club, Sarah Worthing, spearheaded the idea of the conference and approached me to head it up. Now, I work in a planning committee of six to make this conference happen. We are a close and passionate group of people who are working hard to realise a successful and impactful conference.

TGP: Why do you think this conference is important, and what do you hope to accomplish after it is over?

Segregation and segmentation still exist within the job market, and there is a lack of gender-responsive policies for both men and women. For example, it is still the norm that women are offered a much longer maternity leave than men are offered paternity leave – if at all – in some countries. Social and cultural pressure in one’s community also plays a role: even if men are offered paternity leave, they may not take advantage of it, due to discouraging social norms at work or in the local community. Moreover, because the digital age has arrived, the labour market is changing but such policies have been slow to catch up. Therefore, continued discussion on equality at work, caregiving and the changing market is imperative.

Secondly, we aim to have an action-oriented approach to the conference to inspire both future and current policymakers to understand the challenges that face them and to make the right changes. This means that emphasising the importance of action and change in this conference is integral. We aim to challenge and problematise things that, for far too long, have been taken for granted, such as heteronormativity and the traditional roles for men and women in the workforce and in caregiving.

Lastly, gathering passionate students, professionals, and professors with diverse backgrounds and experiences is key to the success of the conference: we aim to foster and establish a network to keep this topic centre stage in the policy world and at our school. As the topic of gender and employment is complex and multidimensional, gathering participants with varying perspectives is invaluable to finding policy solutions and creating a foundation for change.

TGP: Why does this conference focus on labour and gender, as opposed to any other gender-related policy issues? Why did you choose the theme “cracking the glass ceiling” from the various issues surrounding gender and labour?

Good question! There were many current topics that we found salient for a conference related to gender. Ultimately, we felt that equality in the workforce and in caregiving was not only important to many members of the GES, as well as all of us at Hertie, whether as future employees, mothers or fathers, and policymakers. Equality is a fundamental right that is simply not yet realised.

My colleagues in the planning committee chose the title “Cracking the Ceiling” as it refers to women breaking through into the upper ranks of the labour market into leadership positions, such as CEO and board positions. This expression also extends beyond this to connote the breakdown of typical gender roles in the labour market for both men and women.

TGP: What do you think are the most pressing issues in today’s policy climate regarding gender and labour? Do you think we are close to reaching a solution?

For the conference, we chose three central themes to focus on: segregation and segmentation of the workforce; valuing care in society; and creating gender-friendly labour practices in a changing work culture. The first topic focuses on the challenges women face in ascending into the upper echelons in companies compared to their male counterparts, as well as breaking into male-dominated sectors. At the same time, men also remain under-represented in caregiving jobs. Although the principle of equal pay for the same or similar work was established long ago, it is yet to be fully implemented. Henrike von Platen, our keynote speaker, a long-time advocate for equal pay and initiator of the FairPay-Alliance, will discuss more on this.

Secondly, the provision of care in society has often been classified as a task for females. This has created further barriers to equal employment and access to the job market. Childcare and care for the elderly are often viewed as an obstruction to an individual’s (whether a man’s or a woman’s) productive role in the labour market, despite the fact that they are a necessity in our society, especially with ageing populations.  Furthermore, the concept of family life is changing, with same-sex parenting and single parent households coming into the picture more prominently and more frequently than ever before. Members of the LGBTQ communities and single parents face unique challenges that are often not addressed in policy.

Lastly, work culture is changing, with the advent of digitalisation, enabling workers to do their jobs remotely or in a more flexible manner. Therefore, we need to consider how flexible working arrangements can improve household division of labour. It is important to consider how digitalisation and these new models of working can help improve gender-friendly labour practices.

We have made significant progress within the last decades on the first two issues, but generally, a lot still remains to be done. This is why a policy and action-oriented conference like this one is so important!

TGP: What is the next frontier for gender policies? What do you think will be the issues regarding gender and labour in 10 years? What do you hope will be changed by then?

Although digitalisation of jobs can serve to improve caregiving and the division of labor in the home, gender policies in cyberspace and in the digital age remain to be fully explored. We hope to get a start on that in our conference.

In 10 years, I hope that equal pay for similar or same work will be fully realised and women will have equal access to the labour market. This also connotes that caregiving will be understood as a gender-ambiguous task (i.e. not necessarily a women’s job). However, the labour market is evolving at a fast pace given the advent of digitalisation, which introduces new problems to be tackled.

First off, this has received great support by Hertie and the administration, and because it is the first of its kind, we are looking forward to gender being paid more attention in discussions both inside and outside the classroom. Although the school makes a point of touching on this subject in a few courses, applying more emphasis to this topic and its surrounding challenges is imperative. The planning committee for the conference has noted that in some courses, the topic of gender goes unaddressed.

Addressing the issue of sex discrimination in the labour market is especially significant outside of the classroom, as many in the student body will probably confront these issues in their future place of work, or have already experienced them! Therefore, we aim to make those at Hertie more cognisant of its significance in all aspects of policy and policymaking. This will help prepare a generation of Hertie students to become aware, to be able to lead change and to make more robust policy decisions. 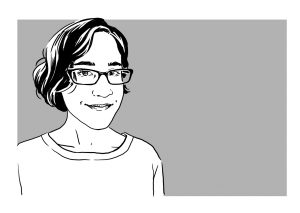 Sara Cooper is a Class of 2018 Master of Public Policy candidate at the Hertie School of Governance. She received her Bachelor of Arts degree in International Studies from The University of Iowa. Her research interests lie in exploring the factors that shape public understanding and civic engagement. 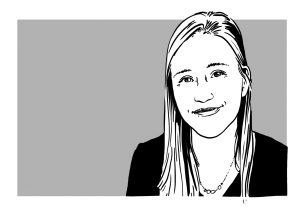 Emily Bell is a Class of 2017 Masters of International Affairs candidate at the Hertie School of Governance and has been an avid participant of the Gender Equality and Sexuality Awareness Club since 2015. In the past, she worked in social and economic policy research in the USA and attended an all-women’s liberal arts college in Massachusetts for her BA. In her free time, Emily enjoys coffee, southern American literature, and baking cakes.