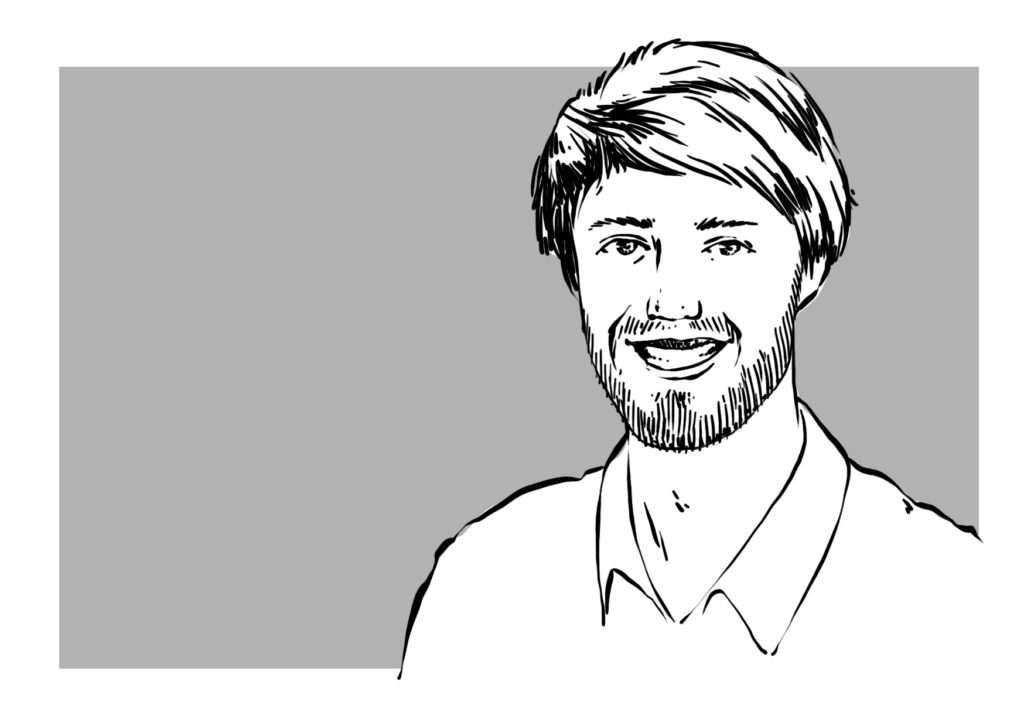 Few Hertie students are aware that the name Hertie originated from the Jewish-German Tietz family, forced out of business in Nazi Germany. A former employee of the Tietz’, Georg Karg, profited greatly from their loss. His heirs later went on to establish the Hertie Foundation and become the financiers of the Hertie School. The author argues that the history of the School’s name should be shared more openly.

I graduated some weeks ago after three thrilling years as an MPP student at the Hertie School. Blame historical ignorance, an overload of other research or whatever, but for some reason never in these three years did I ask myself where the name of this young school came from.

All I knew was that Hertie used to be a department store chain that went out-of-business in my youth, and instead put its money into a foundation which would later establish the Hertie school. When I mentioned this to my girlfriend, she told me that she heard Hertie had been a Jewish business. This immediately triggered my curiosity in regard to the meaning of the school’s name.

In 1882 Oscar Tietz, a Jewish entrepreneur, founded one of the first department stores in Germany in the city of Gera. The company quickly expanded to the rest of the country under the name of Tietz’ uncle and financier: Herrmann Tietz & Co. With ten stores including the famous KaDeWe, Berlin was Tietz’s most lucrative location.

However, when the Nazis rose to power in 1933, the fate of the company drastically changed. Tietz’s two sons, who now owned the company, were already facing difficult times; the Great Depression had slowed down sales and brought the company much financial stress. The Nazis made use of Tietz’s weak position to enforce their anti-Semitic policy of Aryanization—the removal of the Jewish community from economic life.

In the beginning, authorities tried to reach this goal without forceful confiscation (which later became the rule in 1938). In the case of Herrmann Tietz & Co., the pro-Nazi Dresdner Bank and others simply refused to give the company new credit, claiming back a loan of 14 million Reichsmark. Facing bankruptcy, the Tietz brothers were forced to accept the bank’s condition: handing over the operations to an Aryan management.

On the 31st of March 1933, the board cleared the way for Aryanization and the Tietz brothers were forced to sell their shares in the company. Historians estimate that the banks got a hold of the company at less than 10% of its actual value. The Tietz family fled Germany for the US, surviving the war but losing their livelihood.

Meanwhile, Herrmann Tietz & Co. flourished. The Dresdner Bank promoted Georg Karg, formerly a manager, to the position of CEO. Karg capitalized on the opportunity and quickly acquired all company shares from the banks. Shortly thereafter, he renamed the company Hertie, taking the first three letters of Hermann Tietz’s first and last name.

Karg appears to have been a typical opportunist. Although he was not a member of the Nazi Party, Hertie supported the war economy just like most other German companies and profited from cheap textiles produced in the Ghetto of Lodz. After World War II, Hertie continued to grow into a multi-billion Mark business—despite the company losing several stores in newly communist Eastern Germany.

In 1949, the Tietz family attempted to have their company returned to them. Offered a fraction of the amount they had lost, they eventually settled for a limited deal with Karg, who handed over three of Hertie’s department stores and a mere 5 million Mark in compensation. When Hertie was sold in the 1990s, its annual revenue had reached over 7 billion Mark.

The birth of the Hertie Foundation

Georg Karg passed away in 1972. His heirs set up the Hertie Foundation in 1974 with the aim “to carry on the life’s work” of their father. When Karstadt, a German department store chain, took over Hertie in the 1990s, the Foundation sold all of its shares. The end of the Hertie company also came with a wake-up call for the Foundation, whose non-profit status was questioned by tax authorities in the late 90s. A new management of the Foundation took over, expanding its activities. The Hertie School of Governance was founded in 2003, with a goal of preparing exceptional students for leadership positions in government, business, and civil society.

Sadly, so far the history of the Hertie name has been shared with far too few of these future leaders. Perhaps the management does not feel that it is necessary: the School and the Foundation do not bear a direct responsibility for what happened to the Tietz family and such histories are common among German companies. Many other corporations have done much worse and risen to new heights afterwards (Hugo Boss, for example, got big making SS uniforms). Nonetheless, Karg is definitely not without blame for capitalizing on the misfortune of his former employers during the time of a hateful, anti-Semitic political movement.

Here, the moral question is difficult and should be handled by sharing amore comprehensive historical account of the matter. In contrast with, for instance, the Bosch Foundation, the life of Hertie’s patron is of little relevance to the Foundation’s current work, and thus the fate of the Tietz family and the story of the Hertie name is nowhere to be found on the Foundation’s or the School’s website. Hertie’s name has also never been a topic discussed among students or by the School during my three years at the institution.

When I brought up these facts with the Foundation, they were open to answering my questions. However, for them, one limitation to open acknowledgement amongst all students is that as of yet, there is no clear historical judgment on this case–many historical facts are still unclear. Books about Karg and Hertie have been attempted, but never realized. Accordingly, it is difficult to communicate this part of their history to the outside world. Moreover, as a result of the tax troubles in the 90s, the Foundation went through significant changes and was left with weak links to its name-giver Karg.

While these arguments are valid, the presumed background of the Hertie name should be shared more openly. A university seeking to prepare students for careers in leadership, policy, and good governance should not shy away from the hard questions of its own history. Glossing over controversial facts, rather than openly discussing them from the beginning, leaves an uneasy feeling amongst many students. As long as Hertie carries its name, it will always be connected to the crimes of Germany’s past, regardless of how weak these ties are today.

Looking forward, the Hertie School could explore this story with the next batch of up-and-coming future leaders. A short history lesson during introduction week would go a long way in preempting similar discussions in the future and would fit the otherwise very open discussion culture between students and the School. Rather than approaching the topic with disdain or accusation, it could be treated merely as an important part of Hertie’s story, of which all community members should be aware.

The School is rightfully proud of its diverse student body, as well as its liberal international outlook; it should not be afraid to talk about less savoury history of its name. Hertie students have curious minds and should be encouraged to learn the story of Hertie–even if total historical accuracy is difficult to achieve.

And one day, maybe a Hertie grad will do Foundation and School the favour of writing that book about Hertie’s history. 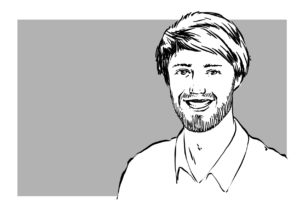 Tobias Bünder is a 2016 MPP graduate from the Hertie School of Governance. He previously earned a Bachelor of Liberal Arts from the University College Maastricht. Tobias deals mostly with Economic Policy and Sub-Saharan African affairs, but he aspires to do another degree in history when he retires in 50 years. In his childhood his family occasionally shopped at Hertie.