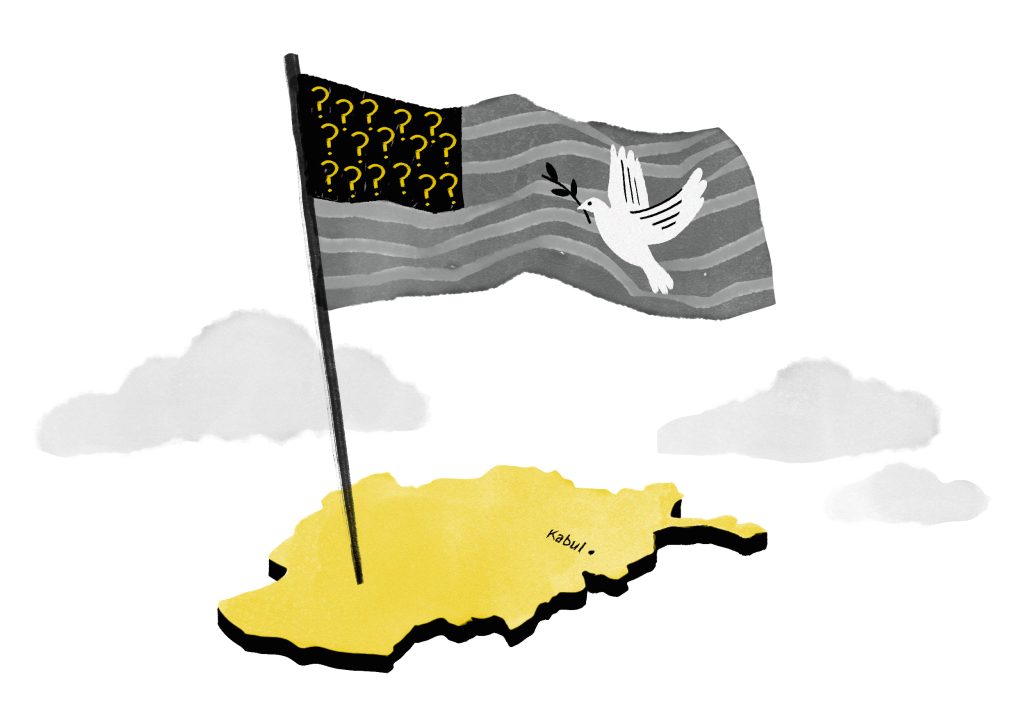 The foundations of this article and its arguments were first laid in a place where people go to appear to be intellectual: Twitter. Like my fellow humans, I too dared to tweet my impressions on what went wrong. How did an insurgency manage to overthrow a west-backed, legitimate yet poorly governed, democratic yet transparently venal government of the Islamic Republic of Afghanistan?  How did a 20-year long war, billions of dollars, and a coalition of countries fail to hold up against a fundamentalist insurgency?

Afghanistan and its struggles have scarcely been absent from our newspapers and books in the past decades. Be it the military overthrow of its modernist monarchy, the communist coup that came after it, the Soviet invasion not long after, the financing of the Islamist guerilla movement by the United States engendering the rise of the Taliban, and its overthrow and subsequent return to power, Afghanistan has been the battleground where ideologies and interests of the world have clashed. Two superpowers have tried and failed to maintain their influence over the region, governments have come and gone, cities overrun and retaken. Amidst the politics of this internecine conflict, the world has focused overly on the ‘big picture’, ignoring the more nuanced aspects of one of the most tumultuous regions of the world. It is one such nuance this article aims to focus on, the oft-overlooked entity, the Islamic Republic of Afghanistan.

Enough scholars might disagree with my characterisation of the Islamic Republic of Afghanistan as a puppet State. After all, the Afghan regime was a democratically elected government (allegations of electoral fraud notwithstanding), which took its own decisions and was internationally recognised. However, all this ultimately amounts to nothing if the State isn’t sovereign. This article posits that the Afghan Republic’s failure to uphold the basic tenets of sovereignty engendered the resurgence of the Taliban. Sovereignty is the beginning and end of a State. It is the foundation of the authority of a State and the underpinning of its legitimacy. A State’s ability and authority to exercise power is what confers upon it legitimacy in the eyes of the people. Take it away and the State crumbles. This understanding of sovereignty and its vitality for nation-building provides the underpinning for the following recommendations to any inchoate States hoping to avoid the fate of the Islamic Republic of Afghanistan:

Create a politically and militarily sustainable and independent government

For a government that was constituted due to a foreign invasion, this remains one of the most difficult objectives to be achieved. Politics and Afghan history is replete with complex relationships and actors, and manoeuvring these intricacies required skilful statesmanship and diplomacy. The People’s Democratic Party of Afghanistan came into power with the help of the Soviet Union, only to be later removed from power by them and all but making the case for the PDPA being a puppet regime.

In a country with such a history and given the fact that the Islamic Republic of Afghanistan was also similarly formed after a US-led foreign invasion and with foreign backing, there always persisted some doubts over its legitimacy and independence, both from within and without. Considering the US’s tendency to seemingly undermine its “ally”, most recently through the 2020 Doha Agreement, which not only invited the Taliban to play a role in Afghanistan’s political future, but did so without including the ostensibly democratically-elected government of Afghanistan. Whether the US is culpable under International Law for the damaging effects its unilateral actions had on Afghanistan, is a question best explored in a separate article, or the courts, but what is certain is that any pretence of sovereignty and legitimacy that the Islamic Republic maintained was lost in eyes of its adversaries, the Taliban.

Coupled with the aforementioned political side-lining , one must remember that the Afghan armed forces largely depended on its US and NATO allies, especially for training and air support. Since this was a training wheel that they never really grew out of, when the time came for US’s withdrawal, a withdrawal that came in the throes of a Taliban resurgence, it was not surprising that the Afghan forces were routed as quickly as they were.

Never do things halfway (like everything else in life).

Given the fact that the Islamic Republic of Afghanistan was a product of the US-invasion and that, throughout its lifetime, was embroiled in an insurgency waged by the Taliban, any peace negotiation should have been made from a position of strength and should have included, in some or the other way, the demobilisation and de-arming of the Taliban. This should have been leveraged in exchange for formal political participation, and perhaps coupled with a general amnesty for the atrocities committed during the insurgency. While it is a distasteful solution that lets the perpetrators of heinous crimes go scot-free, one can argue that it might have at least significantly diminished the Taliban’s incentive for militancy, and precluded their eventual resurgence. While this might have been one pathway towards eliminating the Taliban insurgency, the overarching lesson remains. Had the United States stuck by the Afghan government, at least until the extent of including it in its talks with the Taliban, perhaps the Taliban would not be in sole control of the country today. Colombia’s agreement with FARC, one of its insurgent groups (although other rebel groups still exist) could be considered as a paradigm for countering insurgency through negotiations.

Win the populace, not the country.

The Taliban has claimed that their swift reconquest of Afghanistan is indicative of the support afforded to them by the general public of the country. While that may be an incorrect claim, as conquests are won by arms not by affection, one cannot ignore the unpopularity of the previous government. Considered venal and rampant with vested tribal interests, the government had failed to gain and retain the support of the ordinary populace. Most of the ineffectual leadership were viewed as Afghans who were out of touch with the realities of their own country. The antithesis to a weak corrupt Afghan government would have been a government that dared to step out of the US’ shadow and strove to create its own path. It would have also helped if the Afghan government, when affronted with overwhelming evidence of US’ inability to see beyond its own interests, had moved beyond being US’ proxy and formed key alliances with its central Asian neighbouring nations, to many of whom ethnic minorities such as the Tajiks and the Uzbeks in Afghanistan, trace their origins or ethnic links to.

The tale of Afghanistan’s downfall to the Taliban is one that shall forever live in our history books, not for the unsung bravery of its heroes who dared and still dare to resist, or for the resolution of some of its leaders such as Amrullah Saleh, but for the perfidy of those who pretended to be its allies and the terror that is sure to be the rule of the Taliban.

Neeraj Tom Savio is the Editor-in-Chief at The Governance Post and a Masters of International Affairs candidate at the Hertie School of Governance. Hailing from India, he is passionate about International Security, Politics and Global Governance, especially in the context of the Global South. Having had an interdisciplinary background, holding a Bachelor’s Degree in Economics, Political Science and Sociology, he aspires to decipher complex stories and report about the polyphonic narratives within, from around and about the world through his interdisciplinary perspective.

In his free time, you might find him scrolling through Wikipedia pages and/or singing various national anthems in a rather unpleasant baritone. He tweets @NeerajTomSavio