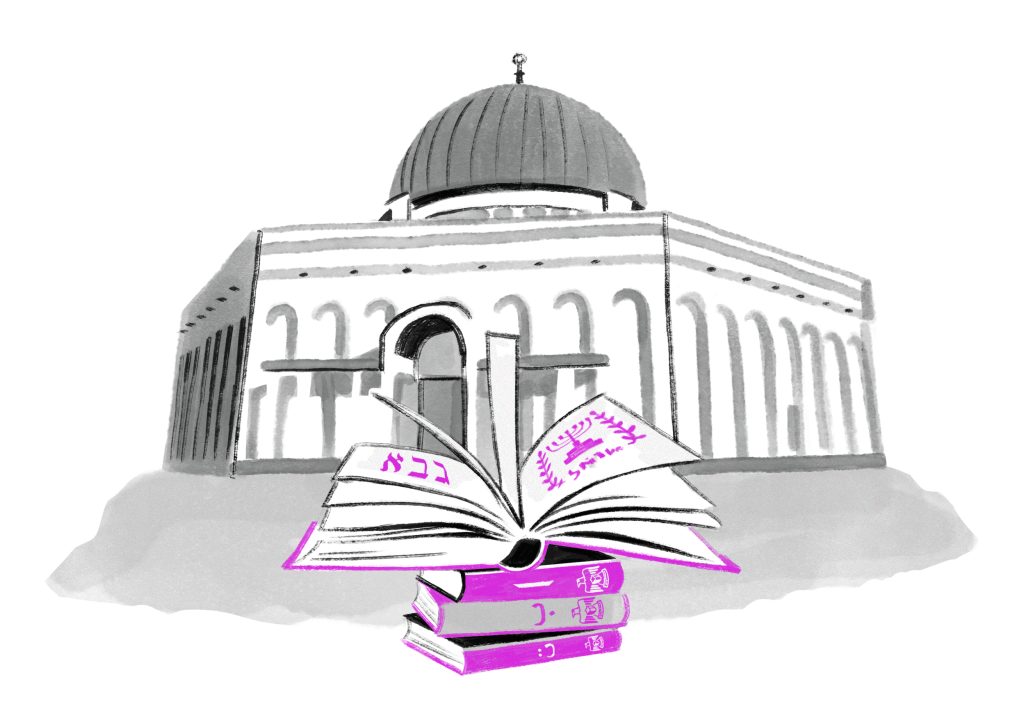 The Oslo peace process was a ground-breaking achievement for education in East Jerusalem. For the first time in history, Palestinians were able to decide for themselves on the content of their education. However, since then, Israel has been pursuing a rigorous policy of unifying Jerusalem, from which education is not exempt. Schools teaching Israeli curricula are allocated more funding, while Palestinian national sentiment continues to be suppressed. How does this all fit together?

Jerusalem – home to three world religions – stands at the core of one of the most polarised conflicts within international politics. The city is claimed by both Israelis and Palestinians as their capital, with Israel exercising de-facto authority. The long-standing animosity led to the recent clashes between Palestinians and Israeli police during the holy month of Ramadan at the Haram-al-Sharif (a.k.a Temple Mount) bringing instability to the fore and exposing deep structural problems.

In hardly any other policy field is the quest for control over Jerusalem as visible as in the field of education – the key to social mobility and inclusion in society. Nelson Mandela called it the ‘most powerful weapon which you can use to change the world’. In this spirit, I want to ask: What characterises education in East Jerusalem, and how is this “weapon” utilised today?

Israel first occupied East Jerusalem in the Six-Day War in 1967, taking the territory over from Jordan, which had occupied it from 1948.  Ever since, Israel has tried to cement the idea of a united Jerusalem by treating East Jerusalem as an integral part of Israel. Efforts have been made to remove the division between the West and the East of Jerusalem in terms of infrastructure, law, and jurisdiction. However, the status quo belies the sincerity of efforts and is a stark display of unfairness and conditional development: Most Palestinians in East Jerusalem do not possess Israeli citizenship or enjoy the same access to social services as Israeli Jews. This is contrary to Israel´s legal obligation since the annexation of East Jerusalem in 1980, which is to provide free public education to all Palestinian children in East Jerusalem in accordance with the Compulsory Education Law and Compulsory Free Education Law.

Palestinian Jerusalemites have come a long way in the pursuit of a self-determined education policy. Historically, external administrations such as the British or Jordanians were responsible – it was not until the Oslo Accords in 1994 that Palestine gained some control. With the reorientation through Oslo, the education system in East Jerusalem has become contested as now two distinct entities, Israel and the Palestinian Authority (PA), claim the same territory in a “hybrid reality”.

Both entities seek to influence the education system in East Jerusalem. Although the PA lacks the political and financial resources to have significant influence and does not have the authority to set teaching methods, it is not powerless: the PA is responsible for the curriculum and textbooks in East Jerusalem. The Israeli Jerusalem Municipality has administrative control in terms of the “enrolment procedure, teacher, and staff employment and salary and pedagogical supervision as required by the Israeli Ministry of Education”, including the responsibility to provide funding for the construction of new schools and classrooms.

Deficits in the educational sector

Under Israeli governance, major deficits in East Jerusalem’s education system are becoming apparent. At its core lies chronic underfunding. Author Ata Qaymari criticises the selective allocation of funds by the Jerusalem Municipality, which “collects 26% of its funds from East Jerusalem, [but] does not allocate more than 5% of this budget to provide services to the Arab sector”. A pupil attending a municipal high school in East Jerusalem receives less than half the funding of a pupil in West Jerusalem.

This discriminatory funding policy results in challenges for the educational system in East Jerusalem. One of the most pressing issues is ‘missing classrooms’ – classrooms which are needed to accommodate incoming school children but have yet to be built. The 2020 “State of Education” report of the Israeli NGO, Ir Amim, finds an unprecedented number of 3,794 missing classrooms in East Jerusalem, which includes classrooms for children not accounted in the municipality’s data. In contrast to the Haredi and general sectors (mainly located in West Jerusalem) – where the lack of classrooms will effectively be solved by the end of 2022 – the Arab sector (East Jerusalem) will be left to face the shortage. In addition to insufficient classrooms, there is a lack of teachers, a high dropout rate among Palestinian pupils, limited extracurricular activities, and over 17,000 school-age children not registered in the education system.

Promising no less than a policy change, the Israeli Governmental Decision 3790 was announced in 2018. The Decision allocated 2,1 billion Israeli Shekels (NIS) to six designated policy areas in East Jerusalem over the five-year period 2018-22, with the education sector receiving the second highest allocation of 445 million NIS.

Since the mid-1990s, majority of the municipal and private schools, as well as schools such as the Waqf (Islamic school) and the schools provided by United Nations Relief and Works Agency (UNRWA) in East Jerusalem, have been teaching according to the Palestinian curriculum.

However, the Decision 3790 has been an effort by Israel to increase the number of Palestinians studying according to the Israeli curriculum. It earmarks 43.4% of education funds (in the first two years it was nearly 50%) to East Jerusalem schools that teach according to the Israeli curriculum, despite only 20% of Palestinian pupils attending such schools in 2020, and just 10% the previous year. The additional funding allows schools to offer extracurricular activities, hire more teachers and increase the quality of classes, however, compromises academic autonomy.

The Israeli government also threatened to withhold recognition and issue permits  to East Jerusalem schools which teach according to the Palestinian curriculum.

Israel’s policies show that the “Israelisation” of schools in East Jerusalem takes precedence over a general improvement of the educational sector. The Israeli curriculum is a strong means to tie future employees to Israel’s labour market and detach Palestinians from their culture and national values. As Ir Amim points out, “These moves are in direct contravention of the agreements between Israel and the Palestinian Authority”.

The Wall as accelerator

Another prominent factor which must be considered when evaluating the state of education in East Jerusalem is the separation barrier erected in 2002, which separates Israel and the West Bank, including some East Jerusalem neighbourhoods. The construction of the barrier was accompanied by the Governmental Decision 3873, which promised to continue providing all services, including education, to the residents of the neighbourhoods cut off by the barrier.

In reality, Palestinian neighbourhoods like Kafr Aqab and Shuafat RC, which lie within Jerusalem’s municipal boundaries, but are separated by the barrier, are facing deficiencies in the quantity and quality of schools. In these densely built neighbourhoods, there are no planning or zoning rights, which hampers the construction of new schools. Hence, many residents are forced to cross a checkpoint to get into the core of Jerusalem, where they can access more quality schools. From the Israeli side, there is no political will to take care of the separated neighbourhoods: the opposite holds true. Many officials regard the neighbourhoods as terrorist breeding grounds that can be given to a potential future Palestinian state in exchange for annexing some West Bank settlements to Israel.

Who owns the plaything?

The educational sector of East Jerusalem will remain a contested political plaything, as Israel and Palestine both have a profound interest in cultural control over the area. For the PA, losing one of the few influencing policy factors that it possesses in East Jerusalem would be a big blow. The new five-year-plan threatens to widen the gap between the schools teaching the Palestinian curriculum and the schools following the Israeli curriculum. It also does little to address the classroom shortage, which will be most visible in the neighbourhoods cut off by the barrier.

The linkages between the education, employment, and cultural sectors in East Jerusalem have to be considered when assessing how to move forward with Jerusalem in a potential peace deal. In a conflict between two unequal parties, the political ball must be viewed critically; a Palestinian loss of power over education in Jerusalem would mean further consolidation of the status quo and neglect the Palestinian identity of the Eastern part.

Robert is a candidate for the Master of International Affairs at the Hertie School and recently completed his Professional Year with internships at the Hertie Educational Governance Team, the NGO CRISP, the think tank DGAP and the German Federal Ministry for the Environment. He holds a Bachelor’s degree in Politics and Sociology from the University of Würzburg, where he focused on conflicts in the Middle East, political culture in Germany, and migration. Robert is also a seminar leader at Understanding Europe Germany, where he advocates for a more inclusive access to debates about Europe. He is particularly interested in peace and conflict studies, postcolonial theories and social policy.