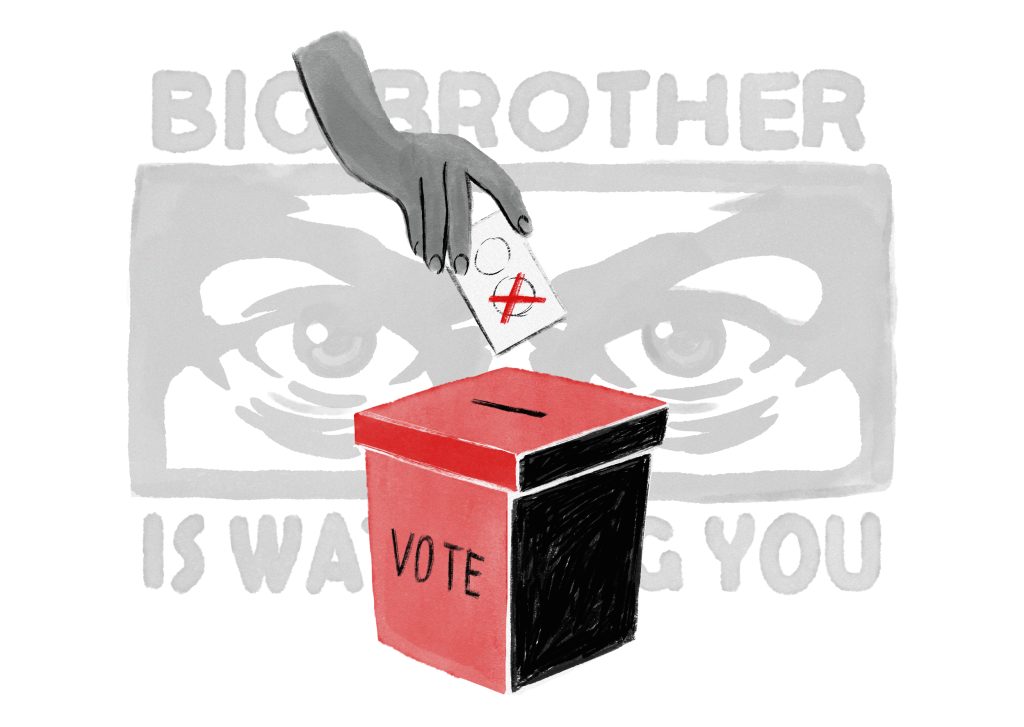 India. Once hailed as the world’s largest democracy, it has in recent years given more and more cause for its democratic credentials to be held in doubt. With a nationalist majoritarian political party in power at the federal level, one that has been increasingly engaging in and engendering overt displays of authoritarianism, it should come as no shock that India is no longer held to be either a fully free or a democratic nation. This sudden downturn in India’s democratic propensities however can’t just be explained away by the ascendancy of a polarizing and divisive party and its politics. It begs the question: how did such a political dispensation come to be not just tolerated but embraced by an electoral majority of a pluralist and democratic society in the first place?

India’s post-colonial democratic society was built on solid underpinnings. The Constitution of India, the lengthiest and most comprehensive constitution in the world, was designed by a relatively diverse group of individuals who wanted to correct the injustices and inequalities that were meted out to them. In a world ruled by caste, religious and gender hierarchies, it is worth mentioning that fifteen members out of three hundred and eighty-nine (a meager proportion by today’s standards but noteworthy then) were women, out of whom one was a Dalit (marginalized caste) woman. The Chairman of the Drafting Committee was a Dalit, Dr. B.R. Ambedkar, whose erudition embellishes not just the Constitution but every mention of it. A product of this diversity, the philosophy of the Indian Constitution, expressed through its preamble, is quite beautiful. Unlike most nations, which are founded along ethnic or linguistic lines, grounded in the past, in what was, India was founded on a shared promise of what they could be. Not on identities but in dreams. However, it may be argued that they failed to account for those who do not share in those dreams. Those for whom the exercise of democracy is simply a means to stay in power, not an end to strive towards.

Like all other nationalist regimes, India’s current ruling political party seeks to emphasize the principle of ‘Nation first’. To the common Indian, this is an easy enough point to sell to. After all, why shouldn’t we put our nation first? What about the sacrifices of those who came before us? What of the struggles that we as a Nation went through? To a post-colonial populace that endured more than 300 years of brutal subjugation, only to emerge partitioned and torn from independence and to then being surrounded by hostile neighbors, patriotism towards one’s own country is an innate predisposition. It, however, only takes a small, prolonged effort to push people from patriotism to nationalism and this is exactly what appears to have happened. As Charles de Gaulle once so succinctly put it, “Patriotism is when love of your own people comes first; nationalism, when hate for people other than your own comes first”.

From Patriotism to Nationalism

If a future chronicler should ever choose to commit India’s descent to autocracy to paper, they must first include how the seeds of Nationalism were sown. Interestingly enough, the BJP-led National Democratic Alliance (NDA) first came to be elected on not an overtly nationalist agenda but rather a very subtle one. Elections were contested and subsequently won on the tails of poor governance and corruption that pervaded the previous United Progressive Alliance (UPA) led-governments. Their election manifesto, with the exception of a preface that harkens back to the “golden days”, is devoid of nationalistic rhetoric and instead speaks of good governance. To a policy student, the manifesto is optimistic at best and quixotic at worst. It was only later that BJP leaders started invoking the nation and nationalism to justify their policies and shield themselves from criticism. One of the earliest and most prominent examples of such cowering was during the Demonetization crisis. To those who might not know, one night in 2016, the BJP-led government took the snap decision of declaring all currency notes of the higher denominations of ₹500 and ₹2000 as invalid, ostensibly to curb tax evasion and money laundering. Whether this was an effective decision or not is up for debate but nevertheless, the decision was widely unpopular with the general public. That is until, the Government declared all that was being done, all the hardship that was being borne by the people, was for the Nation. Surely, logic dictates that ipso facto, to oppose Demonetization was to oppose the Nation, i.e., to be anti-National. Everything that was done by the government was increasingly presented as having been done for the Nation but much more importantly, as having been done by the Nation. This unholy conflation of the government with the Nation was the cardinal sin in India’s devolution as a democracy and is now religiously employed by those in power and their cronies to defend themselves.

Who is an anti-national?

Once the notion of Nationalism was satisfactorily embedded in the minds of the general populace, the BJP-led government went about declaring who the “anti-nationals” are. In 2016, there was a student protest organised in Jawaharlal Nehru University, against capital punishment meted out to two convicted “terrorists”’. At this protest, two student groups clashed with the BJP-affiliated ABVP alleging that “anti-national” sloganeering took place. Students were arrested, protests were staged, political rifts were born. There has been too much written of the aforementioned for me to contribute to meaningfully. India is now a Nation where a scholar, Umar Khalid, has now languished in jail for 2 years over a speech he made. A speech is enough to threaten a nation. It begs the question: how fragile must the notion of a ‘Nation’ be for it to be threatened by the words and slogans of few people? How frangible must this democracy be? However, this is exactly what has happened. While proponents of the current government might argue that all has been done for a “stronger India”, it is quite literally the opposite that has occurred. From a stable democracy that accommodated the eclectic beliefs, feelings, and aspirations of a diverse range of people, India is now increasingly a rigid albeit brittle notion. One that the establishment and its proponents deem as requiring protection from mere words, thoughts, and peaceful protests.

Could it get any worse?

The state of Indian democracy and polity has deteriorated since then with additional qualifiers being added to being Indian with tags such as being ‘Hindu’ or ‘Hindi-speaking’ being increasingly deemed integral to being Indian.  A Pew Research Centre survey found that Hindus were far more likely to conflate linguistic and religious grounds with Indian nationality, a fact that further exists to the growing polarization and division in Indian society.

Attacks and aggression against minorities have also increased significantly in the past years and legislation targeting minorities and minority-dominated areas is becoming more the norm than the exception. Throughout recent Indian political history, there have been instances of authoritarianism, most notoriously during the Emergency imposed by Indira Gandhi in 1975, which warrants an article of its own. However, such deviations from parliamentary democracy were vigorously opposed and in the end, democracy triumphed. With the systematic dismantling and characterisation of any opposition to the government as opposition to the Nation, the democratic system of checks and balances has been broken. Never before in the soon-to-be 75 years’ history of Indian democracy have such blatantly undemocratic practices allowed to fester for so long. However, there are no signs or tangible hopes that this unchecked ascendancy of majoritarianism might face a challenge. After all, much like the Orwellian slogans found in the book 1984, in the minds of the Indian people, the truth has set in that the government is the Nation, the Nation is the religion, and religion is the nationality. Who can even win against such irrationality? This dismal state of affairs leads us to the eponymous entities of this article, the lesser angels of India’s democracy. It is the perverted nationalism, the inhumane religious fanaticism, and the misguided loyalty that now rule and reign over India’s democracy.

Neeraj Tom Savio is a Masters of International Affairs candidate at the Hertie School of Governance. Hailing from India, he is passionate about International Security, Politics and Global Governance, especially in the context of the Global South. Having had an interdisciplinary background, holding a Bachelor’s Degree in Economics, Political Science and Sociology, he aspires to decipher complex stories and report about the polyphonic narratives within, from around and about the world through his interdisciplinary perspective. He is particularly, and by his own admission perhaps quixotically, interested in the promises and possibilities that greater political integration holds for South Asia.

In his free time, you might find him scrolling through Wikipedia pages and/or singing various national anthems in a rather unpleasant baritone. He tweets @NeerajTomSavio