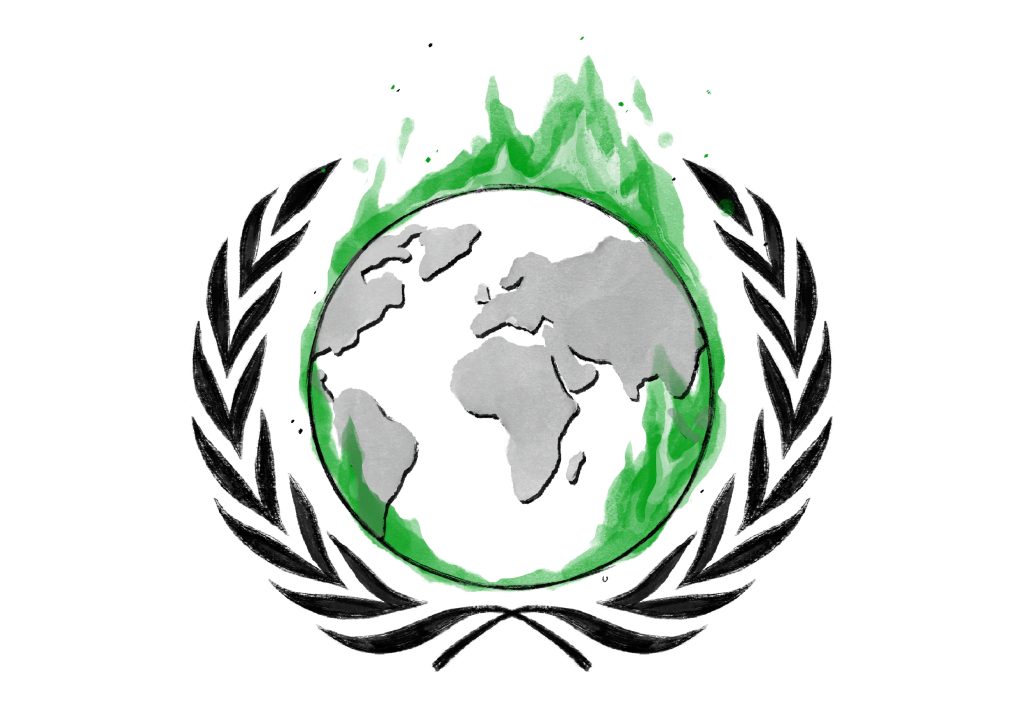 As one of the worst heatwaves in memory strikes India in these weeks, the absence of a single authoritative UN agency that deals with global climate change is jarring. The establishment of a World Environmental Organisation would represent a powerful and symbolic act, one that would mobilize politics, shift global perceptions, and show that states are truly serious about mitigating climate change.

During the mid-21st century, a mass heat wave sweeps through India killing millions of people in the span of a single week. So begins Stanley Kim Robinson’s Ministry for the Future, a science-fiction novel grappling with the increasingly pressing question of how the world might address the brutal reality of climate change. At the centre of the novel is a new United Nations agency created in the wake of the climate catastrophe, dubbed by the media as “the Ministry for the Future.” It is tasked with the daunting challenge of coordinating the world’s response to climate change. The novel oscillates between dystopia and utopia, like a dance between a technocratic Ballard and cheerful Huxley. In the meantime, our own reality looks like an unrealized dystopia. While there is increasingly broad acceptance of the devastation that climate change will bring to our planet, progress comes painfully slow. Noticeably, there is no single international organisation in our time tasked with truly unifying our response to climate change. Shouldn’t we in our reality have a Ministry for the Future?

In a crisis, we look towards authority for answers. The onset of the COVID-19 outbreak created significant confusion and uncertainty. Despite being one of the most widely criticized organisations of the UN, all eyes nonetheless turned to the World Health Organisation (WHO). On March 11, 2020, global media focused their attention on WHO Chief Dr. Ghebreyesus; it was his statement that definitively classified COVID-19 as a pandemic. Regardless of all the plans developed by individual states, it was this moment that triggered the global pandemic response. In this moment of crisis, people and states all around the world looked to the WHO for guidance and authority. Although far from perfect – for example, a faster understanding of how the virus was transmitted, would have probably saved tens of thousands of lives – the WHO was still the centrepiece.

Climate change is a global crisis unlike a pandemic. If anything, it is like one hundred pandemics happening at the same time, spreading and mutating at different speeds. It is a wicked problem, diffuse and systemic. It affects the very core of our societies and economic systems, with no single point solution, such as a vaccine. There is no singular product we can manufacture, distribute, and subsequently move on from. Such problems generate difficult answers and require, most of all, unified approaches. If political and scientific communities across the world have largely accepted the reality of climate change, why is there no single organisation to address it? Why is there no WEO – a World Environmental Organisation? And just as importantly, what message does its absence send to the world?

Today, there are several institutions within the international system that work brilliantly on climate change, most prominent being the UNEP, UNFCCC Secretariat as well as the IPCC, which provides the single most cohesive research program for information on climate change. However, there is no centralized body – no single focal point for the world. The establishment of the WEO has been on the agenda of the international community since at least the United Nations Conference on the Human Environment in 1972 in Stockholm, continuing into the 2010s, but the political will has inexplicably never materialized.

International organisations have their legitimate criticisms. They can be bureaucratic, complex, and technical. They can shroud themselves in the language of values and ideals but ultimately be self-serving for Member States. These are simply the realities of governance and politics. However, international organisations also fulfil important roles, providing essential services, coordination efforts, and reliable information – known in international relations as global public goods. The IPCC report on climate change, for example, is the definitive source of information for most governments on the current state of the climate. Even more importantly, such organisations signal the intentions of the global community to address global issues. For those who believe that a WEO is too costly to establish, it would not need to start from scratch. The WEO would unify the UN’s climate efforts under a single umbrella, imbuing it with more authority and capacity, building on the foundations that have already been established. The international community needs all-hands-on-deck to send a strong and rallying message to the world.

This message is of critical importance. In politics, perception and mobilization matter. Disjointed arrays of agencies do not symbolize a unified fight against climate change. The establishment of the WEO would be symbolic – it would signal to the world that the international community considers climate change as the key issue of our time. This week as one of the worst heatwaves in history strikes India, Robinson’s dystopian vision took another step towards becoming reality. We should not surrender ourselves to this vision and wait until climate change forces us to act. After seeing the horrors of climate disasters unfold in the novel, one might think it is inconceivable that a WEO does not already exist.

David Backovsky is a 2nd year MIA student, who was born and raised in Prague. He has previously worked as a producer in theater and film across Europe, US and the Middle East, after which he worked on stabilization projects in the Middle East building platforms for independent journalists.