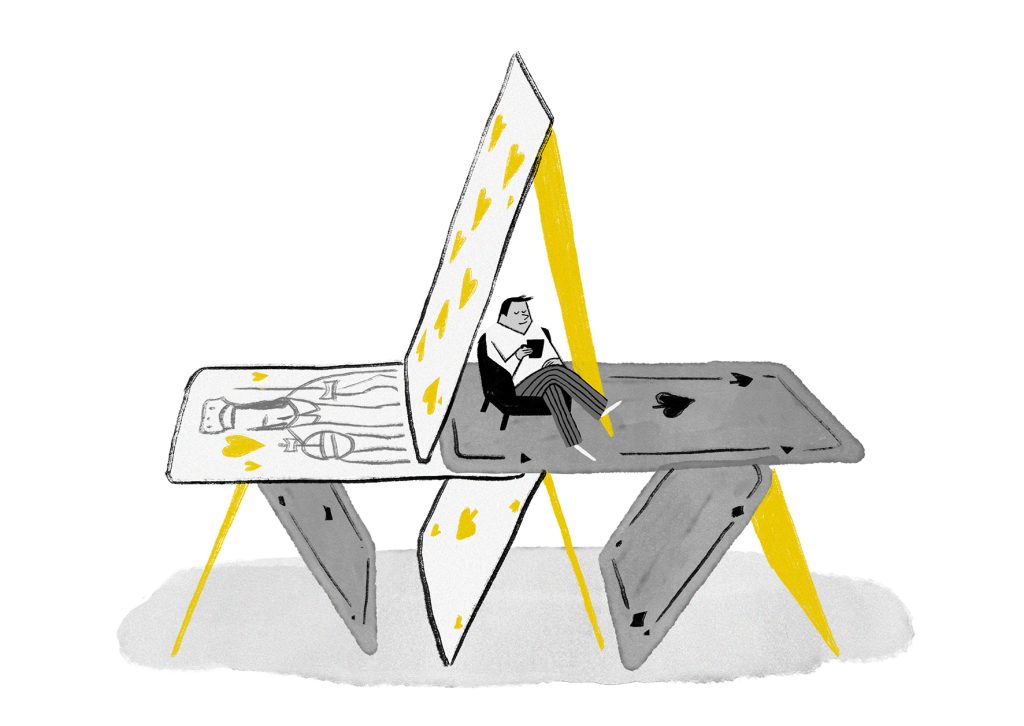 Water is a critical resource, immediately vital for life, and diverse in its applications. But Central Asia has struggled to manage it cooperatively ever since the Soviet Union collapsed. The status quo is that of a ‘quiet instability’, where tensions are present but not always apparent.   With new pressures on water emerging, how long until the house of cards collapses?

Six years ago I wrote a research paper about water politics in post-Soviet Central Asia. Gripped by a dual fascination with the ‘Stan’ countries and water as a vital natural resource, I spent several weeks at the confluence of the two. My conclusion – that water had been a significant source of instability in Central Asia ever since the dissolution of the Soviet Union – was inescapable. Six years later, the picture doesn’t look much brighter. And yet, the instability has often been quiet, such that I failed to notice it when I traveled to the region in 2017. This does not obviate the need for change, but reinforces it; a shaky building can appear serviceable until an earthquake strikes. In particular, as climate change increasingly exacerbates pain points, a regional policy solution is more important than ever.

A game of geopolitics

Central Asia is a semi-arid region, covered mainly by grassland, desert, and mountains. Most of the water in Central Asia comes from the mountains, as runoff from melting glaciers and snow.  There are two major rivers – the Amu Darya and the Syr Darya – which rise in Tajikistan and Kyrgyzstan, before wending their way through the other republics and flowing into the Aral Sea.

Despite its arid geography, Central Asia as a whole is not water scarce. However, water is unequally distributed across the region.

When the Soviets seized power in Russia in 1917, they carved up Central Asia into five republics. The division was strategic; two of the new republics – Kyrgyzstan and Tajikistan – controlled most of the region’s water, while the other three – Kazakhstan, Uzbekistan and Turkmenistan – possessed the lion’s share of the productive land and energy resources. The division of vital resources between two ‘blocs’ generated tension and competition which played into the hands of Soviet central rulers.

The Soviet Union controlled agricultural and water release quotas. Tajikistan and Kyrgyzstan were regularly ordered to empty their water reservoirs to support summer cotton production downstream, while Kazakhstan and Uzbekistan supplied cheap coal and gas to their upstream neighbors in the winter months to meet the latter’s energy needs. Irrigation was grossly inefficient and resulted in environmental disasters such as the shrinking of the Aral Sea, but the system of governance itself was stable. As soon as the Soviets’ controlling influence collapsed in 1990, nationalistic tensions over resource distribution came to the fore.

In April of 2014, Uzbekistan cut gas supplies to the city of Osh in the south of Kyrgyzstan. This was likely, at least in part, a response to Kyrgyz plans to build another hydroelectric dam – the Kambar-Ata 1 – since  Uzbekistan simultaneously demanded  Kyrgyzstan suspend work on that project. Seeing the dam as a threat to Uzbekistan’s water security,  the country’s president Islam Karimov had warned Kyrgyzstan  in 2012 that if it went ahead with the plans without regard for its downstream neighbors, war could be on the cards.

Tajikistan’s Rogun Dam project on the Amu Darya has been similarly divisive. Uzbekistan’s former Deputy Prime Minister stated in 2015: “Uzbekistan never, and under no circumstances, will provide support to this project.”Turkmenistan was also affected, but its president Gurbanguly Berdimuhamedov allowed Uzbekistan to do the talking in the debate.

Regrettably, water has remained a source of instability in Central Asia since 2016, when I wrote my research paper, and not just between upstream and downstream countries.

On April 28 2021, a dispute over a water intake station on the Kyrgyz-Tajik border in Batken province descended into violence between civilians and border troops on both sides, resulting in dozens of casualties and thousands of people being displaced.

Such water-related skirmishes in the border region between Kyrgyzstan, Tajikistan and Uzbekistan have been a regular occurrence, particularly in the summertime when water is needed for irrigation in all countries.

The disruption to water, energy and food access and the loss of life caused by these conflicts has made them a tangible negative force on Central Asian populations. Moreover,  communities deprived of water due to drought conditions and poor governance have sometimes protested against authorities, signaling a desire for policy change.

In the summer of 2017 my mother and I spent two months traveling through Kazakhstan, Kyrgyzstan, and Tajikistan. Given the research I had done the year before, I had water at the back of my mind during the trip. I wondered from time to time whether the tension I’d read about, which was so well documented in the media and in academia, would be apparent to me as a tourist on the ground.

In my two months in Central Asia I heard and saw nothing that would have suggested there was tension over water.

There is no doubt that I was in a tourist bubble. While I knew some basic Russian to make conversation with taxi drivers and read graffiti, I had virtually no connection to domestic politics, other than exposure to giant billboards of Tajikistan’s autocrat Emomali Rahmon.

On the other hand, when conflict is afoot, it can be difficult to miss. If there had been protests, rebellions or military activity in the areas I visited, I would have witnessed the tension in spite of my insulation.

Ultimately, the disconnect between my knowledge about Central Asia’s fraught water politics and my personal experience of it was likely a consequence of two factors: my lack of integration into the local societies, and the generally insidious nature of the instability itself, which only intermittently flares up in ways that are impossible to ignore.

I am apparently not alone in my assessment. When there is evidence of political instability in a country, tourism tends to decline, as travelers seek to avoid security risks. But from 2010 until 2020 – when the COVID-19 pandemic broke out – arrival numbers in the Stan countries mostly trended upwards. If water were a ‘loud’ source of instability in the region, such increases would not be expected.

In late 2016, after 25 years of rule, Uzbekistan’s President Islam Karimov died and was replaced by Shavkat Mirziyoyev. The new president has been decidedly less aggressive than his predecessor, notably reversing Uzbekistan’s opposition to dam projects in upstream Kyrgyzstan and Tajikistan. This has somewhat thawed relations between the countries.

Another promising development came at a summit meeting of the Central Asian heads of state on 6 August 2021, when the Kazakh president Kassym-Jomart Tokayev made a number of proposals amounting to water diplomacy. Among them were the creation of a special working group of Central Asian vice ministers to discuss water issues, and an International Water and Energy Consortium in Central Asia, which would “coordinate the interests of all countries in the region in the fields of hydropower, irrigation and ecology.”

It remains to be seen whether such initiatives will materialize. Even if they do, a degree of skepticism is warranted. Water diplomacy initiatives are not a recent development in Central Asia – in the early 1990s, the five newly independent republics established the Interstate Commission for Water Coordination in Central Asia and the International Fund for Saving the Aral Sea, precisely to facilitate cooperative water management. But these institutions have not brought stability to water politics in the region so far, and it is unlikely that new multilateral initiatives will be a panacea, unless they are accompanied by a genuine and lasting shift in attitudes away from nationalism and toward trustful cooperation.

Climate change is exacerbating Central Asia’s water woes. Higher temperatures are leading to more severe droughts and reducing the size of the glaciers that ensure a steady flow of water in summer. This is increasing pressure on already strained relations, and temperatures are expected to rise further in the coming decades.

Finally, the future role of Russia in the region remains uncertain. Russia has always maintained close economic and security ties with Central Asia, and has invested in hydroelectric power stations in Tajikistan and Kyrgyzstan. But unlike its previous incarnation, it does not control the region’s water governance, and its involvement has not always been welcome. Moscow may pursue a more hands-on strategy if water tensions become more acute and Beijing continues to assert greater influence of its own.

Central Asia’s instability might be quiet, so far confined mostly to localized or transient confrontations without escalation to full-blown war. But a spinning top teeters before it falls. Political leaders in the region would be wise to eschew nationalistic strategies and develop a comprehensive regional policy solution that ensures the needs of every country are met. Then, Central Asia might at last achieve stability, and show other water-tense regions around the world that it is possible not to sink, but to swim.

Thomas Minot is a Master of International Affairs student at the Hertie School. After graduating with a degree in International Relations, Linguistics, and Spanish from Victoria University of Wellington, he worked as a policy analyst at New Zealand’s tax department. A laundry list of his interests would include geopolitics, tax and economic policy, political philosophy, and discourse. Beyond academics he is an avid pianist and writer.