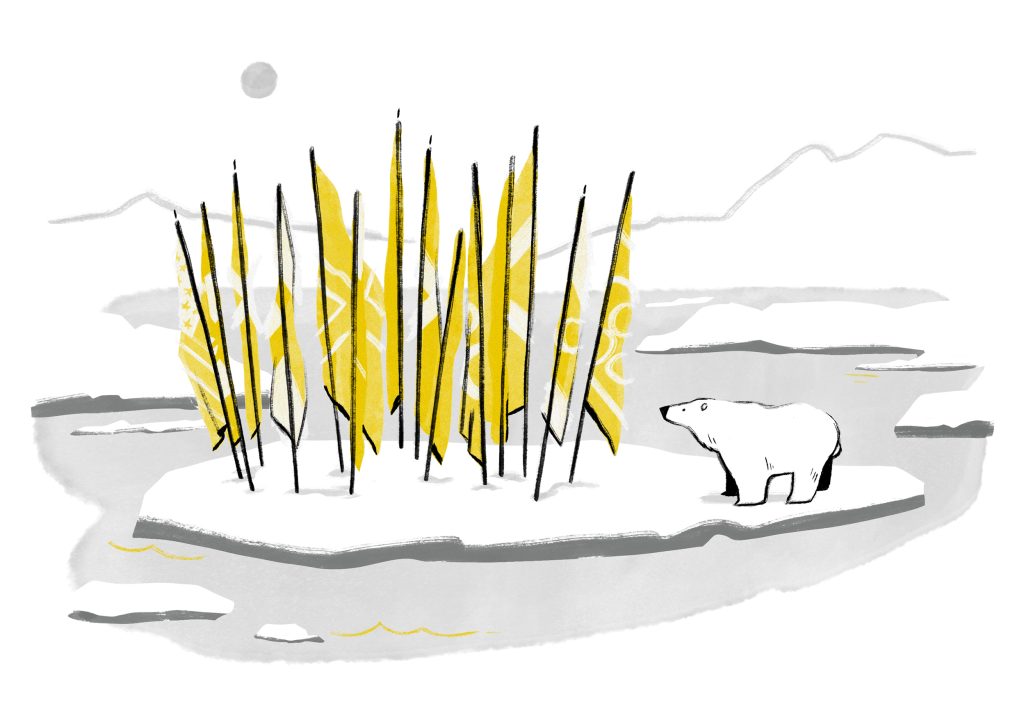 Just over twenty-five years ago, Russia, Norway, Finland, Canada, Denmark, Sweden, Iceland, and the United States of America created a unique geopolitical project – the Arctic Council. The 1996 Ottawa Declaration established the Arctic Council as a ‘high-level forum’ for cooperation among States, non-governmental organizations, and Indigenous communities to address environmental protection, sustainable development, and policy issues in the North Pole. With its secretariat in Tromso, Norway, the Council is currently the focal international institution for Arctic politics and governance. Today’s warming planet is the root of increasing interest towards the region from Arctic and non-Arctic states; the changing setting of the Arctic calls upon change for the Arctic Council too.

Since its inception, the Council has had some success stories. Firstly, as it was established soon after the end of the Cold-War-era and brought together hegemons USA and Russia under a cooperative framework, it is a feat in and of itself. Similarly, its institutional design has continuously proved to be functional by providing working groups where topics such as climate change, biodiversity, and social conditions of Arctic peoples are discussed and researched. Member states benefit from the expertise and policy recommendations of the working groups, which then are presented at Ministerial Meetings for well-informed decision-making. Furthermore, the Council is innovative in its approach as it includes Indigenous populations’ delegates from the Arctic, known as Permanent Participants, who are central to the working of this organization.

Despite its successes, the Arctic Council is compromised by instability, prompted especially by the changing geophysical reality of the region. The melting ice in the North Pole is triggering strategic interest in the Arctic insofar as it is highlighting opportunities for commercial profit, trade routes, infrastructure investment, mineral exploitation, and energy security. These matters could easily lead to competition and even confrontation, and are currently within the scope of various bi and multilateral initiatives among Arctic and non-Arctic states such as the informal grouping of the Arctic Five, the 2015 Polar Code and the Trilateral High-Level Dialogue launched by China. Though they are instances of cooperation, they undermine the Council because they exist outside its governance framework.

Moreover, two players are proving to be determined actors with significant policy goals in the region. Firstly, China distinguished itself with the publication of its White Paper in 2018, signalling that the Arctic is now among its foreign policy priorities. Though China already has some privileges as an Arctic Council Observer member state, the document portrays China as a player who can participate in Arctic affairs without any restrictions. Secondly, the European Union published a comprehensive Arctic policy document delineating a space for EU action with regards to climate change, research opportunities, diplomacy, and security. The document also lists various means – both material and financial – that the EU is ready to adopt to achieve its policy goals, thereby clearly representing the EU’s intention to be engaged and achieve a leadership role. Even though China and EU show nominal respect for the Council, they are swaying the attention away from it by underlining how each can be entitled decision-makers, just as the Council’s member States are.

The expanding list of actors and their opposition to more exclusive claims to the Arctic as well as the increasing economic activities in the region are the basis for security and defence issues to be accentuated.

Today’s changing setting exposes two shortcomings in the Arctic Council’s institutional design that are limiting its potential as a regional actor. Firstly, it’s the lack of delegation of power from the member States to the Council. Second, security matters are not within the Council’s mandate; the topics it deals with are not of “high politics.” These two are underlying reasons for States and stakeholders to seek alternative ways to be influential within the Arctic region as well as for individual Arctic states to support their positions vis-à-vis the Arctic through other multilateral, binding agreements, or even military build-up.

Making the Arctic Council an independent, treaty-based organization that can create international laws as well as formally expanding its mandate to include matters of high politics are not viable solutions. Besides, it would require preliminary consensus, which seems hardly achievable in the current international circumstances. Not only do they require extensive and careful diplomatic efforts, but they would come at high costs, especially for Arctic states who would lose their control of the region’s governance and politics. Further, these are two profound changes to the Council, that may be easily rejected by its members, causing the Arctic Council to lose respect.

Ironically, opportunities for change in Arctic Council stem from the increasing involvement of actors outside the Arctic. As long as global issues intersect and culminate in the Arctic region and entangle with local issues, the Arctic Council is a geopolitical hotspot. The Council must harness the legitimacy it has gained over the past twenty-five years to make appropriate changes that reflect the transformed setting of the region. Indeed, revisiting membership rules could be a first positive step. If Arctic states recognisee the legitimate interests of non-Arctic states and non-Arctic states concurrently respect the role of Arctic states, the admission of a high number of states contributes to the shared benefit of increased resources (e.g., research and funding). While Arctic states may continue to retain exclusive privileges, current Observers could have expanded rights, or the category may be layered and refined. For example, these rights could be, inter alia, access employment opportunities of nationals in the Council’s staff and be differentiated based on the length of involvement in the region or extent of promoting Arctic interests abroad. Further, wide membership would improve the Council’s perception as the unique institution for Arctic matters because it would pool international relations with regards to the Arctic and enhance its efficacy. With higher (but limited) integration non-Arctic States would not wish for a re-designed Arctic governance regime but make use of and give value to the Arctic Council.

Moreover, the Council’s flexible and informal nature can serve as the basis for the introduction of security and defence matters. Steps in this direction could include that the Council hosts meetings with defence ministers in particularly tense moments. The outcome of this solution would not necessarily be to negotiate what can and cannot be done but – as for other matters – to foster dialogue. All Council members must acknowledge the overarching and convincing narrative that climate change and globalization have made “Arctic issues”, including security, inseparable.

While it is unlikely that the Arctic Council will transform Arctic politics any time soon, it surely has potential to moderate relations among key players in the region and abroad – whether senior like Russia and the USA, or newer yet ambitious like China and EU – and to be innovative while advancing purposefully. From the post-Cold War era until today, the Council has existed in times of significant change. To remain a focal institution, it will have to change itself.

Author’s note: this article was written before the Russian invasion of Ukraine on 24 February 2022. It is too early to make knowledgeable assessments about the repercussions of this event on Arctic politics and specifically the Arctic Council.

Francesca is a 2023 Master of Public Policy candidate at the Hertie School and the Deputy Editor-in-Chief at The Governance Post. Italian, with various international experiences, she completed an International Relations BSc and Global Politics MSc. She is interested in international law and policy-making, as well as the geopolitics of the Arctic region. In her free time, she enjoys practicing sports, cooking, and exploring Berlin.