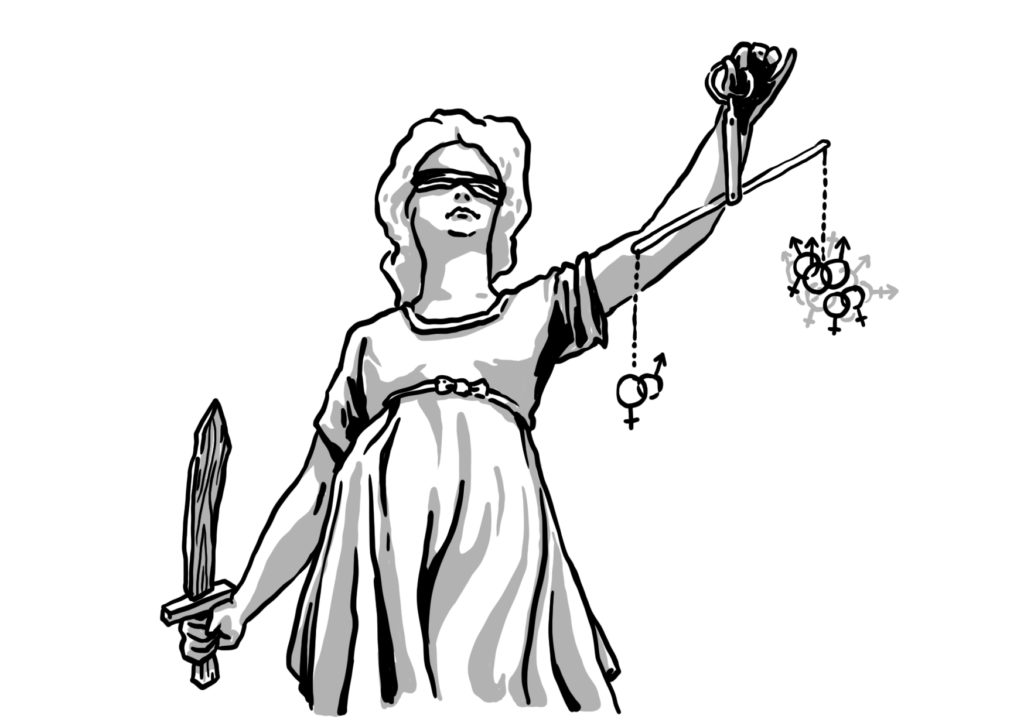 At 23.3 percent, India has the lowest female labour force participation rate in South Asia and among BRICS countries. The gig economy, as experts and researchers have claimed, offers an opportunity for female workers to engage in decent and meaningful employment. The gig economy refers to a mechanism of work where companies – “by way of a  digital platform (often underpinned by a closely guarded algorithm)” – contract job seekers to perform short-term “gigs” or jobs on a casual and piecemeal basis. It includes all types of jobs, on a contract or a pre-delivery basis, that are conducted via a digital platform. This article sheds light on the status of women in the Indian gig economy, taking into consideration women’s experiences on different leading gig platforms in India. Interviews conducted with gig workers, coupled with analysis of current policies in the sector informs the analysis and recommendations for making India’s gig economy more gender inclusive.

Women in the Indian Gig Economy

With over three million gig workers, India has one of the largest gig economies in the world. In the past decade, gig-economy start-ups in India, such as Flipkart, Zomato, Urban Company, and Housejoy, have offered unique opportunities for women to engage with the formalised sector, explore opportunities and build livelihoods,demonstrating a good potential for absorbing more women in the labour force. For a woman with low education levels  and a family to support, the rapidly expanding gig economy offers an attractive alternative to formal employment. Research indicates that female gig workers enjoy the flexible work hours which create the ability to balance employment with unpaid care work. They often prefer to work independently, where they can be their own bosses, and avoid difficult employers, squalid workplaces, and exhausting, multiple-client schedules. Swiggy, an online food delivery platform, provides certain exclusive options for their female delivery executives. “They are free to log in at any hour and we encourage them to end their shift before 6 PM. There is also a policy where they can choose to operate in only those areas that are identified as safe zones,” says a Swiggy spokesperson.

Challenges for Women in the Gig Economy

While opening the door for a number of flexible opportunities for women, the gig economy comes with its own set of challenges. Evidence suggests that women, in general, are more likely to work in the informal and traditionally feminised professions- as beauticians, domestic helps and house cleaners- than men. The gig economy imitates, and in some cases perpetuates the pre-existing challenges for women’s entry into the labour force.

As with other modes of work, women also earn much less in the gig economy than men. The gendered occupational segregation has also been reinforced as employers seek out female workers for feminised roles such as cleaning and care work and men for tasks such as plumbing. According to a spokesperson from Urban Company, most women on their platform are active in the beauty services category while only a few participate in other professions, like technician or plumber. Ruby, a trained mechanic with a leading urban services provider in India, believes that her competence at work often seems to be in question because of her sex. She suspects she would have received more opportunities if she were not a woman. Nisha, who registered herself as a partner under ‘AC and Appliance Repair’ echoed this suspicion as she experienced cancellations after being allotted a job. For the said service provider, the sex and other details of the gig worker is only displayed after the allocation of the job.

Unequal access to digital technologies is another significant hurdle to women’s participation in gig work. According to the GSMA Mobile Gender Gap Report 2019, only 16% of women in India are mobile internet users, compared to 36% of men. Coupled with low levels of digital literacy, this excludes women from gig work opportunities. The gig economy has, additionally exposed women to a fresh set of challenges. It  risks creating new forms of harm and vulnerability by reinforcing cultural biases that relegate women from different castes and religions to certain kinds of occupational categories. Algorithms and digital interfaces for most of the gig-platforms in India only facilitate matching of placement opportunities for workers, with no other role in increasing their wages or providing better working conditions. Moreover, evidence suggests that the platform design amplifies exclusion along the lines of caste and other social characteristics. Outside the purview of traditional employment, gig work also renders women vulnerable to harassment. Safeena works for a food delivery app in India. While she typically enjoys her work, she shares that, “My family supports me but they get worried when I am not back home in time – they want me back by sunset, but most days my incentives are not completed by then. I lose out on a lot of money. But I also understand their worry – the roads can be unsafe for women.”  She wishes that she could work “worry-free like a man” to avoid this trade-off between income, safety and family relationships.

Evidence also suggests that barriers faced by women while engaging with the gig economy were further exacerbated by the impacts of the COVID-19 pandemic. Women’s increased burden of unpaid care work  (already ten times as much as men in India even before the pandemic), coupled with a sharp decline in employment opportunities in the market and unanticipated lockdowns, heightened existing gendered barriers in this space. With a surge in lockdown measures, beauty and other on-demand care services where women predominantly operate were rendered ‘non-essential’,  critically decimating women’s earnings. With schools closed for the better part of two years, Heena highlighted how her childcare responsibilities significantly increased during COVID-19. She managed online classes for her three children, while also running the house. Her husband had moved cities to do a daily wage job, as he had lost his office job due to the pandemic. Additionally, her in-laws had moved in, and she was their primary caregiver too. All of this, along with an overall lower demand for beauty services, adversely hit her capacity to earn and support her household, in absence of any social protection such as income support for caregivers.

One of the biggest criticisms of the gig economy has been the low access to any form of social protection mechanisms. Sheila, working as a carpenter on a leading platform that provides online on-demand home services, mentions that there is not enough demand on the app for her. Her gig work takes only 20% of her current availability, so she seeks other painting jobs for income. She is likely to shift out of the platform completely, and pursue more traditional carpentry jobs. Sheila is not alone; 35% of the women surveyed were disinterested in joining the gig economy due to the lack of job security and uncertain employment status.

Asha, a former gig worker on an urban services platform, shares why she discontinued pursuing gig work, “It initially seemed very attractive and it seemed like I could earn a lot. But I could never complete my required hours to earn my incentive-based pay. I was working late into the night, and this made me feel worried for my safety. I finally decided to discontinue. It was not worth it.” Access to social protection mechanisms, especially in the form of sick leave, medical and child care leaves, is particularly important for women. Aneema, who provides spa services through an urban services platform, mentions that she had to decline two scheduled jobs on the platform due to a childcare emergency and her account was blocked for 24 hours as a penalty. Aneema and many other women in India are primary caregivers at home without any alternatives. The lack of, or very little standardisation around social protection benefits critically impacts womens’ decisions to continue in the gig economy as well as the labour force.

The way forward for women in India’s gig economy

The McKinsey Global Institute has estimated that India’s GDP could rise by $0.7 trillion, over 25% of India’s current GDP, if the workforce participation rate of women increases by ten percentage points by 2025. Despite having immense potential to be instrumental in women’s financial independence and economic growth in the country, the current gig-economy landscape is not optimised to cater to the specific needs of women.

Making platform-based roles more accessible across genders can boost participation amongst women. Evidence-based policies  for ensuring the wellbeing of female gig workers and measures for supporting their adaptive capacities are urgently needed to avoid the risk of entrenchment and exacerbation of existing inequalities.

Firstly, platforms need to be co-designed with gig workers to ensure their role is beyond digital matching. This would entail making the algorithm design more gender-responsive and accounting for biases. Secondly, introducing written (and therefore secure) work contracts as well as minimum wage protections will be critical in catalysing women’s uptake of gig-work. The new social security code in India proposes that companies utilising services of gig workers will have to allocate money towards the social security fund. Robust implementation of this proposal will be a starting point in ensuring worker rights. Lastly and in the long-term, labour codes need to be strengthened to extend social protection measures for workers in the gig-economy. These reforms together will accelerate the impact of our collective efforts towards achieving women’s economic empowerment and equality in India.

Geeti Patwal is a Women’s Economic Empowerment specialist, with over five years of experience working at UN ESCAP, UNCDF, and grassroots NGOs in India across domains of entrepreneurship, financial inclusion and gender statistics. She recently graduated from Columbia University and the Hertie School with a dual Masters in Public Policy and Administration.

Devina is passionate about reducing systemic social, economic and digital exclusion amongst women, displaced populations and other vulnerable groups. Her career in international development has been fueled by this ambition, and she has worked towards this across financial inclusion, public health and migration. She recently earned a Master of Public Administration from Columbia University, and was a Sustainable Development Goals Fellow with the Global Public Policy Network during the programme.