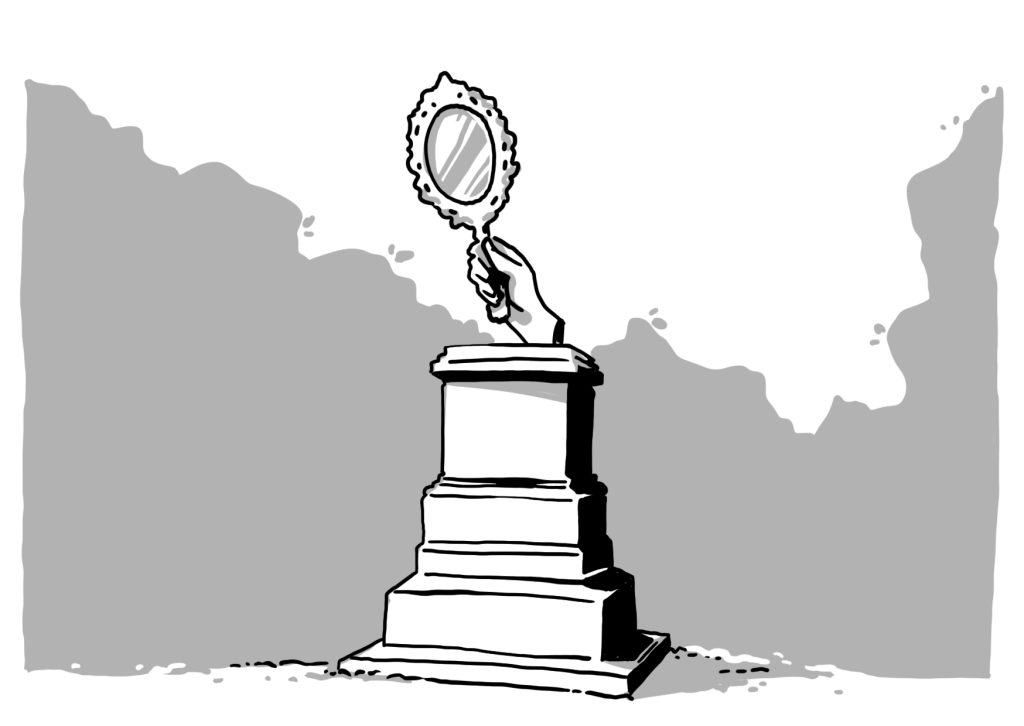 Bilingual or dual language programmes have been trending in the United States for the last couple of decades, as more families begin to see the benefits of being adept in two widely spoken languages. But what if the second language being taught is not a “world language,” but one that is indigenous to the student’s community? What can Indigenous language education mean for the survival of community identity, especially when that identity has been historically marginalized and continues to be under threat? What obligations do countries like the US have to speakers of Indigenous languages?

In response to declining numbers of Indigenous language speakers, Indigenous Nations throughout the world have implemented language schools and immersion programmes, seeking to preserve and sustain this vital aspect of cultural identity. In some ways, these programmes appear like other language immersion ones: language learning is fully integrated into instructional practice as opposed to being taught as a separate class, oftentimes being used alongside a commonly spoken language. In this way, Indigenous language immersion is a method of bilingual education.

Language immersion can also be considered a culturally sustaining practice. In many cultures across the world, language use and cultural identity can be so closely linked together that they are impossible to distinguish. In the case of Native peoples, the survival and proliferation of language also has deep political, historical, and social implications. Because the legacies of white settler colonialism continue to pose an existential threat to Native identity, language becomes a form of resistance to cultural erasure, and a method of embracing community identity.

To understand the goals of Indigenous language instruction today, and the responsibilities of governments and members of the non-native public to Native people, one cannot overlook history. Before colonisation, it is estimated that around 300 Indigenous languages, spanning 25-30 language families, were in regular use across North America.

As in other nations founded on colonialism, both the United States and Canada deployed education as a policy tool of cultural erasure, replacing Indigenous languages with Anglo-American language, practices, and knowledge. As detailed by Joel Spring in his book The American School: from Puritans to No Child Left Behind, the goal was pragmatic: in cases where Native people could not be forced to leave, the strategy instead was to break their sense of sovereignty through the extermination of Native identity. After all, a vulnerable, divided people is much easier to dispossess of land and resources than a culturally connected one. To this end, in 1819 the United States Congress passed the Civilization Fund Act, which formally funded missionary schooling, and by the end of the 19th century, separating Native children from their families and sending them to English-only boarding schools became the norm. Schools often resorted to cruel and violent practices in their efforts to culturally reprogram students, inflicting irreparable physical and mental trauma. An unknown number of Native children died as a result of abuse and neglect, as we have been recently reminded by the discovery of the Kamloops Indian Residential School mass grave and other similar sites in North America.

Despite this, survivors of the residential school system have successfully cultivated resistance movements, resulting in incremental, yet significant changes to the US federal government’s position on Indigenous education. The latter half of the 20th century saw a period of organising among Native people across the United States, especially within the sphere of education. The National Indian Education Association (NIEA) was founded in 1969, which advocated for tribal sovereignty over education as well as increased funding for Native language and culture programmes. Organising efforts won such legislative victories as the 1972 Indian Education Act and the 1975 Indian Self-Determination and Education Assistance Act, providing both a legal and financial basis for the expansion of Native control over education delivery. The US government further committed itself to Indigenous language preservation with the 1990/1992 Native American Languages Act (NALA) and the 2006 Esther Martinez Native American Languages Preservation Act (EM-NALPA). Finally, the US is also party to the 2007 United Nations Declaration on the Rights of Indigenous Peoples (UNDRIP), which “establishes a universal framework of minimum standards for the survival, dignity and well-being of the indigenous peoples,” including Indigenous rights to autonomy over education and the pursuit of language revitalisation.

Renewed urgency in the wake of COVID-19

Despite positive steps forward, Indigenous languages still face existential threats, and COVID-19 only amplifies the dangers posed to language survival. Covid-19 mortalities in the US have disproportionately affected Native populations. APM Research Lab estimates that Indigenous Americans are 3.3 times more likely to have died from Covid than White Americans: the highest rate of any racial demographic group. Native elders also tend to be overly represented among Indigenous language speakers: to take one example, the average age of Lakota speakers is 70.To address this, key steps must be taken to protect Native elders, including improved healthcare access and other social supports, as well as increased funding for language-immersion programmes to safeguard language and culture into the future. s to safeguard language and culture into the future.

Grants from non-profits like the First Nations Development Institute, tribally managed funds, and individual private donations usually serve as the primary funding sources for programmes like these above. The US federal government provides grant funding through EM-NALPA, but that only amounts to around $12M annually, covering less than a third of all grant applications they receive. Compare that to the Indigenous Languages Act passed by the Government of Canada in 2019, which authorises more than C$330M over five years, followed by an annual budget of C$115.7M. Considering that the US government’s budget is around five times the size of Canada’s, US federal spending on Indigenous languages is all the more diminutive by comparison (this is not to say that Canada’s approach to Indigenous relations is altogether better: merely that their funding commitments are far larger). The recently implemented American Rescue Plan, which includes funding to support Native communities recovering from Covid-19 is a step in the right direction, yet it is not enough, allocating only an additional one-time $20M for supporting Native language programmes.

As the US government has a legal as well as a moral obligation to preserve and sustain Indigenous language, there is no better time than now to revisit the budget for EM-NALPA, especially as the pandemic cuts into private donations while the costs of adapting to distance learning mount. The federal grant programme has now had the benefit of 15 years of experience in fielding grant applications, which should give insight into what would be a more appropriate budget to address current need, rather than simply reauthorizing the same budget time after time.

One of the big questions discussed in education policy today is how to address learning loss: how will national governments step up to help students recover from more than a year out of the classroom? In the case of Indigenous languages, if the US fails to adequately fund language programmes in the face of a pandemic, “learning loss” takes on a more grim and final meaning: the loss of Indigenous languages and cultures themselves.

Julia is a first year MPP student from the United States. She have 7 years experience working in education, first as a middle school math teacher, then as an edtech professional working with schools across the US to implement new curricula and technologies. She is passionate about Culturally Responsive Education as a vehicle for change in creating more inclusive, supportive classroom spaces, particularly for Indigenous teachers and students.