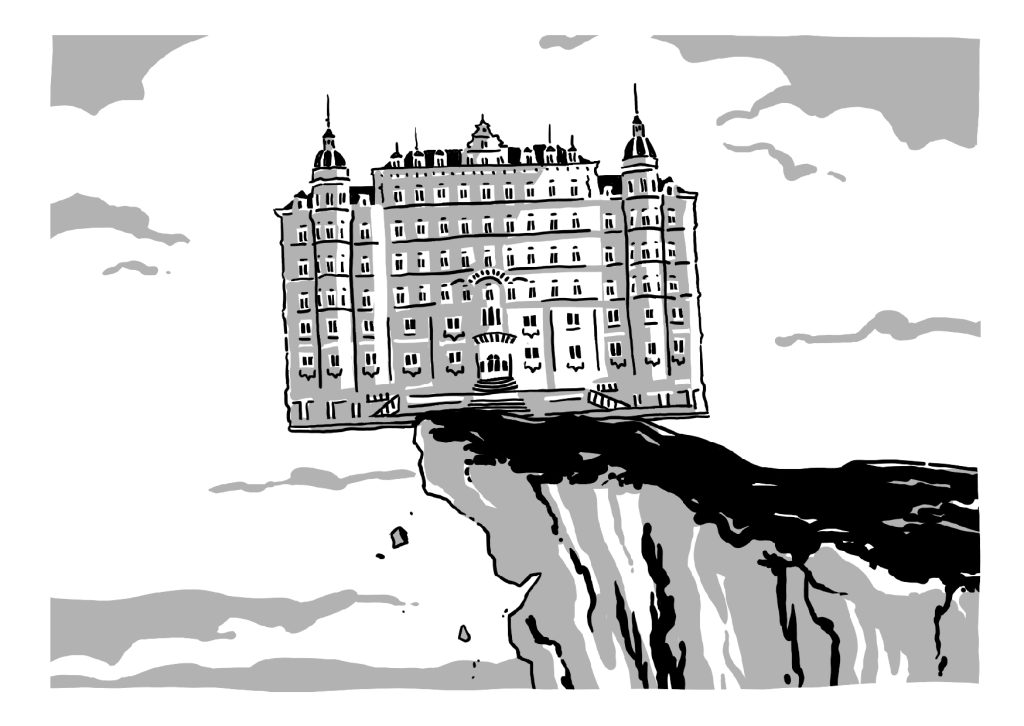 Berlin has long been known for its radical subcultures. As one of the city’s last left-wing autonomous housing projects is being shut down, the future of Berlin’s alternative scene is in doubt.

As I write this from my bed, home sick from work, on the third floor of an apartment on the northern edge of Neukölln, Køpi is being evicted just a ten-minute cycle away. Where I am sitting, the street is quiet with the everyday lull of gentrification. On one corner of my block is a stylish clothes shop for toddlers. On the other, is an over-priced brunch place that exclusively serves milk in its plant-based forms. Tucked in beside this hipster café, however, is a small labour collective. The collective is typical of an alternative Berlin bar: board games and novels are visible across the tables through flickering candlelight; graffiti and blue-aged postcards of punk legends cover the bathroom walls. The ceiling is high with smoke swirling upwards from visitors’ cigarettes as they move their hands animatedly in conversation. Here, you can buy a half-litre of beer for €1.80, or try out the €2.50 glass of wine before buying it.

Subcultures are the essence of Berlin

Berlin has been famous for its alternative left-wing scene for decades. These subcultures are not known as just outliers in an otherwise typical city but its very essence. To hear a thing described as “very Berlin” is to know that it is a material facet of alternative culture. What the word alternative could mean in a city defined by this very alternativeness is a complicated question – or at least it was.

With increasing rent, rising inflation and the encroaching doom of the climate crisis shadowing every waking moment, the rare instances of alternative living are much easier to identify. One is Køpi Wagenplatz, one of the last surviving squatting communities in Berlin.

Køpi has been occupied since February 1990 and is home to activists, musicians, artists, and performers from across the globe. Its residents have been fighting off eviction and demolition efforts almost since its nascence, standing their ground against property developers who want to replace the space with luxury accommodation.

Today, the autonomous housing project is home to about fifty people, who live in caravans on the 2,600-metre site. Its residents include children, some of whom have lived at Køpi their entire lives. The centre runs a print studio, a non-commercial cinema, and hosts music and dance performances by artists from all over the world. There is a techno basement downstairs and somewhere in the building is Berlin’s oldest climbing wall.

In the summer of 2021, an eviction order was passed at the Moabit Criminal Court. Køpi’s residents claim that the owner of the property’s signature was forged, and the ruling should be overturned. This has not been proven. However, Siegfried Nehls, the head of property developing company Sanus AG, who is trying to build on Køpi’s site, has been previously accused of “misuse of titles” and “forgery of documents”.

This morning, October 15 2021, more than 2,000 police officers entered Køpi, armed with bull-dozing vehicles that look more suitable for a warzone than for an eviction. Despite not being equipped with either the resources or the desire to wield this kind of artillery, the residents are no less ready for a fight. Riots took place the previous night, with cars damaged and objects on the street set alight. Some residents chained themselves to trees, with others tied to the barricades.

It appears unlikely that a group of fifty leftists can fend off thousands of police officers, with the full resources of the state behind them, for long. Just a few hours in, some have already been arrested.

The eviction of Køpi Wagenplatz comes as no surprise. It is the latest in a long history of similar expulsions, with just a few, like Liebig34 in 2020, making headlines. Each time, a small portion of discourse boils to the surface, lamenting housing prices and police violence, throwing a lazy rhetorical swing or two at capitalism. Soon after, the anger dissipates, Twitter retreats, and it is believed that Berlin is still Berlin.

In some ways, Berlin’s alternative culture is something that we take for granted. Its supporters, myself included, tend to romanticise it, seeing in it some kind of indefeasible spirit. We naively cherish the idea that the essence of the city in some way transcends the lack of policies that work counter to its preservation. Luxury accommodation complexes are allowed to expand persistently, with tech startups breeding unfettered (I know someone working at a startup that helps other startups start up). Despite this proliferation at the expense of affordable living, we believe that Berlin will always be different.

Naturally, there is room for argument here. Berlin has always been defined by change, and re-invention is intrinsic to any genuine alternative movement. However, the expulsion of one of the last standing of Berlin’s autonomous housing projects is a different kind of change. It is symbolic not of cultural regeneration but of suffocation.

The cost of living for a single person (excluding rent) in Berlin is now estimated at €823 per month. The Mietendeckel (rent cap) was ruled unlawful in early 2021, and the Deutsches Wohnen und Co. expropriation referendum last month may be a victory in name alone. In an environment that’s very quickly becoming uninhabitable, how is it possible for any lifestyle that is not dictated by the pursuit of profit to flourish?

I understand that I am of no help to Berlin’s radical left-wing movement. I am a European who took out around €24,000 in loans to study policy at a private university in a country where most masters are free. My German language skills are embarrassingly poor and I, too, drink oat milk. Is there any significant distinction between indulgence of this kind on the individual level and the macro-implications of gentrification for the city at large? It is difficult to say. Given that I already spend half of my income on my Neukölln apartment, I presume I will be on the receiving end of the problem very soon, priced out of the city that my presence has not helped.

In the short few hours that it has taken me to write this article, all of Køpi’s residents have been evicted. The bailiff is handing over the site to the property owner as I type. I am reminded of a 2011 article in the Economist on an equivalent squatting project that said “Berlin needs niches for mini-Utopias but does not know how to protect them.” I do not believe Køpi is a utopia and condemn residents’ use of violence today, but I believe there is something in this. Berlin is the city we know because these alternative spaces are enabled. They will not survive without our protection. Every time one is destroyed, something good is lost.

Sinéad is the Editor-in-Chief at The Governance Post and a Master of Public Policy candidate at the Hertie School currently on leave for a professional year. Working in the peace and conflict sector, she is interested in peace-building, migration, gender equality, and climate justice. Sinéad holds a Bachelor’s degree in English Literature and Philosophy from Trinity College Dublin, where she specialised in creative writing. Sinéad has previously worked as a journalist and loves reading, music, and wearing excessively colourful jumpers.