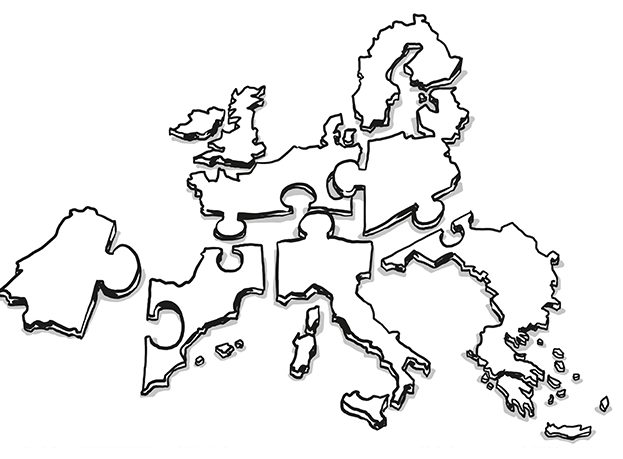 In March 2020, war-time medical personnel were roped in to assist hospitals in the world’s wealthiest city, New York. Confronted with do-not-resuscitate policies, rationing and elective surgeries, they termed the situation as requiring ‘countermeasures’. Although rare in human rights scenarios, weighing certain lives to protect others is a commonality in wars. Ishita Chakrabarty looks at the spread of the Corona pandemic across conflict states, and their implications for both the present and the future.

Just as ‘violence begets violence’, war begets and perpetuates diseases, and vice versa. Conflict-prompted displacements could lead to greater ecological interactions, resulting in zoonotic transmissions, for instance Covid-19, SARS and Ebola outbreaks. Meanwhile, displacement situations such as congested areas, lack of access to basic facilities could further human-to-human transmissions. Once a conflict breaks out, containment measures become next to impossible. Testing capabilities are non-existent either because of logistical issues or because communications across rebel-held territories are compromised. Public health care mechanisms as response systems crumble. Global health governance bodies are insufficient since they rely upon local health systems for gathering information and coordinating responses.

Additionally, war and disease in combination can potentially alter traditionalist notions of sovereignty and lend greater legitimacy to interventions – not out of altruistic concerns but for fear of cross-border transmissions. In other words, interventions are unlikely to be humanitarian. Medical personnel are already deterred from travelling to affected areas where healthcare might be needed. The language of securitisation could equate frontline defenders and medical personnel with combatants, thus allowing for the use of any means or methods of warfare, in complete breach of the tenets that “everyone, even the enemy, must be seen as human and protected”. In areas such as Indian-administered Kashmir, where the civilian population has been collectively perceived as lending support to militants, doctors have been attacked over regular intervention exercises.

The challenges in conflict situations depart from the usual arguments on discrimination, rising inequalities, and the executive’s unchecked assumption of powers in the context of stable states and under human rights law.

Insights on the Initial Phase of Pandemic-Handling
Consider the global call for ceasefire by UN Secretary-General Antonio Guterres amidst the raging pandemic. While several Non-State Armed Groups (NSAGs) initially declared their intention to uphold the call, most of them immediately retracted. Libya saw artillery attacks, shelling, and on-ground reinforcements during this period. One report notes how healthcare systems had been divided between catering for the combatants and the civilians. Moreover, the division of state power between two administrations compromised the chances of a coordinated response.

In the Philippines, armed rebel leaders had initially upped their attacks against the Duterte government, even while providing extensive health and food aid to civilians. The regime’s handling of the pandemic gave the rebels yet another reason to evoke dissatisfaction among the civilians.

In addition to their genuine inability or unwillingness, states and NSAGs in conflict and occupied territories can actively destroy health and critical infrastructure to coerce populations into submission. Conversely, not intervening amidst the health crisis could break or worsen any perceptions of legitimacy that these states and NSAGs hold. The commitment to uphold on deliverables during emergency situations like the pandemic is thus not only dependent on the level of legitimacy and control, but how these actors handle the situation is also indicative of, and helps reinforce, legitimacy.

Throughout the year 2020, and following its decision to revoke the autonomous status of Indian-Administered Kashmir in 2019, the Indian government continued to use a securitisation narrative within the territory. This narrative was used to justify restrictions over communications and movement and heighten cordon-and-search operations. The executive actions only exacerbated civilians’ resentment over previous human rights violations. Political detainees continued to languish in jails even while other prisoners had been let off to avoid risks of infection. About 600 Habeas corpus petitions filed before the constitutional courts were either not taken up or repeatedly adjourned. The executive continued to restrict assembly and movement of all civilians. No respite came from the Supreme Court despite petitioners’ requests that civilians were deprived of essential information to combat the Covid-19 pandemic. In its decision, the apex court thought that the executive would be best disposed to decide whether to resume these essential services in light of ‘national security’ concerns.

Rights such as those of judicial review and access to courts are non-derogable, even during emergencies. However, the court failed to appreciate that the biggest battle was the one against ignorance. Access to online databases is instrumental for monitoring new research, facilitating communication between humanitarian aid providers and civilians, tracking patient conditions, and operating other critical infrastructure and remote early conflict warning. At the same time, warring parties deployed other means of attack – remote and cyberwarfare. In addition to privacy and potential misuse concerns during an internal armed conflict, cyberattacks could give states access to sensitive data like existing medical conditions of high-risk targets or those perceived to be loyal to rebel groups, exacerbating the asymmetrical power relations between NSAGs and states.

Strategies for Conflict-Specific Vulnerabilities
The Covid-19 pandemic is not simply a one-off outbreak, but it represents emergencies that assume global proportions. Until now, commentaries have largely focused on the overall impact and remedies for the pandemic without accounting for the specifics of conflict situations. In conflicts, rights are already regulated and not seen through an absolutist lens. But existing laws of war, that regulate but not outlaw war, along with principles of solidarity can come a long way in addressing the added disadvantages of a pandemic-like emergency.

For instance, Articles 55 and 56 of the Geneva Convention Relative to the Protection of Civilian Persons in Time of War (GC IV) already provide elaborate safeguards for civilian populations within disputed and occupied territories. Where the contesting or occupying power/state refuses to or is unable to shoulder the responsibility to provide healthcare, and essential services such as food and hygiene, it should provide the population access to prophylactic and palliative care at prices that are not prohibitively expensive or at least allow aid-bodies entry.

Likewise, regional and global players engaged in proxy-wars must consider putting a hiatus to their roles for the length of the emergencies. Indigenous actors must remind themselves that they are being manoeuvred by stronger powers to suit their own global policies. For failed structures, surrendering power on a shared basis could go a long way in addressing the population’s protection needs. Adherence to these humanitarian standards will only increase the standing of states or NSAGs in terms of legitimacy.

Humanitarian agencies would do well to involve locally respected individuals and community leaders in fragmented societies to earn the trust of the local population. Additionally, they must abide by the “do no harm principle”, which states that an organisation not party to a conflict must not do anything, even inadvertently, to exacerbate already tense relations between parties to the conflict. For instance, they must see that their growing partnerships with private agencies and presence on digital platforms do not risk their recipients’ identities. At the same time, they must make every effort to remain neutral. Perceived partisanship could endanger the civilian population or even prior participants in wars, including those who are hors de combat.

As the public health crisis grows, resources earlier committed by the Global North for those in the Global South are now being used to address their own health crisis. Those with stakes in wars should contemplate departing from a standardised intervention model to a resource allocation model, at least in their own interests. These interests could include improving public image or breaking the chain of infectious transmissions.

Under the International Health Regulations that mandate capacities for improving state preparedness in the event of infectious outbreaks, only 33% of countries have shown that their national healthcare systems met the standard under the regulations. There must be a collective contribution to bring all healthcare systems up to minimal international standards and sufficient investment in contingency plans. Studies have shown that prior investment in healthcare could lead to expertise and professional staff training along with the availability of specialised equipment and personnel who can assist in the early detection and response in a different setting. This would be in the interest of larger players themselves, considering the very epidemiology of global outbreaks.