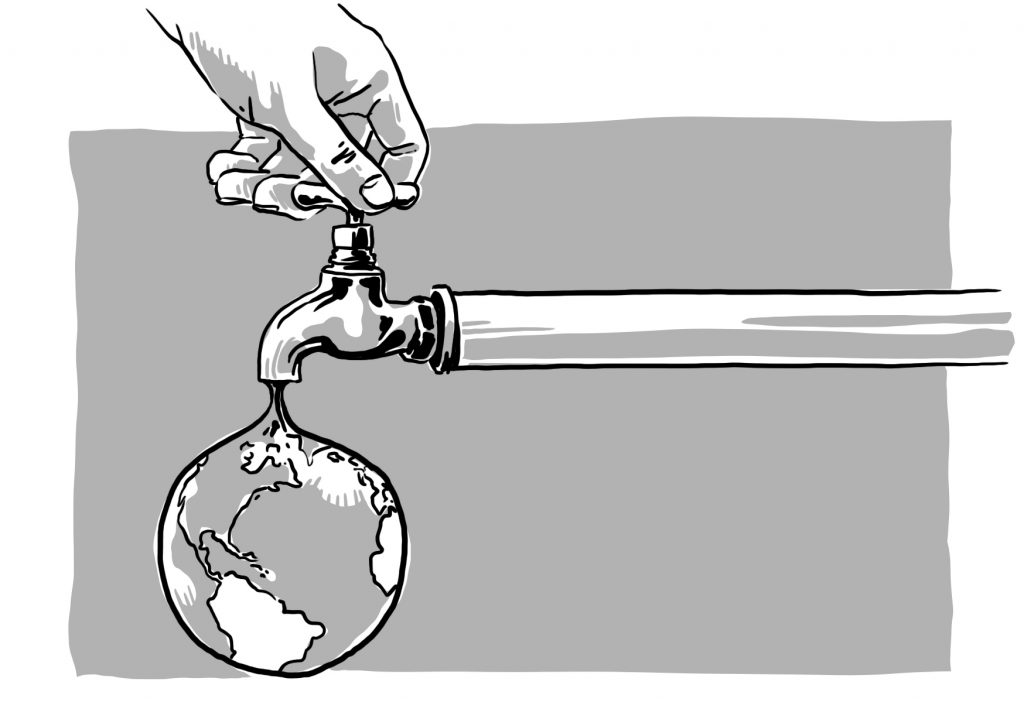 The United States (U.S.) experienced a gauntlet of environmental problems in 2020. But there may be reason for hope, as state and non-state actors are offering solutions to combat the climate crisis in 2021.

The United States faced a long list of issues in 2020 – from a viral pandemic to a volatile set of elections. Many U.S. Americans were glued to their TV sets and smartphones, checking the latest polling numbers or COVID-19 cases in their local area. As people bought masks and toilet paper in bulk or demonstrated their civil interest by voting early, a larger issue lingering in the background received far less attention – the climate crisis.

Between May and June 2020, many people took a break from pandemic routines and election doomscrolling to watch the biblical fires that roared across the West Coast of the U.S. Although U.S. citizens are less concerned with environmental problems than their G20 counterparts, more and more U.S. Americans are worried about the climate, and for good reason. From urban environmental plight, unseasonable rain in the Midwest breadbasket, diminishing crop yields, and larger and more frequent hurricanes barraging the Southeast, to droughts and wildfires plaguing the Southwest – the scale of U.S. environmental and climate catastrophes in 2020 was immense. Yet there may still be reasons for hope as many state and non-state actors are offering solutions to combat the climate crisis in 2021.

Little Fires, Hurricanes, and Droughts Everywhere
In 2020, the most salient environmental crises in the U.S. were the Arizona wildfires, which burned down more than 64,513 acres of the Tonto National Forest. The U.S. experienced more than 52,113 separate wildfires from January 2020 to January 2021. These burned more than 10.3 million acres of land across the country, which amounts to roughly 83% of the total land burned during the 2020 Australian bushfires (approximately 12.34 million acres). The U.S. has only surpassed 10 million acres burned three times since the National Interagency Fire Center began recording these data in 1983, all three occurring in the last five years (2015, 2017, and 2020).

Hurricanes and droughts were also prevalent. Between August and November 2020, the hurricanes Laura, Sally, Isaias, Zeta, and Eta killed more than 27 people. Hurricane Sally alone led to an estimated expense of $5 billion on cleanup and reconstruction in the South. These storms are not novel as the U.S. and its neighbours in the Gulf of Mexico have experienced more category 2-4 hurricanes (on the Saffir-Simpson Scale) throughout the last decade. But their costs cannot be measured in dollars and property damages alone since the psychological and sociological strains of disasters often still impact the affected populations years later.

Longer, although less severe, droughts and higher average temperatures were also recorded across the U.S. in 2020, with greater drought conditions concentrated in the northeastern, western, and central states. This pattern of drier climates across the U.S. may forecast lesser crop yields and an increase in wildfires in the future. It will also likely exacerbate the environmental plight that especially minority groups in the U.S. already face daily, being more likely to live in highly polluted, flood-prone, and heatwave-frequent areas.

U.S. and Global Climate Policy in 2021
The country’s environmental and climate problems have pushed many citizens, cities, and businesses to pressure U.S. political leaders for a new and better climate policy, and to pursue their own innovative environmental solutions. Fortunately, these actors did not have to start from scratch as policies and movements from the international community paved the way for more sustainable climate change solutions that can be implemented in the U.S.

Environmental and climate policies of the European Union (EU) could inspire U.S. policy in 2021. In 2007, the EU launched its 2020 Climate and Energy Package, which outlines three key objectives: to cut greenhouse gas emissions by 20% in relation to its 1990 levels, to achieve a 20% share of EU energy from renewables, and to attain 20% greater energy efficiency. The U.S. could reference this climate and energy package to create a New Clean Air and Clean Water Act or to implement President Biden’s environmental plan to ensure either includes Green House Gas emissions as pollutants and sets specific targets for future emissions reductions – an area in which the U.S. is currently lacking.

Beyond limiting the effects of the climate crisis, improved U.S. climate policy can contribute to achieving the United Nations (UN) Sustainable Development Goals (SDGs). As the UN body for assessing the science related to climate change, the International Panel on Climate Change (IPCC) attests that climate policy can lead to synergies, having a positive effect on other SDGs, or  trade-offs, bearing a negative impact on SDGs. In the U.S., well-designed climate policy could produce synergies that increase economic opportunities for U.S. communities via green industry incentives for businesses that reduce U.S. emissions. On the other hand, promoting green businesses could lead to trade-offs – such as unemployment in the fossil fuel industry.

The delicate balance of synergies and trade-offs in climate policy demonstrates just how difficult it is to derive solutions to the world’s climate crisis. Mitigating and adapting to the impacts of climate change could help the U.S. maintain its commitment to achieving the UN’s SDGs and even create economic opportunities within the U.S. But implementing climate policy without a sustainable timeline and transitory framework in place beforehand could lead to more trade-offs than synergies. The Biden administration will have to stay aware of the delicate balance of synergies and trade-offs that U.S. climate policy could produce under its stewardship.

The Biden administration can also find solutions from within the U.S. The achievements of some non-federal actors in the last decade could truly inspire hope for U.S. climate action in 2021 and highlight where certain federal climate policies could help or be a hindrance. For example, the C40, a collection of international cities working together on climate policy, has sought to reduce climate injustice and pollution in U.S. cities like Chicago, New York City, and Los Angeles, and worldwide e.g., in Hong Kong, London, and Dubai. The Biden administration could consult with the C40’s U.S. member cities to gauge which policies would create synergies and which policies might produce trade-offs for U.S. cities.

In a similar vein, the Biden administration could collaborate with big corporations and other organisations to respond to the climate crisis. In 2021, U.S. automaker General Motors (GM) committed to producing only zero-emission vehicles by 2035. The National Association for the Advancement of Colored People (NAACP) strengthened their Environmental and Climate Injustice Program to help minority communities in the U.S. fight unequal climate challenges throughout the country. According to Colin Kuehl, Professor of Climate Policy at the Northern Illinois University, “this [environmental injustice] should be a major component of how we think about and respond to climate issues going forward”.

Despite the fact that organisations like GM or the NAACP may have launched these initiatives to harness the popular momentum around climate change for their own advantage; the U.S. federal government could still mobilise these organisations’ commitments to create new civic partnerships with U.S. business and civil society that limit economic trade-offs and promote synergies for U.S. minority communities unequally impacted by climate change.

While these centralised and decentralised efforts demonstrate a desire for change regarding climate (in)action, they may not be enough to ensure that the U.S. maintains or increases its current focus on the environment. The U.S. requires institutional change to fight climate change. Therefore, the Democratic majority must use its position in Congress to pass a New Clean Air and Clean Water Act, while the Biden administration can mobilise federal agency resources to implement and elaborate upon environmental legislation that limits trade-offs and increases synergies for communities across the U.S. Both should move forward with President Biden’s environmental plan to establish an environmental and climate justice office in the U.S. Justice Department and emissions-free energy sector by 2035.

2020 was a tumultuous year for the U.S., but there is hope for change in 2021. The combination of the current administration’s vigorous efforts for better climate policy with climate activism from U.S. businesses, like GM, and civil-society organisations, like the NAACP, can pave the path to a future not awash with worries but with hopeful avenues to mitigate and adapt to the effects of climate change in the U.S. 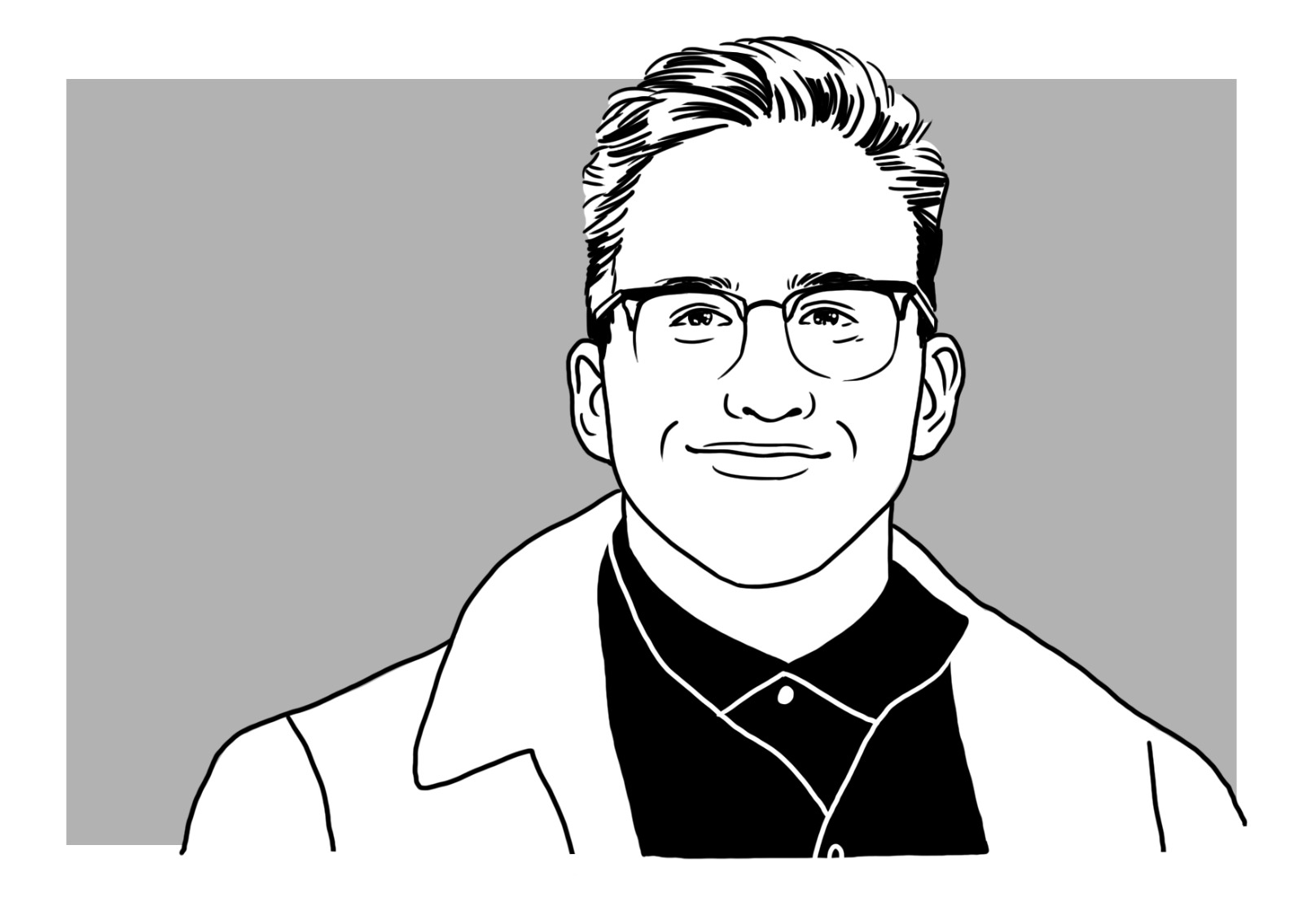 Quinn Carolan is pursuing a dual degree in International Development and Global Security from Sciences Po’s Paris School of International Affairs and The Moscow State Institute for International Relations (MGIMO). Originating from Chicago, Illinois, he has a deep interest in using his international studies to explore and understand problems from his home country, the United States.