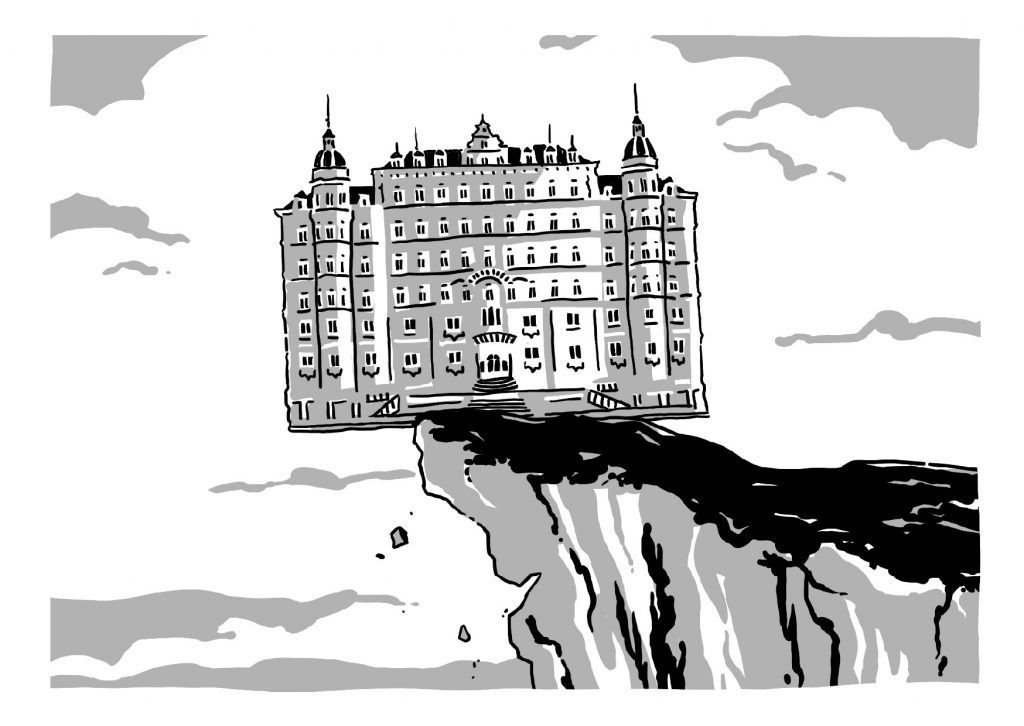 The core idea of representative democracy is that leaders maintain a comprehensive vision of politics, surveying how different realms of policy interact with each other and acting in accordance with their conscience. Ultimately, the trade-offs incurred while governing are submitted to the voters, who evaluate whether sacrifices made are worth the final objective.

Religious and secular societies alike have inherited a deep aversion for the waste of money and time that gambling provokes. Despite this, our entire existence is built on bets and risk-taking. In a single day, we wager that we won’t be run over by a car, that our house won’t explode in a ball of fire from a gas leak, and that the person we fancy won’t reject us if we ask them out. The difference between gambling and daily risk management is that the latter asks us to deeply think through our decisions and be aware of the trade-offs we’re called to make, as people and as nations.

Knowing the consequences of one’s decisions is the cornerstone of accountable politics, good governance, and healthy democracies. However, it’s questionable whether we can speak of such a linear relationship between causes and outcomes. Governance in the 21st century across all domains, from defence to health, will face what John Kay and Mervyn King called “Radical Uncertainty”. The contemporary world abounds with “wicked problems”, with root causes and effects that we observe worldwide.

Simplistically, we often view governing as a complex puzzle, and adopting the right measure given the context is the key to finding the optimal policy. However, this view implies knowing every possible consequence of that measure, the “real” state of the world, and the details of the issue we’re trying to solve in the first place. We’re perfectly capable of solving complicated puzzles – but without knowing how many pieces it has and what the final image resembles, it’s hard to know whether we really want to waste our afternoon completing it.

The Covid-19 pandemic is an obvious case of radical uncertainty. We know how the infection spreads but still lack important pieces of information such as the long-term effects of infection, social and cultural consequences of prolonged lockdowns, and educational outcomes of students in virtual classrooms. In a century where security, big data, and ubiquity of information are highly valued, governments are now flying blindfolded.

The response to Covid-19 provides a dark example: “flattening the curve”, means coordinating between agencies and sectors such as the business world, unions, the education system, public transportation, and health departments. This must happen simultaneously, without encroaching on each other’s turf. We conveniently organise public life along policy sectors such as health, defence, and economics but easily forget that these “silos” are just inventions of public management.

The need to coordinate across policy sectors precedes Covid-19 by decades. In fact, it’s a consequence of globalisation. “Globalisation” not only means that networks now span around the world, but that phenomena increasingly become global, affecting their environment in all directions. 9/11 was arguably the first “global crisis”, a single event that reshaped every aspect of public life, from our travel habits to internet etiquettes, from religious practices to the use of force by the police and the military.

The international response to that attack became the paradigm for how to manage threats and radical uncertainty. Cross-cutting institutions such as the National Security Council have risen to prominence, hoarding a series of competencies once attributed to the State and Defence Departments. Police forces have increased their spectrum of operation. Similarly, peacekeeping operations now face a far more comprehensive mandate: not only do they stop violence on the ground, they prevent target countries from radicalising future enemies of international society.

After 9/11, we witnessed a global shift in the philosophy of government. It’s argued that if problems can cascade across policy domains, the executive needs to be free to act in every aspect of public life. If the biggest threats are those that we do not yet know exist, then information needs to be centralised in the hands of experts with the ability to decipher “weak signals” of what is to come.

China’s rise as a global power further pushes Western nations in this direction. Many in the United States and the European Unioin now advocate for stronger state involvement in the free market, fearing that “national champions” could fall victim to the relentless expansion of Chinese companies worldwide. This push for protectionism is partly justified by the role Beijing plays in steering its homegrown businesses – nevertheless, it’s remarkable to hear speakers from traditionally conservative parties, such as the Republican Party or German Free Democrats (FDP), advocating for what is an anathema to their traditional positions. In a world where linear relationships have lost their meaning, economic dogmas can be sacrificed on the altar of political liberalism and international competition. When thinking globally, one either falls prey to easy totalitarianism or fully embraces the need for flexibility.

Notwithstanding the global war on terror, most political parties pay lip service to the necessity of embracing a “global strategy” (e.g. against climate change), often by establishing new cross-ministerial national councils. While these structures may be better suited to react across policy sectors, they do not truly solve the issue of radical uncertainty. The airplane may be modern, but we’re still flying blindfolded. Crucially, these cross-domain institutions or councils often lack political accountability, and the backlash against Covid-19 expert commissions has highlighted this fact. This is not necessarily an issue of democratic legitimation: Dr. Anthony Fauci and Dr. Christian Drosten don’t have the authority to act upon their recommendations, which is left to governments and national parliaments. Technocrats and technical bodies – including and especially national security councils – often lack the sensibility and political mandate to follow their recommendations with action.

Politics is the art of redistribution. Classically, this has meant a redistribution of income, wealth, and resources between constituencies. Today, this also means a redistribution of risk. Ulrich Beck recognized this in 2007. He argued that the most powerful tool in a politician’s toolkit is deciding who will carry the risks inherent in a policy. Universal Basic Income, for example, reduces the risk of workers to become victims of poverty; at the same time, it increases the risk of public debt for future generations. “Flattening the curve” exchanges the risk of death for the risk of psychological duress. Banning 5G equipment from Huawei reduces the risk of cyberespionage, but increases that of lagging behind economies that adopt the technology quickly. Moreover, these trade-offs do not consider those “unknown unknowns” we’re still not aware of and which we will only be able to evaluate ex-post.

This is the core of the accountability problem that has haunted modern politics since the turn of the century. Most liberal democracies still lack the measures that spur social trust and a sense of responsibility from those in charge towards those their decisions affect. These measures include civic education, a globally-minded and educated cadre of policymakers, a high level of transparency and citizen involvement – and, of course, coordinating bodies sensitive enough to understand the political dimension of risk redistribution.

As noted by Adam Tooze, it’s no surprise that the democracy which has fared better through the crisis has been South Korea, where Beck’s legacy has been appreciated the most. The practise of strategic foresight, which is based on the open exchange between pools of experts and stakeholders, also has the potential to mobilise diverse sources of knowledge and disseminate it across society.

It increasingly looks as if the 21st century will be one of pervasive uncertainty and all-encompassing political emergencies. We will face dramatic dilemmas of what we’re willing to risk protecting our ways of life. If we truly believe in the right of citizens to determine their futures then it’s time we put them in the conditions to decide how to distribute the burden of risk in face of radical uncertainty. 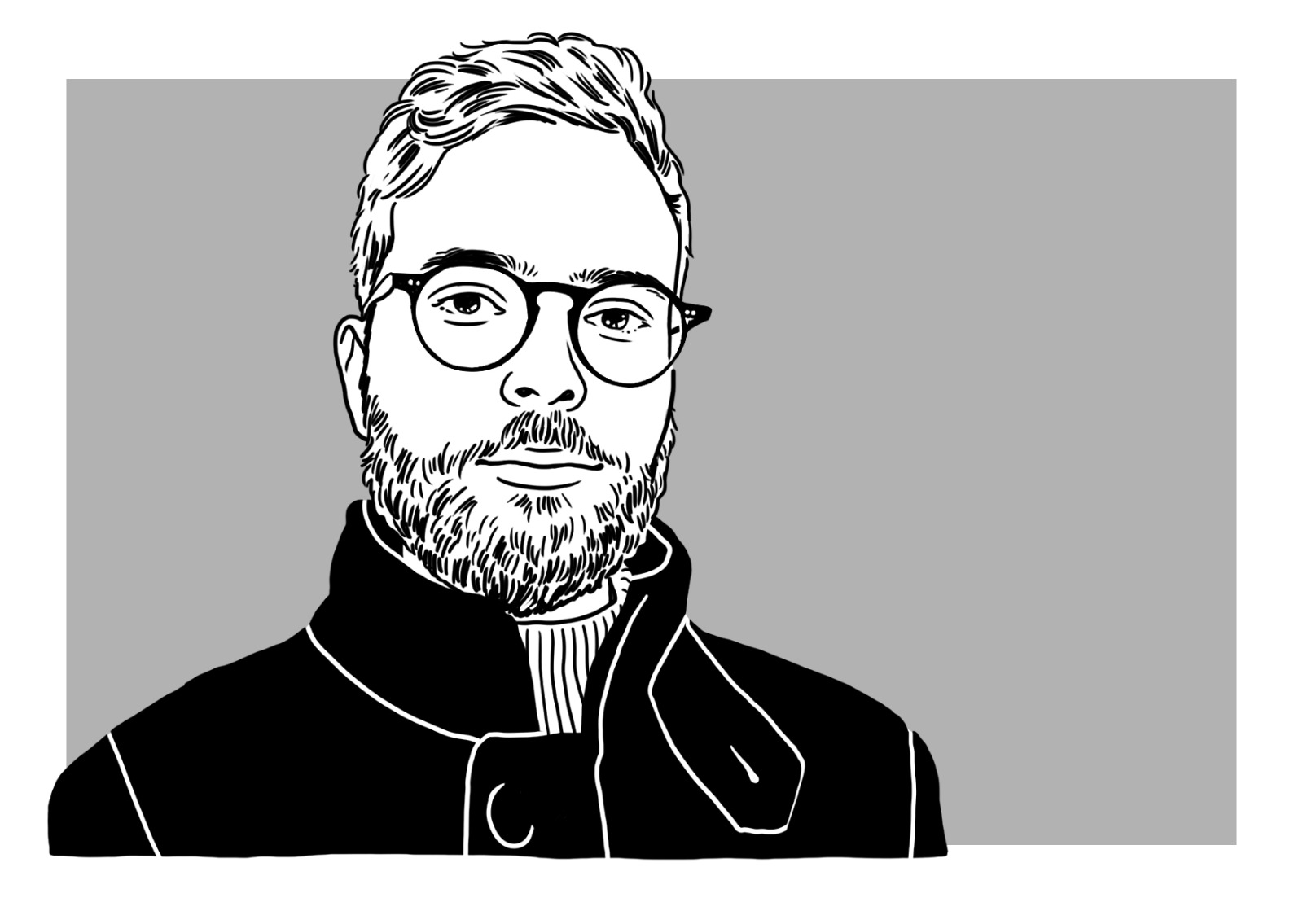 Michelangelo Freyrie is a student of International Affairs at the Hertie School of Governance in Berlin. He’s currently interning at strategic foresight consultancy in Berlin. He previously worked as a research assistant to the director of Hertie’s Centre for International Security.