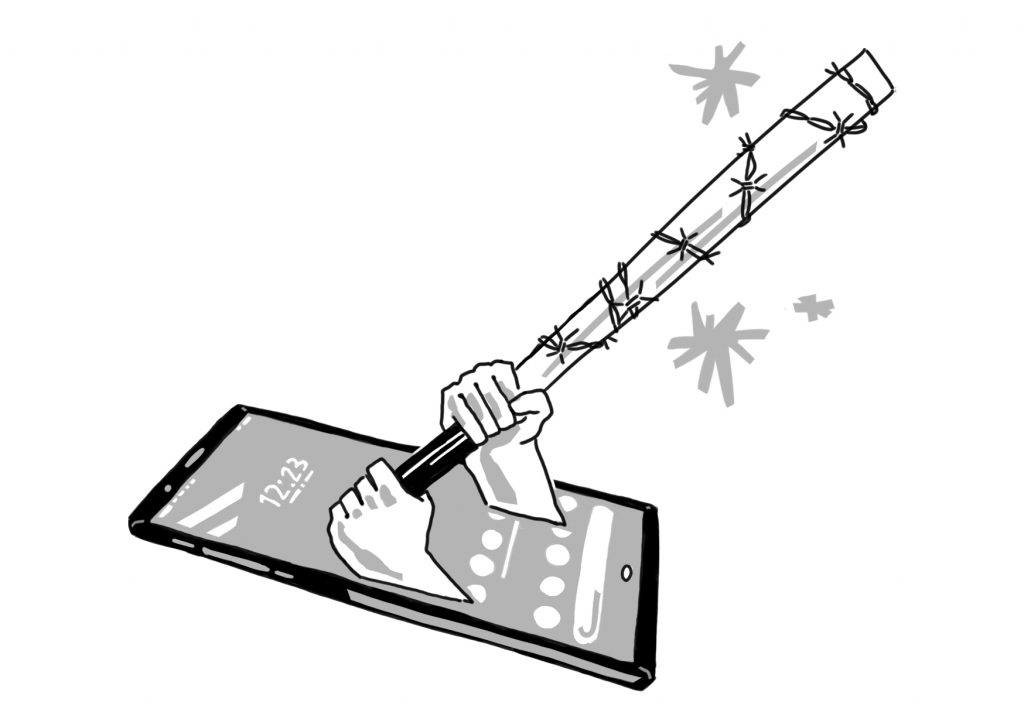 He stands wearing a wrinkled white shirt, dark suit, and a slightly shaggy beard. An old Blackberry is in his right hand, a third cup of coffee in his left, a lot is on his mind. The office’s morning calm misleads most, but not him. His phone will soon display the problems he will need to solve. Then, in walks his boss – the Prime Minister of Denmark – and the game begins.

This man is Kasper Juul – the fictional political “spin doctor” from the Danish show Borgen. Set in the late 2000s, the show follows the fictional ascent of the country’s first female prime minister – Brigitte Nyborg. She is idealistic and resolute; Juul would argue she is too honest for her own good, because he is her media mercenary.

Nyborg’s art is policy. Juul’s: communication. He is a man without a conscience, the butler of bad news – he serves the sour with just enough sweet to make it taste good.

The final episode of Borgen aired in 2013. Last December, I watched the three-season series and learned the ins and outs of Juul’s art: political spin. Spin is when a biased view of an event is communicated to influence public opinion.

Simultaneously, across the Atlantic in my home country, a caustic evolution of spin – alternative facts – culminated in a mob storming the United States Capitol Building on January 6th – the first time since 1814. I asked myself – when did spin evolve from the political rhetoric of this Netflix show into the vehicle for insurrection in a once unconscionable setting?

Spin doctors can be press officers, communications directors, etc. Their work is everywhere: politics, business, government. It seeps into any part of human interaction that involves perception, instinct, manipulation, and the public.

They are masters in veiling the bad and promoting what appears to be good – their client’s best interest always in mind. Tactics include: refocusing the public’s attention onto a different event of the day, or diverting focus to other news about opponents.

In the 1920s, an American named Edwards Bernays – often considered the “Father of Public Relations” set the scene for spin doctors. Bernays worked for politicians, companies, and causes from all sides of the political spectrum in the United States. In 1920, he helped promote the National Association for the Advancement of Colored People (NAACP)’s first convention. In 1929, he doubled the market for cigarettes by branding them “Torches of Freedom.” In the 1950s, Bernays was hired by United Fruit Company to promote Guatemalan bananas to the United States consumer. He knew that a democratic perception of the nation meant more bananas sold. Bernays persuaded American newspapers to play up the threat of communism in Guatemala. His spin led to a coup in the fragile democracy.

The mid-1990s beckoned a new age in journalism – the era of 24-hour news cycles. With a growing need to fill more air time, journalists needed more stories, and often took what they were given. Spin doctors played a large part in deciding what to share. The public did not find it so easy to corroborate events; the internet was not yet a go-to source for news.

Today, the spin of Juul, Bernays, and Campbell has shifted its shape. It takes place online. Social media, streams, group chats, and message boards make comparing hundreds of opinions easy. The doctor may be out of business.

But this does not mean that spin has disappeared. In a 2014 blog post, Alistair Campbell, a former influential communications director for Tony Blair, put it perfectly:

“The ability to self publish and make digital links… gives the opportunity for new players to emerge and become important voices. So it is not that spin is dead, far from it, there is more of it than ever, but the traditional spin doctor may be.”

It is exactly this prevalence of information – from an innumerable amount of online sources – that has made spin more polarising, exponential, and dangerous than ever before. Spin was once ubiquitous; now it is out of control. Depending on where someone gets their news, the problem people have today is not determining how it has been spun, but whether the story they are reading is based in reality at all.

Throughout Trump’s presidency, the oxymoron of a subjective fact embedded itself into the American vernacular. “Alternative facts” mixed the essence of spin and truth into one manipulative entity. They soon pervaded all corners of society: race relations, the COVID-19 response, and the 2020 U.S. elections, to name a few.

Conway’s moment also provided a platform for the harmful disinformation efforts already underway. Through social media, “alternative facts” aided online misinformation, disinformation, and theories like Pizzagate, Obamagate, and Qanon to spread. This legitimation, by the President’s own advisor, shifted the theories into mainstream politics and culture.

The negligence shown by conservative organizations like Fox News, Republican politicians, and President Trump through their failure to disprove obvious falsehoods validated the alternate stories. They benefited from this misleading dialogue, while Americans increasingly lost touch with reality. Platforms like Facebook and Twitter did little to curb its spread. Duped Americans began to act on them.

The  spin (can we even call it that anymore?) has officially spun out of control. It is now sinister. Politicians in the U.S. play their constituents like blackjack, just to have another term handed back to them. By allowing these theories to freely marinate in the minds of their constituents, politicians are complicit (and therefore guilty) in the potential demise of the country they claim to represent.

While watching Borgen, I saw Juul and Nyborg use spin in their communication to the Danish public. Nyborg often tugs at her moral compass when deciding whether to tell the straight truth or to spin it a bit in order to get ahead politically. She usually chooses the former, tiptoeing along a delicate moral rope each time.

The problem with “alternative facts” and “fake news” is that they have pushed this line farther and farther back until it collapsed, like the barricades at the Capitol Building on January 6th.

Unlike Nyborg, today we have politicians that do not only fail to call out falsehoods, but some who actually believe them. Newly elected House Representative from Georgia Marjorie Taylor Greene’s beliefs in conspiracy theories, for example, are a direct manifestation of the failure of her predecessors, like Ted Cruz, to adhere to the truth. Trump and Cruz almost certainly do not believe in Qanon, but Greene surely does. In 2017, she said that QAnon is “a once-in-a-lifetime opportunity to take this global cabal of Satan-worshiping pedophiles out.” She now represents U.S. citizens in government. Alternative facts and conspiracy make up the lens through which she conducts her official duties.

Republican politicians need to acknowledge that this disinformation epidemic is not a partisan issue. It is no longer merely spin. It is a threat to the future of the United States. If they do not, then Greene is only the beginning of an even further shift coming to U.S. politics and society. There should be a sense of moral mandate to tell the truth, not a partisan surreality. Facts are objective: no amount of spin could or should have ever changed that.

If communication between politicians and the public is to improve – and the unity of the country with it –  truth should be the rule, not the exception.

Stefano Montali is a Master of International Affairs candidate at the Hertie School of Governance. He has previously worked as a Producer at digital agencies in San Francisco for clients such as YouTube. Originally from near Miami, he enjoys solo backpacking, playing music, watching documentaries and running around Berlin.