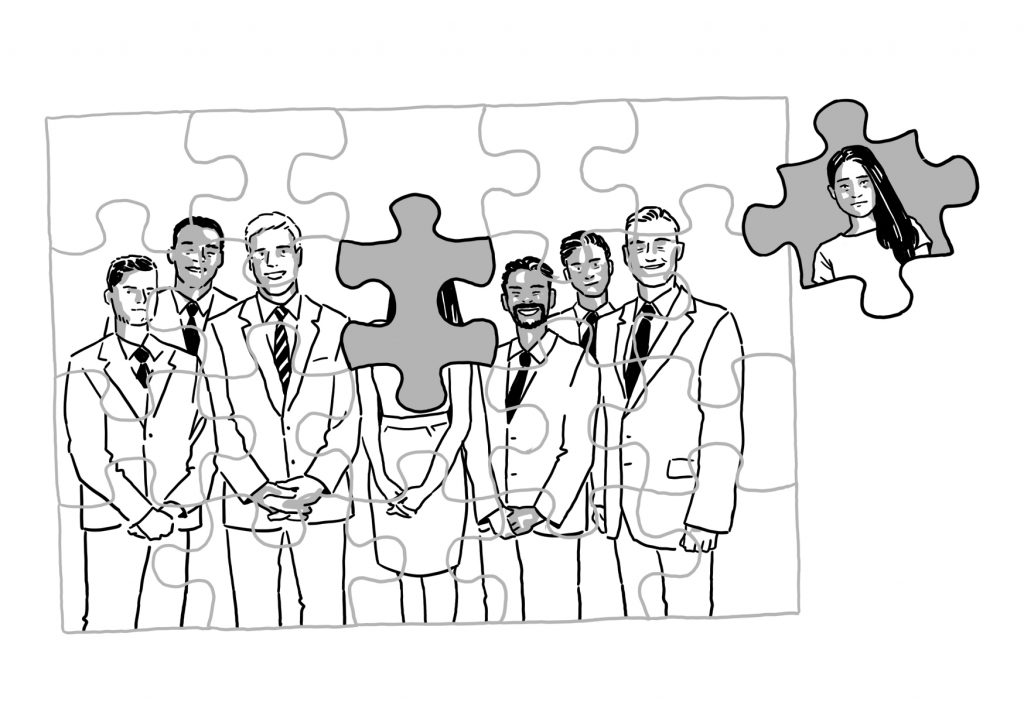 For a country with high wages and an equally hefty price tag on living, the social divide in Swiss employment is a strong signal for policymakers globally that long-term investment in gender equality is essential to achieving social fairness and consequently, economic success. In order to truly be a role model for European welfare states, Switzerland must increase long-term investments in the extension of maternity leave and redesign policies to prevent women from being pushed into atypical employment contracts.

The author conducted research for this piece under the supervision of  Dr. Hanna Schwander, a former Hertie School Professor of Social Policy. Schwander is a Swiss expert in the politicisation of insider-outsider divides in Western Europe, labour market vulnerability and its political consequences.

Like other continental welfare states, the Swiss system developed in a strongly gendered way with a specific focus on men and marginalisation of women. Especially in the 1970s and 1980s, when most European countries fully transitioned to post-industrialized societies, the Swiss welfare state still did not offer maternity insurance or leave and excluded women from its occupational pension scheme until the 1980s. In fact, to have access to these fundamental welfare rights, there was a minimum annual income threshold, which excluded citizens with atypical employment, such as discontinuous part-time work, which to this day is still largely performed by women.  Maternity leave only came into effect following the Swiss national law in 2005.

While neighbouring country Italy never correctly addressed its low employment and extremely high youth unemployment rates and only introduced limited changes to its welfare state in recent years, Switzerland has been able to overcome several socio-economic challenges, namely unemployment and the imbalance between work and family life. The country has a very low unemployment rate (Figure 1); however, there is still a significant difference between ‘insider’ (typical full-time) employment and ‘outsider’ (atypical part-time) employment, based on a gendered divide dominating access to the welfare state. For the purposes of analysis, typical employment indicates full-time job contracts, while atypical employment indicates employment relationships that are usually part-time and that have a limited duration.

After the end of its industrialisation in the 1970s, new social risks emerged in Switzerland:  precarious employment, long-term unemployment, being a working poor, single parent, and the inability to reconcile work and family life. These risks should be contextualised in the heavily divided political geography of the confederation of twenty-six independent regions, called cantons. This institutional power fragmentation and the Swiss direct democracy slowed the development of the welfare state in incremental stages, making it difficult to classify (Hausermann and Schwander) within the typical range (ibid) of liberal or conservative systems. However, scholars are now defining it as a conservative state with some liberal aspects, such as its open market and modest level of welfare benefits. The Swiss mandatory health insurance scheme, which came into effect only in 1996, is just one example of how the state’s ‘modest’ approach to welfare leads to limited access to crucial welfare benefits.

The major consequences of these limited welfare benefits are strongly allocated to the women who dominate the realm of atypical employment (Figure 2 and 3).  Of the most pressing of Swiss social risks, the gendered divide demands the introduction of cross-sector policies ensuring women equitable access to the welfare state, specifically to typical employment opportunities. A critical area of policy reform, the maternity leave that Swiss mothers enjoy is limited to just 14 weeks. Even though the compensation for motherhood  accounts for 80% of the original wage, due to its short duration, it still pushes women into part-time jobs that allow for more flexible schedules. Motherhood, according to the Swiss welfare state, makes women less desirable to employers than men.

A sector that sees a high number of Swiss women with atypical employment contracts is the care industry/market, including  all the hierarchies and types of educators as well as health care specialists, from nurses to psychologists. Care work also comprises the array of unpaid domestic work that is disproportionately performed by women across European countries. While Switzerland has been a role model for Europe as a continent when it comes to reducing the unemployment rate and minimising the so-called ‘working poor’ (when someone has a job but does not earn enough to cover basic necessities), it has significantly fallen short of its core function to protect and increase social equality in its welfare state.

To effectively define the insider-outsider divide and its hidden gendered consequences on employment and welfare access, I directly analyzed the part-time employment rates for men and women in Switzerland from 1996 to 2017 using two density plots I generated for comparison (Figure 4). The percentage of men in part-time employment is remarkably low, mostly in a range between 15% and 25%. The graph also points out that there is not a well-defined mode, but that the distribution of the values has two peaks, a major and a minor one. Substantially, this means that the part-time employment rate for men in the years analyzed has mostly been approximately  17% (major peak) and 24% (minor peak) respectively.

However, the graphical analysis also shows that the percentage of women in part-time employment is quite high, between 49% and 53%. In contrast to the density plot for men, there is a well-defined mode, which indicates that the part-time employment for women in the examined years has mostly been around 51%. This analysis confirms what many Swiss citizens experience first hand: women tend to be employed in atypical employment conditions more than men.

One important reason for the inability of the Swiss welfare state to solve its gendered inside-outsider divide is that Switzerland started investing into new social risks only in 1987 much later than other countries, such as the Scandinavian block. The Scandanavian block is rather the true model for European welfare states thanks to its successful  transformation of the welfare system during the post-industrialization phase (Figure 6).

Surprisingly, Switzerland had not sufficiently invested in solutions to its growing social risks until the late 1980s (Figure 6); however, between 1987 and 1991 (Figure 6), the country changed its policy strategy valuing increasing  investment in addressing social risks with regard to employment and welfare distribution. This governmental strategy has helped Switzerland to modernize its welfare state making it more accessible to women and overcoming a deep-seated  gendered insider-outsider divide. Additionally, it showed the key role that governments play in solving social inequalities in access to the welfare state.

Yet, even with the increased investments in the new social risks, Switzerland is still very far from a modernisation that acknowledges gender equality at the core of its constitution. . As of 2020, only 35.88% of women have access to managerial positions in a labour market in which only 59.7% women are employed  (Figure 7).  Only 44.6% of women are employed in part-time work compared to only 11.2% of men. Most importantly, the gendered divide is not only strongly present in the private sector, but it also characterizes the public one. In fact, the Swiss parliament is composed of two-thirds men, leaving direct democratic decision making in the unequal hands of the gendered social divide impeding national progress.

Figure 7: Proportion of Women in Managerial Positions in OECD-Countries, in Percent

Switzerland must actively increase long-term investments in the extension of maternity leave and redesign policies to prevent women from being pushed into atypical employment markets. This dual policy strategy would allow Switzerland to achieve a similar level of welfare state as that modeled by the Scandinavian countries. A perfect window of opportunity exists now for the transformation of the Swiss welfare state during the recovery phase from the ongoing COVID-19 crisis.

Andrea Giuliani is a candidate for the Master’s of Public Policy at the Hertie School. Prior to his graduate studies, he completed a Bachelor of Arts in International Relations: Politics and History with a minor in Economics at Jacobs University. While at the Hertie School, he spent a semester abroad at the Sanford School of Public Policy at Duke University. Andrea’s interests are welfare policies, public sector digitalization and quantitative methods analysis with a specific focus on R coding.