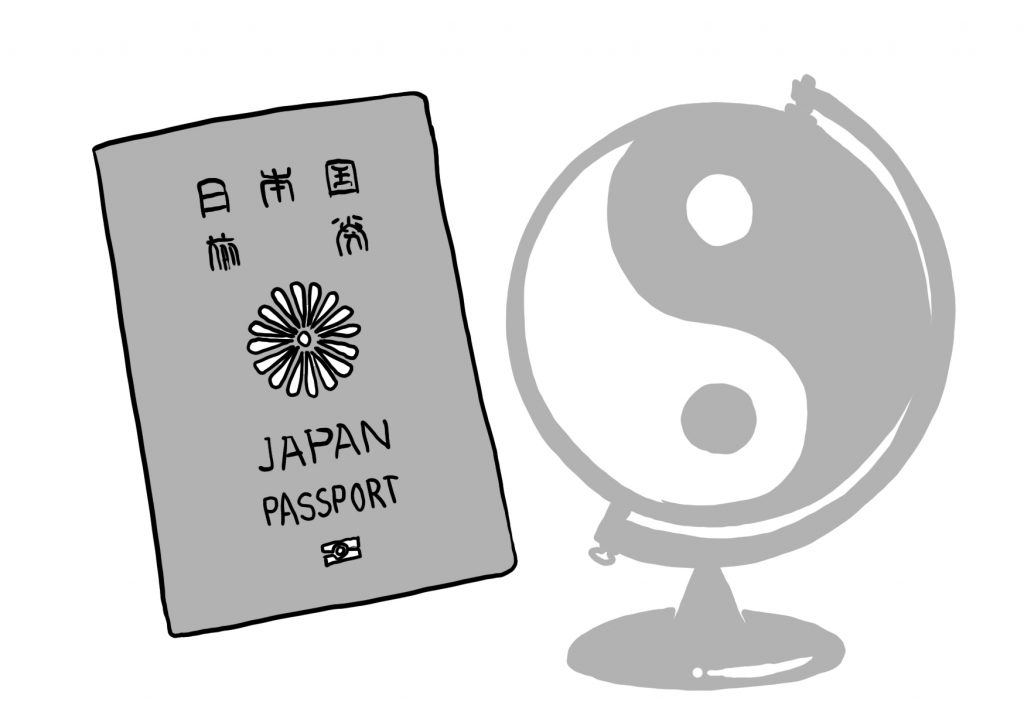 Japan currently forbids dual nationality due to conflicting regional and national interests and to retain competitive economic edge. In an age of global interconnectedness and rapid demographic changes in the country, Governance Post Editor Maia Hall calls for Japan to abolish the 1950 Nationality Act.

In September 2018, at the age of 20, Naomi Osaka became the first Japanese tennis player in history to win a grand slam title. Born to a Haitian father and Japanese mother, she was a dual national – ‘was’ being the operative word, thanks to a Japanese law that prohibits dual nationality beyond the age of 22. Osaka recently gave up her US citizenship in order to be able to represent Japan at international tournaments. Widely reported by both international and Japanese media, Osaka’s choice has once again brought to attention the plight of dual nationals faced with the decision to pick just one side of their identity. Her very visible decision – her silence – was a missed opportunity to take a stand against this antiquated law.

Japan is one of only four developed countries in the world that still impose automatic and outright loss of citizenship if another is voluntarily acquired. According to the Japanese Ministry of Justice, almost 900,000 people in Japan are in Osaka’s position, holding dual citizenship through jus sanguinis, or right of blood. However, Japan’s 1950 Nationality Act forbids dual nationality after the age of 22 (two years after the age of majority after a short window for deliberation as a legal adult). At this point, citizens must choose to renounce either their Japanese or foreign passport. As a key economic power in an ever-globalising world, and particularly as a country whose population is rapidly shrinking and ageing, Japan should scrap this anachronistic law and, where possible, allow its citizens to embrace their cultural heterogeneity.

Naomi Osaka had to declare for Japan before she could represent them at the 2020 Tokyo Olympic Games, a seemingly tactical move to be a bigger fish in a smaller pond. Fortunately, most Japanese citizens holding dual citizenship are not under the same level of scrutiny as the international sports star. For the majority, the law works under an implicit ‘don’t ask, don’t tell’ rather than through strict enforcement by the Ministry of Justice – so many simply hide their dual nationality.

At best, the current policy encourages the suppression of mixed-race and cross-border identities and, in doing so, serves only to quell important conversations about identity. At worst, it helps to foster a culture where biracial children are more susceptible to bullying. Because there is no law that explicitly forbids discrimination based on nationality or race, non mono-ethnically Japanese people face everyday discrimination, are denied opportunities, and are assumed to be less (or even sometimes arbitrarily or incorrectly more) competent than their fully (read: visually) Japanese counterparts. For instance, those applying for government-run agency jobs can be turned away simply for “looking foreign”. Landlords hang up the phone at the mere mention of a non-Japanese name. There exists an increasingly louder discourse within circles of current and former dual nationals on these frustrations, which are founded both on internal identity struggles and real-world, consequential discrimination.

Today’s citizenship policy is rooted in Japan’s 220-year period of self-imposed confinement during the Edo Period (1603-1868). During this time, a strict isolationist foreign policy was used as a justification for protecting peace and stability on the Japanese archipelago. The law has evolved over the years to allow for international marriages and then for mothers to also be able to pass on their nationality to their children. Now though, the policy misaligns itself with Japan’s forward-trajectory of increased openness and engagement with the rest of the world and serves as a powerful de jure statement of continued national isolation.

Japan’s contemporary albeit tacit reasoning behind the continuation of the 1950 law includes historical and current tensions with neighbouring countries over wartime behaviour and territorial control. South Korea has deep-rooted distrust in Japan due to the latter’s war crimes during World War II. Japan’s three-and-a-half decades long colonial rule of the Korean peninsula right up until the end of World War II has also left a sour taste, while economic and political relations with North Korea are entirely undeveloped. Ties with China remain strained due to Japan’s often contentious views on the casualties and impact of the 1937 Nanjing Massacre committed by Imperial Japanese troops, and an ongoing territorial dispute over the Senkaku/Diaoyu Islands.

Self-inflicted or not, it would be unhelpful to simply dismiss Japan’s security concerns. However, the Nationality Act does little to address these potential issues of loyalty. A policy that incentivises many not to declare their dual nationality statuses only serves to make it more difficult to monitor those with competing identities.

This law is further problematic for foreign policy. If Japan truly holds to the belief that these nations are economic competitors, it would do well to recognise that South Korea and many other countries around the world also have rapidly ageing populations and consequently, rapidly diminishing workforces. With one in eight Tokyo residents of immigrant origin under the age of 20, it hardly fits that the best way for Japan to compete in the labour market is to make itself a less desirable place to be long term for those with diverse identities.

Considering Japan’s demography, the law poses challenges to pragmatic policy-making also in the domestic arena. Japan is one of the most quickly hyper-aging and declining societies in the world, due to high life expectancy, low fertility rates spurred by poor work-life balance, later and fewer marriages, increased participation of women in the workforce, and high costs of living. By 2050, a third of the population is estimated to be over 65. As increasing numbers of elderly people are forced by age to leave the already-diminished labour market and rely on personal and state support networks, this will put serious strain on families, communities, the welfare system and, in turn, the economy.

In these circumstances, Japan should be encouraging people to stay or move there; indeed, it is  increasingly aware of its demographic limitations. In 2018, Prime Minister Shinzo Abe’s governing coalition passed legislation relaxing the entry requirements of its national immigration policy, allowing thousands more foreign workers in to mitigate the country’s significant labour shortages. And yet, the existence of the Nationality Act stands in contradiction with such attempts and is counter-intuitive. This is because not all dual nationals will be Naomi Osakas. Many, if forced to define their identity solely by one passport, may realistically choose elsewhere.

And what if Naomi Osaka had said no and chosen her American side instead? Japanese society has a tendency to rally around charming, talented celebrities, as demonstrated by recent cases of celebrity- and fan-driven activism in a variety of different fields. But as of yet, there has been no name big enough to successfully make such a move against the law on nationality. Perhaps, in this sense, the catalyst for change is superficial but easy enough. Those with the loudest voices – like Osaka – should start saying no. Only with this sense of collective national pride for someone influential like her might the issue of dual citizenship spark great enough interest to be relevant to those other than dual citizens themselves.

70 years on from the inception of the Japanese Nationality Act, as we move into the future and as the lines between nations and peoples continue to blur, open conversations about identity will become increasingly prevalent and necessary. For Japanese dual nationals, the best of both worlds mantra loses all meaning come the age of 22, when one of their worlds is forced by law to relinquish the other – or hide in plain sight. Japan can no longer shelter in the isolationist influences of the Edo Period. The time has come for the Nationality Act to give way to the legal recognition of the freedom to be who you are.

Maia Hall is half British and half Japanese and so has recent personal experience of the Nationality Act and its consequences.

Maia Hall is a candidate of the Master of Public Policy. After graduating from the University of Edinburgh with a Master of Arts in Linguistics and Japanese, she lived and worked in Kyoto for two years in the International Affairs Division of the prefectural government. Maia is deeply interested in ageing and social policy, environmental issues and the media. She also loves the 3 R’s: Reading, Writing and Ramen.