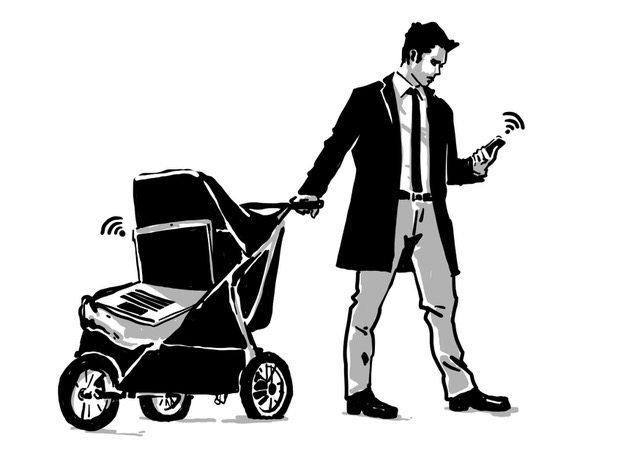 Although relationship ideals have changed in recent decades, gender equality is still not a reality in Germany. The author Moritz Hahn’s case study of working fathers in a German management consultancy shows that these men contribute significantly less than women to childcare and housework. Based on this evidence, which policies should the Bundesministerium für Familie, Senioren, Frauen und Jugend (German Family Ministry) implement to increase fatherly involvement at home and subsequently improve gender equality across the country?

German women earn 21% less than men, create only 53% the amount of pension savings men create throughout their lifetime, and contribute around two hours per day more to childcare and housework than their husbands. This is not only lamentable but also paradoxical as surveys show that 94% of German women and even 80% of men have the intention of balancing family life and work. 73% of German fathers also want to work less than their contractual hours. This large discrepancy between status-quo and preference is also reflected in the part-time figures: at the moment 11% of German men work part-time compared to 46% of women.

Fathers work more and thereby contribute significantly less than their fair share to childcare and housework, making gender inequality a reality in Germany. The questions remain: Do fathers work more because they do not want to give up a very privileged position? Or is it because they are not allowed to work less, as the workplace demands full-time commitment?

Many media outlets focus on revealing conservative gender role preferences and the individual power relations between men and women, while little attention is given to the institutional barriers that inhibit progress to more gender equality. According to a qualitative case study I conducted on fathers at a management consultancy, there are two reasons why they contribute significantly less to childcare and housework: Fathers earn double to triple the salaries of their wives and are constrained by their workplaces.

Considering the higher salary of the interviewed fathers, any reduction in working time would create a large financial gap. The family would then have to accept a lower family income or the mother would have to work more to compensate for the reduction. None of the options seem economically sensible. One father explained, he and his wife had discussed the arrangement before they became parents: “when we want to have kids, we need to optimize family income. The discussion might have turned out differently if I had earned less than her or at least the same amount as her.”

Nevertheless, this may not be true for all fathers as some families may prefer family time over money. Management consultants are usually paid very well. Fathers could sacrifice parts of their salary for more family time depending on their lifestyle and parenting choice without causing financial difficulties for the family. Yet again, why do the majority of fathers decide against that?

It was apparent in the interviews that the workplace acted as a major barrier constraining the desire of fathers to work less. Fathers reported strong normative pressures and fears of risking their careers. Especially unsupportive superiors and subtle critical remarks of colleagues created an impression that fathers were not entitled to work part-time. One father pointed out: “The environment, the local team, the project team – they all have to cooperate and understand that I have to leave on time to pick up the children. It is impossible to quickly reschedule in a flexible manner as practiced in a project-based business or as requested by clients. I believe part-time work would fail because the environment is not prepared for it.”

Besides normative pressures, the working model of a management consultancy is structured in a way that is not compatible with part-time work. Management consultants work long hours, travel regularly and have to be available constantly, even on holidays. This makes it extremely difficult for fathers to reconcile work and paternal involvement while pursuing a career.

Parental leave, on the other hand, was used by almost every interviewed father albeit only the minimum amount of two months. Parental leave payments consist of 300 to 1,800 Euros per month and per parent for up to twelve months. 14 months are granted if both parents take at least two months off. So, why do fathers not take more time off to be with their children, even if parental leave is highly compatible with the way project-based consultancies work?

The fathers stated that they either did not “want to take parental leave months away from their [wives]” or were afraid they would have to face pressure from their colleagues and superiors as well as accept a lower family income while on parental leave. One firmly stated, “You either work with full commitment on a project or almost not at all.” However, as soon as a project is completed, consultants can easily delegate the remaining responsibilities and go on leave.

This case study showed that the main reasons German fathers in a management consultancy do not contribute more to childcare and housework: Firstly, they earn significantly higher salaries than their wives. Secondly, fathers are greatly constrained by the strong norms and the rigid organization of their workplaces.

The question is now which policies need to be implemented by the German family ministry to increase fatherly involvement at home and thereby improve gender equality?

Effective social policies need to take the strong impact of gendered income differences and workplace conditions into account. Political efforts are required to decrease the gender pay gap and to transform German companies into family-friendly workplaces where all employees feel entitled to reduce their working hours if they choose to. There are three critical policies that will achieve this.

First, reform of tax benefits for married couples may incentivise women to work more and men to work less. The policy reform is also projected to generate tax revenues of around 15 billion Euros annually, which can be used to create additional childcare facilities. Current tax regulation enables married and civil union couples to declare their income taxes jointly. The higher the income difference of both partners, the higher the tax benefit reinforcing the gender pay gap. A proposal made by the German Institute for Economic Research suggests to scrap the existing tax benefits for married couples, in German “Ehegattensplitting”, and replace it with individual taxation and transferable tax-free amounts. High earnings couples with large income differences would especially be subject to the cut in tax benefits.

Second, a parental leave extension from two to six non-transferable partner months can contribute to further normative change at the workplace as the majority only takes two months at the moment. Fathers may increase their share of housework and childcare in the long-term and thereby improve gender equality at home. The introduction of parental leave in 2007 effectively changed the involvement of fathers and led to annually rising numbers of fathers going on parental leave.

Third, the introduction of a complementary policy to parental leave called family working time may incentivise fathers to work less and mothers to work more. This policy can weaken the effect of the gender pay gap. Parents that both works around 80% part-time are to receive a benefit replacement payment to compensate for the forfeit salary when reducing their working time from 100% to around 80%. Both parents are required to work around 80% to be eligible for the payment. The proposed amount of the payment is capped at around 200 to 300 Euros. Therefore, this policy could especially benefit low and middle-income families.

These three social policies have the potential to empower the equitable sharing of household responsibilities and paid work, while they may not solve the situation entirely. Male participation in the home is critical to tackling gender inequality – an insight that needs to be incorporated in our current policy discussions.

Moritz Hahn is a 2019 Executive Master of Public Administration graduate with a specialisation in social policy at the Hertie School. He also studied Industrial Engineering in Hamburg as well as Business in Sydney and Copenhagen. Moritz is currently an Engagement Manager in a global professional services firm. He aspires to contribute to social policy discourse with focus on gender equality and migration.