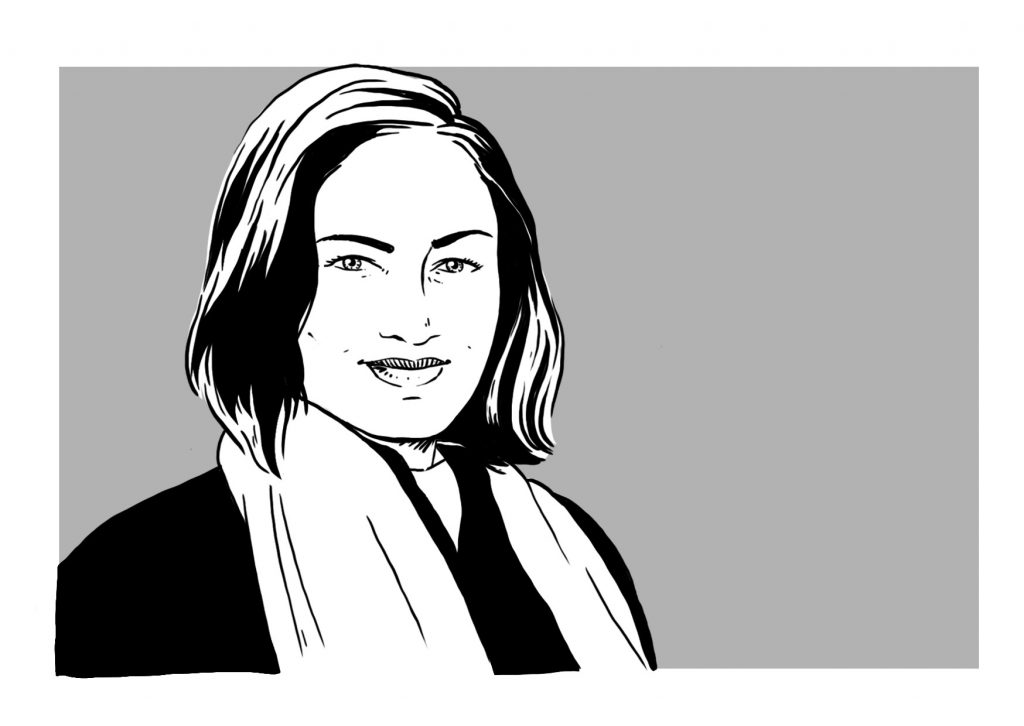 From 2015 to 2018, Ms. Marvi Memon served as the chairperson of the Benazir Income Support Programme (BISP), Pakistan’s largest social safety net established in 2008 under the Pakistan People’s Party (PPP) government. As a member of the National Assembly of Pakistan from 2008-11 and 2013-18 on a reserved seat for women in Punjab for the Pakistan Muslim League-Quaid (PMLQ) and Pakistan Muslim League-Nawaz (PMLN) parties, respectively, Ms. Memon has actively worked for financial independence of socio-economically vulnerable populations, specifically women. As the advisor to President Pervez Musharraf on Media from 2003-2005, Ms. Memon established the Presidency’s first online media management cell to monitor and manage print/electronic media, in collaboration with the Inter-services Public Relations Department. Her leadership, under the role of Federal Minister and Chairperson of BISP, led to the creation of the National Socio-Economic Registry (NSER), which has established the eligibility for BISP grants, currently for 27 million households through a Proxy Means Test (PMT).

Marvi Memon has been honoured internationally. In March 2017, she was awarded the Speaker’s Democracy Award by the House of Commons of the United Kingdom and in July 2017, the French National Order of Merit bestowed by the French President and appointed a member of the World Bank Advisory Council on Gender and Development (2017). She completed her BSC (Econ) in International Relations at the London School of Economics in 1993. Currently a visiting lecturer at the Sciences Po Asia Campus in Le Havre, Marvi recently delivered a lecture at the Hertie School of Governance for the International Organisations course taught by Professor Harry Bauer, on “Women Empowerment through Social Safety Nets”.

The Governance Post: Ms. Memon, what was your inspiration to work on issues concerning women in Pakistan?

Memon: My name “Marvi” means “daughter of the soil,” from the stories of Shah Abdul Latif Bhittai, the Sufi saint of Pakistan, that narrate his perspective of the journey of Islam through seven stories of women who are heroic to him. Marvi is one of them. Around when I joined politics, the realisation came that this name has a heavy burden on me to live up to the story that he wrote for Marvi; Marvi was the daughter of a very poor fisherman. A prince found her and kidnapped her to marry her. Marvi refused to marry the prince, which was very uncharacteristic of women in those days to do. Her love was for her people and that she belonged to the people. The story is that she sacrifices the wealth, power, and influence in order to be there for her people. He (Bithai) is my political mentor and guide. I have always looked towards him for political inspiration. I felt that about 10 years ago it became more incumbent for me to practice what he had written centuries ago.

I got the opportunity to join politics through President Musharraf. I was his media advisor. He offered a reserved parliamentary seat to me as I am not a traditional politician, hence it would have been very hard for me to join through the traditional political routes. I joined Parliament in 2008. Ever since, I have been trying to be true to the story of Bithai: to take care of the poorest of the poor and the most vulnerable. During my political years, I have been extremely careful to remain cause-oriented: “Alaam Sab Abadh Kare” is a Sindhi phrase that means a transnational promise of taking care of the vulnerable everywhere. I insisted on dividing my time equally in all four provinces of Pakistan. Those who I wish to serve are not just in my country, but all who are vulnerable.

The Governance Post: Ms. Memon, How has BISP developed since its establishment? How effective are social safety nets and social protection as a policy measure for poverty alleviation?

Memon: BISP started with the concept of giving stipends to the poorest of the poor – women in Pakistan. In 2008, there was a major food crisis and the world was going through an economic downturn. That is when social safety nets came about in Pakistan. The concept of social protection is universal, it’s not just about development versus non-development.  BISP came about because of these food insecurity issues. BISP grew from a $0.4 billion to $1.5 billion fund over the past 10 years. I have been part of the process for the past 3 years. It is currently delivering crucial income support to 5.7 million of the poorest families of Pakistan on the basis of a poverty scorecard, which is a household survey of the population, implemented by the government of Pakistan.

BISP’s second achievement is the successful graduation of female beneficiaries out of poverty by enabling them to engage in viable self-employment ventures. This is done by employing two models – The Direct Cash model and the Inclusive Business Development model.

In the Direct Cash model, the beneficiaries are assessed on their ability and willingness to engage in a form of micro-enterprise, after which investment plans are made for the appropriate micro investment. The beneficiaries then receive specific technical training and business development support and are weaned off the UCT (unconditional cash transfer) over the course of 1-2 years. In the Inclusive Business Development model, the beneficiaries are linked with corporations as their contractors – providing goods and services and all the while receiving training and other input (such as secure market access) in order to grow their outputs/businesses.

The purpose of both interventions is to provide the beneficiaries with a lump sum payment with the premise that business development training can ultimately enable them to make wise economic investments and decisions. In addition to the aforementioned, a major concurrent programme, the Waseela-e-Taleem provides a specific incentive of graduation from poverty, as part of the overall BISP grants package. It is an enhanced cash transfer if a beneficiary’s child is admitted and retained in school along modern standards and also helps the Government ensure its commitments to the SDG goals.

The Government Post:  BISP has survived through three changes in political leadership within Pakistan since its inception. What is the role of international institutions in the development of BISP? What impact does their involvement have on local beneficiaries?

Memon: If you are trained to think in terms of processes, the institution is bigger than you. This is how development language works. The skills to intently listen came from my training at the Citibank in Pakistan. It enabled me to think management terms. I feel that the people I represent are my customers. They are the people I report to. In a political world, you should be reporting to your constituents because you get votes from your constituents. I was in the habit of creating processes and then I created an institution, such as the fully integrated real-time GPS vehicle-tracking company I founded – Tracker. I am no longer the CEO of Tracker, but the processes I created still continue to sustain it.

When faced with the prospect of process improvement, I was pleased to partner with institutions such as the World Bank and UK’s DFID to implement a PMT (Proxy Means Test), which was designed to ensure that the social safety net benefits will only be distributed to households that are poor enough to meet certain income criteria. This is determined by measuring various metrics of the target households via a survey. This evaluation results in the creation of a Poverty Scorecard. The assistance of these international organisations rendered the work of BISP more efficient and effective, allowing more (and the right) beneficiaries to benefit from the programme.

The Government Post: Ms. Memon, in your book “My Parliamentary Diaries” how do you define vulnerability and why?

Memon: The vulnerabilities are not only dollar denominated. Chronic poverty is a topmost vulnerability. Women empowerment has invariably become a large part of my work, but this is not the only vulnerability.  Violence against women is not just about physical violence. A lot of us experience mental violence and we cannot talk about it because of societal pressures. Frankly, it is has increasingly become crucial for women to stand up for their fundamental human rights. Anyone who does not have the courage to stand up for themselves is always marginalised.

In politics, you need to do more than the man does. You need to appear hard. I might have been trained as a child to deliver to the contrary but over time I have become more aggressive in my passion in order to deliver and survive in a man’s world. Here in Germany, I am sure a female politician would associate with my issues immediately. I have a very clear gender charter that I am pursuing.

Criticism is extremely healthy. It is a driver for productivity. Ethics and morality are not values I have comprised on. I have been very vocal on social media and in front of my political leadership.

Ultimately, women’s empowerment as achieved through social safety nets, is not just doable, it is powerful because it is a grassroots movement which can only grow forward. It is important to understand, in the gender context, that women’s productivity–especially at the most vulnerable levels in Pakistan’s context and in the informal agro-rural economy–is dependent on how well we take charge of this movement. Commitments made at international and national levels can only produce results when backed with dedication, commitment, and passionate delivery for the cause. Frankly, a lifelong struggle is worth dedicating oneself for it, whether through facilitating social safety nets or other means.

The Governance Post:  Ms. Memon, have your experiences teaching at Sciences Po informed your current work?

Memon: If I am teaching, I am also getting in return. I am very humbled for this two-way process of learning and teaching that helps me serve my people better. I taught courses on “Fighting Poverty” and “Public Speech in Politics.” Academics ask questions that politicians do not. My students inspire me with their questions. It is an attitude that encourages me to think. I have a lot of expertise in different areas, particularly in the information sector. In politics, it is very easy to criticise others, but the key is to fix your own house first. We talk a lot about human development as an index. You yourself have to take care of your own development.

The Governance Post:  Thank you very much for your time.

Mahima Shah Verma is a candidate of the Masters of International Affairs. She has a B.A. in History from the University of Southern California, specialising in oral history and photojournalism of mass violence and genocide in Europe and Central and South Asia during the 20th century. She is passionate about poetry, music, photography, and working with children. Her ongoing research are in child rights, international and humanitarian law, and education policy.