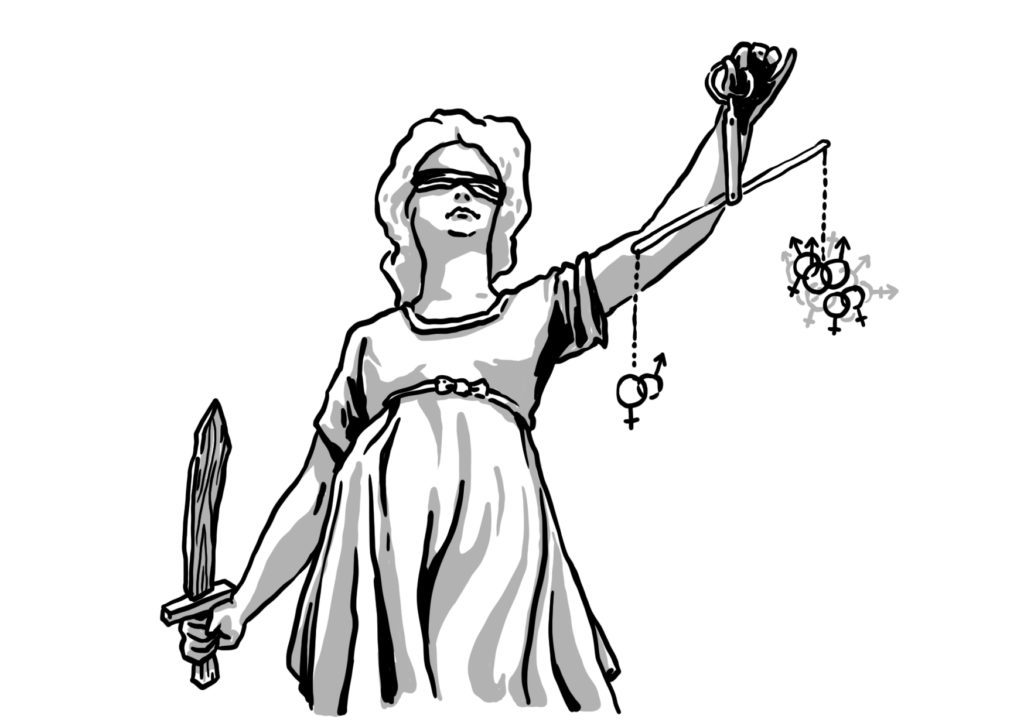 Women tend to disproportionately fall victim to exploitative and dangerous work conditions but regulatory attempts to hold businesses accountable for such abuses neglect to properly account for their different experiences. Pernilla Söderberg explains how the United Nations Guiding Principles on Business and Human Rights
represent a missed opportunity to adequately address issues of gender

It is widely recognized that businesses, in their pursuit of economic prosperity, are responsible for various human rights violations and abuses: and these violations are not gender-neutral. Indeed, they have gender-specific impacts, affecting women and girls differently and often disproportionately. To give an example: as female dominated sectors such as the garment and apparel industries generally are associated with less favourable working conditions, often neglecting health and safety concerns, it is no coincidence that more than 80 percent of the 1,100 causalities and 2,000 injured in the massive 2013 Rana Plaza collapse in Bangladesh were women. Amputated and traumatized, the surviving women are to this day struggling to make ends meet – wishing the collapse would have taken their lives instead of their legs. Even so, when it comes to regulating the intersection of business and human rights, gender is treated as an add-on to business as usual – not at its core – calling into question the capacity to protect the fundamental rights of half the world’s population.

Indeed, while a global standard for preventing and addressing the risk of adverse human rights impacts linked to business activities (the United Nations Guiding Principles on Business and Human Rights, or – in short – the UNGPs) was unanimously endorsed by the UN Human Rights Council in 2011 – two years before the Rana Plaza collapse – it still provides little guidance on how to account for women’s different experiences. In fact, the guiding principles barely mention women at all: out of the 31 principles, gender and/or women are only mentioned in relation to five, an omittance that should cast serious doubt on the UNGPs ability to address issues of gender.

And while numbers are important, they are not the end of the story. Quite the opposite. Merely bringing up or mentioning gender, women, and/or men, is not the same as addressing gender issues: it is equally important to consider how gender is addressed and framed.

Regrettably, the UNGPs perform even worse in this regard.

As so many times before, the UNGPs tend to represent women as one out of many vulnerably groups and not as right-holders whose agency and dignity has been undermined. This framing risks obscuring the structural causes for gender differentiated impacts and tends to promote the notion of women’s inherent vulnerability.

As in so many other instances, the UNGPs seem to reproduce the idea of two essentially different genders, attributing identities and interests to the groups of women (and men) and, simultaneously, excluding diversity within the groups. Such essentialism does not only have consequences for ‘women’ and ‘men’ – as it implicitly suggests that these categories are fixed and not subject to change – it also limits our ability to use gender in a non-binary way, thus silencing and, perhaps, normalising violations experienced by trans people.

The gender lacuna of the UNGPs is both surprising and lamentable. Surprising because the Special Representative to the Secretary-General (SRSG) John Ruggie, the man in charge of this regulatory endeavour, was explicitly requested to integrate a gender perspective into his work. Lamentable because the few and dubious references to gender in the UNGPs truly represent a lost opportunity.

Undeniably, among the regulatory developments within the area of business and human rights, the UNGPs have a particularly important standing. They constitute the only official guidance the Human Rights Council and its predecessor, the Commission on Human Rights, have issued for states and businesses on their respective obligations in relation to business and human rights. The unanimous endorsement of the principles represents the first time that either body endorsed a normative text on a subject governments did not themselves negotiate. The UN High Commissioner for Human Rights has in fact described the UNGPs as “the global authoritative standard, providing a blueprint for the steps all states and businesses should take to uphold human rights”. They have achieved a high level of consensus and have affected the emergence of both national and international public regulation of corporate responsibility concerning respect for human rights. The SRSG himself has claimed that the UNGPs “will mark the end of the beginning, by establishing a common global platform for action.”

Given their importance, the way gender is framed within the UNGPs has consequences that stretch further than the walls of the UN Human Rights Council. In a world built on various and contesting gender regimes, the UN Human Rights Council emerges as a transnational actor promoting and legitimising certain meanings: setting the standards for the appropriate behaviour of states. Consequently, it is likely that the way in which gender is approached within the UNGPs disseminates into national regulation, reproducing the problems inherent in the UNGPs, i.e. an essentialist framing of gender and a representation of women as vulnerable, elsewhere.

The poor incorporation of gender into the UNGPs has led to the development of a number of initiatives providing guidance for states and businesses on how to integrate gender into their implementation processes (e.g. the ongoing efforts made by the UN Working Group on Business and Human Rights to develop such guidance as well as the Danish Institute of Human Rights’ mapping of topics for state attention). And while these initiatives undoubtedly should be viewed in a positive light, the fact that additional initiatives are needed makes gender look like an add-on: something states and businesses should address on-top of the UNGPs and not as part of the implementation of the UNGPs. With gender seen as an add-on rather than a part of, the hopes of a full integration of gender in the intersection of human rights and business are stopped before they even begin.

Yet, gender must be prioritized. It is imperative in order to protect those whose human rights are most threatened. And whilst the UNGPs certainly mark a great step forward in holding businesses accountable for the human rights abuses in which they are involved, they do not, contrary to the SRSG’s prediction, mark the end of the beginning. Not for the victims of the Rana Plaza. And certainly not for the women whose human rights are violated or risk abuse on a daily basis simply by showing up to work. By failing to adequately tackle issues of gender, the UNGPs represent a missed opportunity to once and for all address this cross-cutting and central issue in an area in which the lack thereof can be a matter of life or death.

Pernilla Söderberg is a 2019 Masters of International Affairs candidate at the Hertie School of Governance. She holds a bachelor’s degree in Political Science from Stockholm University where she specialized in issues related to gender (in)equality and global justice. Pernilla is fascinated by the role of language in shaping social realities and loves all things creative.