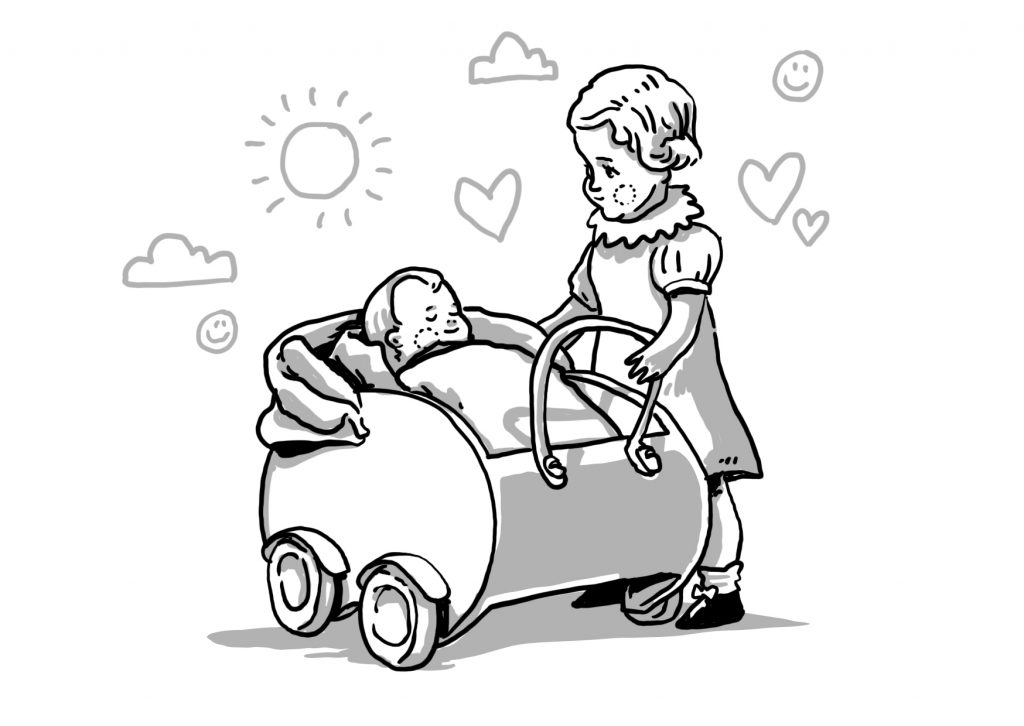 In January 2019, a scientific study made its way  into Austrian media: an international team of researchers found that Austria has one of the highest wage penalties for mothers in comparison to other industrialised countries. Even though Austria has one of the most generous welfare states in the world, the researchers identified two drivers of this problem: low labour market participation and family policy. This prompted experts to ask the question, what in terms of child benefits could be changed to make mothers better off?

To understand how domestic family policies affect Austrian families,  one needs to go one step back to the fundamental assumptions behind these policies. Austria has always put special emphasis on women as caregivers. The country is often considered a primary caregiver/secondary earner regime, which means that it promotes a family model in which only one parent- the father- works. Just as in other countries of this type, such as Germany, Austrian family policies focus on the traditional family, not on the individual. As such, high fertility rates and the protection of marriage are at the core of the policy framework. Other goals, such as redistributing wealth, work-family reconciliation and alternative family models are largely absent, making the primary caregiver regime not only a conservative but also  a “gender blind” policy choice.

In a country that historically combined Catholicism and Social Democracy, financial support for families became a top priority for the emerging Austrian welfare state after WWII. Since then, the monetary support for families steadily grew and some of those benefits still exist today. One of the most notable of these support policies is the child care allowance for parental leave (“Kinderbetreuungsgeld”) of up to 2000 euros a month in the first 12 months after birth as well as a general flat-rate family allowance (“Familienbeihilfe”) of up to 165 euros a month until the child completes standard education. Given the extensive nature of these benefits, it is hardly surprising that women wouldn’t return to their jobs – they didn’t need to work.

In the 21st century, things are different. Female participation in the labour force is needed, the nuclear family is a rarer species, and the caregiver model has begun to show cracks. Many experts, international organisations, and families themselves have come to agree that this model is expensive and largely ineffective in realising key outcomes such as raising the fertility rate and reducing child poverty.

Even policy-makers have initiated changes: in 2002, the Austrian government signed an EU agreement that demanded institutional childcare to be available for at least 33% of all children up to three years of age – a complete novelty. Additionally, the Austrian government decided in 2008 to change the length of childcare allowances to become more flexibly divided between parents.

Even so, the fundamental logics and effects of these policies has remained the same. By 2017, still only 26% of children under 3 years old were enrolled in public child care. In 2018, still only 17% of young children had a mother working full-time. Looking at children under six years of age, 95.7% of mothers work part-time or not at all. Additionally, a significant share of mothers never re-enter the labour market once their children grow up.

Austrian politicians have often justified their policies with cultural arguments and reference to public opinion. According to the last available data from the European Value Study (2008), 65% of all Austrians stated that, “an infant will suffer if the mother works”. A study from 2014 has shown that, in particular, highly educated mothers reduce their working time after birth, despite their high opportunity costs compared to other workers. Is this a sign that Austrian mothers share this value set, and do not want to adapt a different work-life-model?

To answer this question, one should think of mothers’ individual choices as depending on their social context. In the Austrian case, this context is far from favourable: lacking career perspectives in many male-dominated occupations, dramatic  income differences between the sexes, the low availability of affordable childcare, and high opportunity costs for working mothers due to the family benefits they miss out on. All of these aspects can work against capable mothers who want to return to full-time employment.

The consequences of these policies aren’t obvious but are harsh nonetheless. Low working hours by mothers is linked to negative outcomes in  hourly wages, lower job quality and less professional advancement, lower pension entitlements and decreased financial independence from the partner.

De-prioritising mothers in the labour market also contributes to the vulnerability of – mostly female – single parent households, whose risk of poverty is especially high when the only adult household member does not work (49%). These numbers show that incentives to drop out from work, no matter how generous they might be in monetary terms, ask too high of a price price from mothers.

From a policy perspective, there is urgent need for change. Families, society and the economy could profit from abandoning the current “policy patchwork”  of financial transfers and small bits of modernisation. Short-term benefits that replace lost income from work have been empirically proven to provide better results for mother’s re-entry in the labour market compared to flat rate cash transfers for longer job breaks. Short-term parental leave benefits should therefore be prioritised, and fathers should actively be incentivised to “take their break” and also engage in parental leave. Income-dependent benefits could be introduced together with a fixed minimum rate to avoid punishing parents with very low incomes.

The list of policy measures could be even longer. While cultural, economic and historical forces might make these changes difficult to implement, reform efforts would easily pay off for both women and society. A gendered perspective on Austrian family policy is urgently needed to not leave women’s interests behind. If policy makers act boldly, the curse of long leave can be lifted.

Alisa Trojansky is a dual degree student in Public Policy at SciencesPo Paris and the Hertie School of Governance. She developed academic interest especially in points of intersection between social policy and the labour market from a EU perspective. Her other passions: Polish cinema, French food and summer in Berlin.