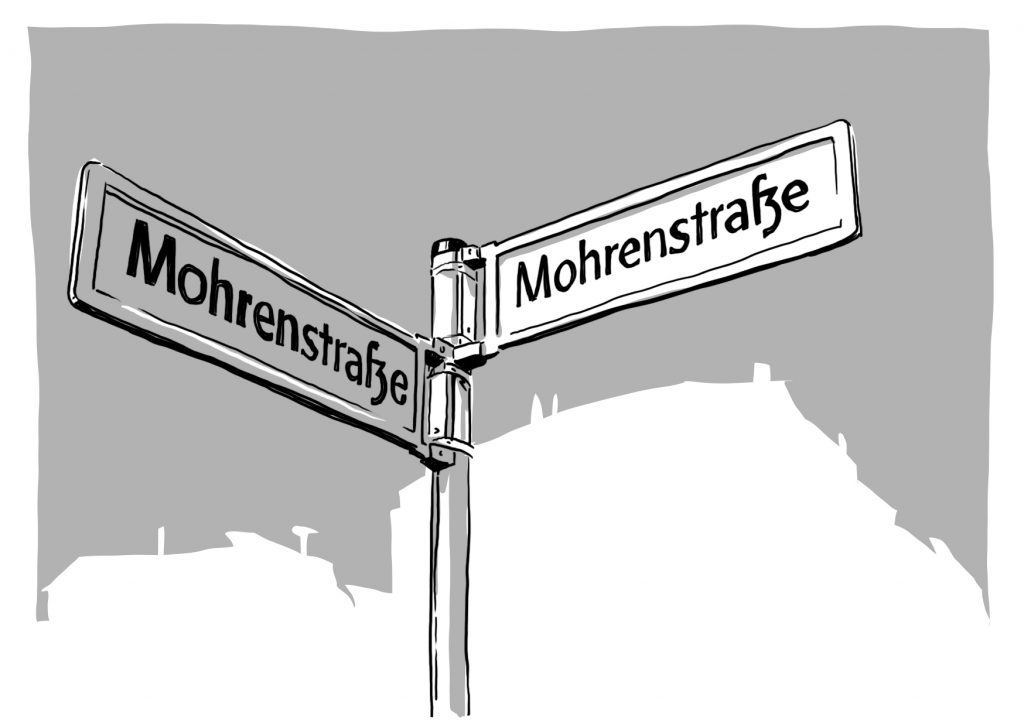 Shaping the neighbourhood: MIA Student Lilian Seffer explains how re-naming Mohrenstrasse (the M-Street) breaks down to a very local policy question and how Hertie should deal with the reproduction of colonial epistemologies.

A racist trigger, a reminder of Germany’s amnesia about its imperial and colonial legacy, and a sign of the blatant unawareness of what is written in the city’s heart; this is how I perceive Mohrenstraße (M-Street), which is within a stone’s throw of my alma mater, the Hertie School of Governance.

For decades, activists of the black community in Berlin and other dedicated civil society organisations have raised awareness about the many streets that either honour key figures of the German colonial/imperial empire or use derogatory language against black people. In this context, the Gröbenufer in Kreuzberg has been renamed to May Ayim Ufer. Instead of praising Otto Friedrich von den Gröben, an important actor of the Brandenburg-Prussian imperialism in what is today Ghana, the bank has been dedicated to May Ayim, an Afro-German influential activist and inspiring poet.

Critics argue that the decolonisation of Berlin’s streets are manifestations that erase history. However, it is often the contrary. For instance, the public discourse triggered about the Gröbenufer led the district authority to not only rename the street, but also place an information stele on the colonial history behind the previous street-name and further context on May Ayim. Thus, the act of renaming went hand in hand with the transformation a public space into a place of learning. A similar dynamic occurred in the African Quarter in Wedding. Here, three streets (Lüderitzstraße, Petersallee and Nachtigalplatz) were re-named, and as a response to the protests of the black community and its allies, an information stele was put in place in the U6 metro station Rehberge. This stele regularly attracts an interested public and tourists, who often trace the colonial history of Berlin’s Wedding in their walking tours.

Apart from these recent achievements, it has been one of Berlin’s traditions to rename the streets that do not match the current state of affairs anymore. After 1945 there was a de-Nazification of streets. Similarly, East Berlin witnessed a wave of renaming after 1990. In fact, the M-street is a result of this dynamic. It received its name after the communist figure Ernst Thälmann was removed from the city’s memory—Re-renaming the M- street would therefore not be such a novelty.

According to the current version of the German dictionary, Mohr is an outdated term to describe a dark-skinned person or someone from Northwest Africa. If one would dive into the etymological evolution of the term in the Greek language, “moros” or in Latin “maurus” one would find similar meanings. However, the decisive point is that its connotation has always been negative. The term reduces people to the colour of their skin. In addition, it was simultaneously used to describe the position of kidnapped black servants on the European courts of the 18th century e.g. as Hofmohr or Kammermohr. Naming a street after this term not only reproduces racist language, it moreover does so, without critically questioning Germany’s (Brandenburg – Prussian) investment in the enslavement of black people.

Why is this relevant to the Hertie community?

The Hertie community is very international, as are the subjects we study and the policy questions we challenge ourselves with. The issue of the M-street breaks down to a very local policy question that shapes the school’s neighbourhood. Students may soon walk through the Anton Wilhelm Amo Street or the Nelson Mandela Street on their way to Hertie, and the school’s active involvement in this transformation would not only mean stepping up to historical amnesia but would engage it in important local policy-making.

The question on how to deal with the remainders of a controversial past transgresses the local: Rhodes Must Fall at the Oxford University in the UK, Mahatma Gandhi’s statue on the campus of the Legon University in Ghana, the Confederate statues in the United States, the erection of statues for the Dalits in India are local manifestations of debates over representation, memory, identity and (in)justice in spatial politics. The debate over the M–street can, therefore, engage with broader necessary quests: How can we decolonise public spaces? How do societies negotiate their past, present and future? What role should or shouldn’t state institutions play in the politics of memory?

I believe that the debate over the M-street could be a source of inspiration for the Hertie community and could trigger a much-needed conversation on the decolonisation of our curriculum. How does this policy school deal with the reproduction of colonial epistemologies? To which degree is the curriculum at the Hertie School bound within colonial legacies? What does it mean for public policy students to adopt a post-colonial lens? 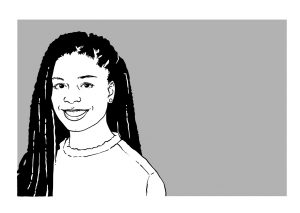 Lilian Seffer is a class of 2018 Master of International Affairs candidate at the Hertie School of Governance, specialising in security and sustainability. She holds a Bachelor of Arts in Political Science from the Freie Universität (FU) Berlin, with a semester abroad at the American University in Cairo. Lilian completed a professional year with the Deutsche Gesellschaft für Internationale Zusammenarbeit (GIZ) in the support project to the ECOWAS Commission in the Peace and Security Component. Her research interests lie in security sector reform, critical security studies and conflict transformation.