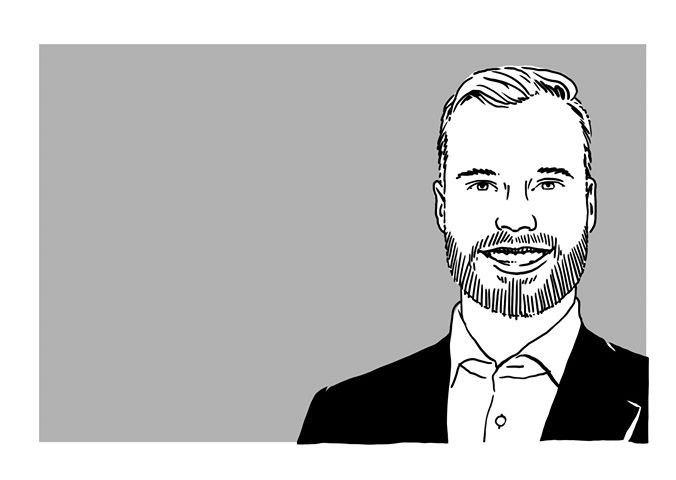 Gone are the days of the post-Cold War ‘American Hyperpower’ which dominated global economic and strategic security in a world of relatively stable nuclear security. While the Cold War world presented an uneasy nuclear balance resting on the actions of two superpowers, today’s nuclear environment is equally unnerving.

The 2015 Joint Comprehensive Plan of Action, more popularly known as the Iran-Nuclear-Deal or JCPOA—a diplomatic masterpiece—serves as evidence that nuclear disarmament is possible, perhaps even with rather arbitrary state actors like North Korea. However, the escalation in threats and posturing between the United States and North Korea in recent months has pulled the nuclear defense capabilities and strategy of the United States back into the spotlight. Given that both President Trump and Kim Jong Un do not adhere to diplomatic conventions further destabilizing the crisis on the Korean Peninsula, the US defense community should carefully vet its strategic and tactical missile defense system to ensure it can appropriately defend against a North Korean missile threat.

If President Trump carries through with his plan to decertify the Iran-Nuclear Deal and asks Congress to impose new sanctions, while continuing to add fuel to the proverbial fire of North Korean politics, how sure can we be that the United States is capable of intercepting North Korean Intercontinental Ballistic Missiles (ICBMs)? Since successful test-launches of the Hwasong-12 and Hwasong-14 North Korean ballistic missiles, it is only a matter of time until the North Korea acquires the ability to marry nuclear warheads (currently believed to be in the number of 13-30) to their missiles and pose a serious threat not only to American allies in East-Asia but also the United States itself.[i] Without doubt, the United States would win in a military confrontation, be it conventional or nuclear—but at what cost?

From “Star Wars” to Disenchanting Reality

The last time policymakers thought extensively about strategic missile defense was during the Reagan Administration in 1983. The “Star Wars” dubbed Strategic Defense Initiative (SDI), comprised a plan to engineer a chain of air, space, land and sea defense mechanisms against the intercontinental reach of Soviet missiles.[ii] Leaving aside the absurd technical dimensions of the initiative, the astronomical annual cost of $5-6 billion was so high that the program was constantly cut back until it was finally terminated in 1993 during the Department of Defense’s “bottom up review” of the Clinton Administration[iii].

The concept of ballistic missile defense never vanished from force planners’ desks, but it did resurface under the auspices of the Missile Defense Agency (MDA) which was established in 2002. The Agency’s flagship program is the “Ground-Based Midcourse Defense” (GMD), effectively the remnant of the land component of SDI. GMD uses Ground-Based Interceptors (GBI) to intercept incoming ballistic missiles while they are in space during the midcourse flight phase[iv]. Intercepting ballistic missiles in space not only sounds similar to SDI, but also has the same price tag as its infamous predecessor. The US Government Accountability Office estimated the program’s overall cost—from inception until the end of the 2017 fiscal year—at well over $40 billion. A major component of this considerable program cost is the hefty price tag of a GBI, which cost up to $90 million per unit—just shy of the cost of a fourth generation fighter jet like the Eurofighter Typhoon. This is one of the reasons why the MDA currently operates only between 40-50 GBIs.[v]

Perhaps more disconcerting than the cost of the US missile defense system is its questionable effectiveness. Between 2010 and 2013, no intercept flight tests were successful and, as of today, only 55% of such tests succeeded.[vi] Further, these tests have only been carried under pristine weather conditions making it impossible to assess their performance under altered conditions. Coupled with the fact that, on average, three GBIs are needed to intercept one ICBM, GMD could only intercept 16-20 North Korean ICBMs. That leaves the United States with 10 North Korean warheads (given full operational capability) that could breach its defensive shield and not much more by way of defense strategy than hope the North Koreans lack sufficient rocket propellent and only operate on sunny days.

First, the US Department of Defense should invest in expanding its arsenal of conventional midcourse interceptors. Given budgetary constraints, force planners should simultaneously look into ways of improving their performance. Of course, one can argue that no price is too high to prevent a nuclear armageddon, but given the immense outlay it is strategically salient to demand greater accuracy and reliability before launching single-use technology with the price tag of a fighter jet. Improving the accuracy of radar targeting systems in bad weather conditions and the rate of successful intercepts would not only make the anti-missile defense system more reliable, but it may also increase Congress’ willingness to invest in the technology. Furthermore, the Department of Defense should explore options to more closely link GMD with the seaborne ballistic missile defense system Aegis operated by the US Navy and the US Army Terminal High Altitude Area Defense (THAAD).[vii] In a cross-linked system Aegis could—due to its high mobility—intercept missiles in the post-boost phase, GMD target them during midcourse phase, and THAAD defend strategic assets in a short-range reentry scenario.

Secondly, the United States should look into unconventional approaches to thwarting a North Korean attack. The successful “Stuxnet” virus attack against Iranian uranium enrichment facilities in 2010 has demonstrated that with little effort and certainly comparably lower costs, cyberspace attacks can be an effective part of a counterforce operations portfolio[viii]. These days there is a lot of chatter about the so called “left of launch” technology within the defense community; this non-kinetic technology essentially only works as a preemptive strike by electronic embedment or through the electronic radar signature of the targeting systems linked to the ballistic missiles.[ix] The only caveats to this approach are the political and strategic consequences that the United States would have to face in case of such a preemptive attack. But with high operational capability, increased credibility of the technology and therefore deterrence, a “left of launch” operation—be it by electronic or cyber warfare—is a valuable asset to US national missile defense.

When President Trump embarks on his trip to East Asia next month, one can only hope that he gets a better feeling for the political situation and the operational reality in this hotspot region. Looking at the reliability of US ballistic missile defense, his advisors should stop him from ranting on Twitter about how impenetrable US ballistic missile defense is—America must face the painful truth: it is not. With an agitated businessman in the White House, a Department of State stripped of its diplomatic finesse, and an arbitrary leader of a bizarre state-induced cult on the other side, the situation looks bleak at best. If the Iran Nuclear Deal is not recertified and sanctions are reimposed without the consent of the P5+1, the credibility of American foreign policy will be severely eroded. Why should North Korea sit at the negotiating table with a country that does not honor international agreements? Until the parties involved recognize that engaging in negotiations is the only solution to resolve a nuclear standoff, the US defense community should do everything to prevent the North Korean missile program from outpacing US ballistic missile defense.

This article was published with the permission of the license holder, the Georgetown Security Studies Review. 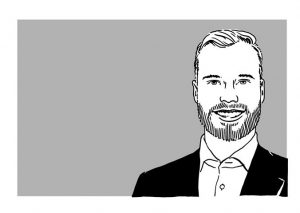 Benedikt Meng is a Master of Public Policy candidate on at the McCourt School of Public Policy at Georgetown University, focusing his studies on foreign and security policy. He is a reserve officer in the Bundeswehr and is currently at Georgetown as an exchange student from the Hertie School of Governance in Berlin, Germany. The views expressed in this article are solely those of the author and do not represent the views or opinions of the Bundeswehr, the Hertie School of Governance, the McCourt School of Public Policy, or any of the authors other current and/or former employers.

[vi] Reif, Kingston. “The Defense That Does not Defend: More problems for national missile defense.” The Center for Arms Control and Non-Proliferation, February 11, 2014. https://armscontrolcenter.org/the-defense-that-does-not-defend-more-problems-for-national-missile-defense/.