When asked to comment on the resemblance of his approach to that of Trump, Andrej Babiš replied: “I was never bankrupt.” In the aftermath of the Czech parliamentary election, MPP Student Lucia Čizmaziová weighs upon the importance of evidence-based policies as a means to counterbalance the visions of doom and decline pedaled by politicians such as Babiš and Trump.

The outcome of the Czech parliamentary election (held on Saturday) follows the trend of populist, anti-immigration and euro-skeptic politics in Central Europe. Yet, given the good climate of the Czech economy, the results come somewhat as a surprise, revealing many unexpected worrying turns in Czech politics, including the victory for a businessmen turned politician that many compared to Donald Trump, Andrej Babiš.

There are several firsts that make this election historic. To begin, never in Czech history has the leading party won in all thirteen regions of the country and never with such large margins. Never have so many parties (9) got into parliament, and never have so many of them been openly anti-establishment, rejecting the traditional left-right political divide.

Despite declining support, the left-wing communist party (KSČM) admitted for the first time that it could imagine entering a government coalition. Also new is the emergence of an extremist right-wing party (SPD) and a political debate dominated by immigration fear mongering, rather than any substantive policy issues. This worrying list is closed by the victory of Andrej Babiš, who is soon likely to become the first prime minister under an investigation for fraud.

How can we make sense of these results and why has Babiš been able to gain such a broad level of support?

Babiš and his winning party, Action of Dissatisfied Citizens or ANO, which in Czech means ‘yes,’ received 30% of the votes of the 61% citizens that voted. But many voters seem to have given a mandate directly to Babiš, rather than the party itself. The Slovak-born billionaire, with business interests from mass media to agroindustry, promised his voters to run the Czech state like a business.

As the second wealthiest person in the Czech Republic, Babiš offered his wealth as a way to disassociate himself from corrupt practices and appealed to voters who felt disillusioned by a current political system racked by scandals. Ironically, Babiš himself was fired from his finance minister post due to fraud allegations earlier this year. He has also recently been charged with fraud involving a 2 million euro European subsidy, dismissing the allegations as an attempt by a corrupt political system to discredit him. Also noteworthy, are the accusations of his collaboration with the StB – the Czechoslovakian communist secret police, which are the subject of an ongoing court hearing.

Babiš’s relationship with the European Union has also been fraught. He opposes further European integration, rejects the adoption of the European currency, and continues to oppose the quota system for redistributing refugees. According to Babiš, who refuses to accept a single refugee to the Czech Republic, “the stupidity of Madame Merkel” is to be blamed for the refugee crisis in Europe.

Babiš also has also been called out for his anti-democratic tendencies. Besides his troubling comments regarding the unimportance of the Czech Senate (the upper chamber of the Czech Parliament), there are concerns that he could try to influence the police and judiciary in order to escape the fraud charges he faces as well. Jiri Pehe, a former adviser to Vaclav Havel, the first Czech president, and former anti-communist dissident, sees Babiš as non-democratic and dangerous: “The danger here is that the Czech Republic could slide to the European periphery, along with Hungary and Poland.”

Nevertheless, for a single person to change the system of checks and balances is not an easy task. Although most of the parties refused to be part of a government led by a prosecuted prime minister, Babiš has already established common ground with President Miloš Zeman and the far-right party (SPD) leader Tomio Okamura. Each calls for closing the borders to immigrants, especially if Muslim, have a shared skepticism towards the European Union and maintain friendly ties with Russia. Collectively, they could threaten the institutional foundations of Czech democracy.

Czech discontent stems from a constant barrage of negative political messaging that has left the electorate fearful and disillusioned. Politicians have constantly fueled the fear of terrorism in the Czech Republic, despite it being one of the safest countries in the EU. Earlier this year, the Czech constitution was amended so that firearms can be held legally when national security is threatened.

Czechs have also been told over and over again by their political leadership to be skeptical towards the European Union, and they might be able to voice out their discontent quite soon. As ANO and SPD confirmed today, the parties are willing to cooperate on a number of issues, including a referendum on EU membership. One of the most vocal critics has been the former president Vaclav Klaus who has blamed the European Union for myriad problems and has been calling for the Czech Republic to leave the European Union. It is little wonder then not even 30% of Czechs have trust in the EU, making them one of the most Eurosceptical nations in the Union.

Despite low unemployment rates and a good economic climate, not all Czechs feel that they have benefited from the prosperity of the country. With no prospect of wage increases, while one corruption scandal revelation follows another, Czechs are frustrated. With no experience living side by side with immigrants from African or Arab countries, while simultaneously being told by their politicians that most of them are terrorists, Czechs are scared. They have chosen to follow those who offer easy solutions and scapegoats, joining other European countries in a populist wave that is undermining European solidarity and threatening democracy across the continent.

However, populism is not the central issue here. Rather, a lack of a positive political narrative to counter it is. Populism is only the loud vocalization of people’s fears and frustrations, amplified by our inherent tendency to be more affected by negative narratives than positive information. Fighting populism, therefore, requires policy solutions that not only address the material well-being of people. It requires the creation of positive visions of identity in a globalized society that can act as a counterbalance to the visions of doom and decline pedaled by Babiš and Trump. Unfortunately for the moment, it appears the hysterics and negativity of fear have the upper hand in the Czech Republic. 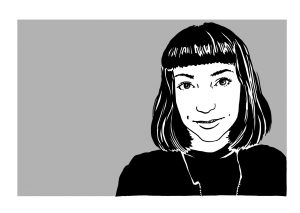 Lucia Čizmaziová is an MPP Candidate at the Hertie School of Governance. She obtained her Bachelor Degree in Sociology and Environmental Studies from the Masaryk University in Brno. She has previously worked for Save the Children UK and is passionate about all things related to social justice and yoga.