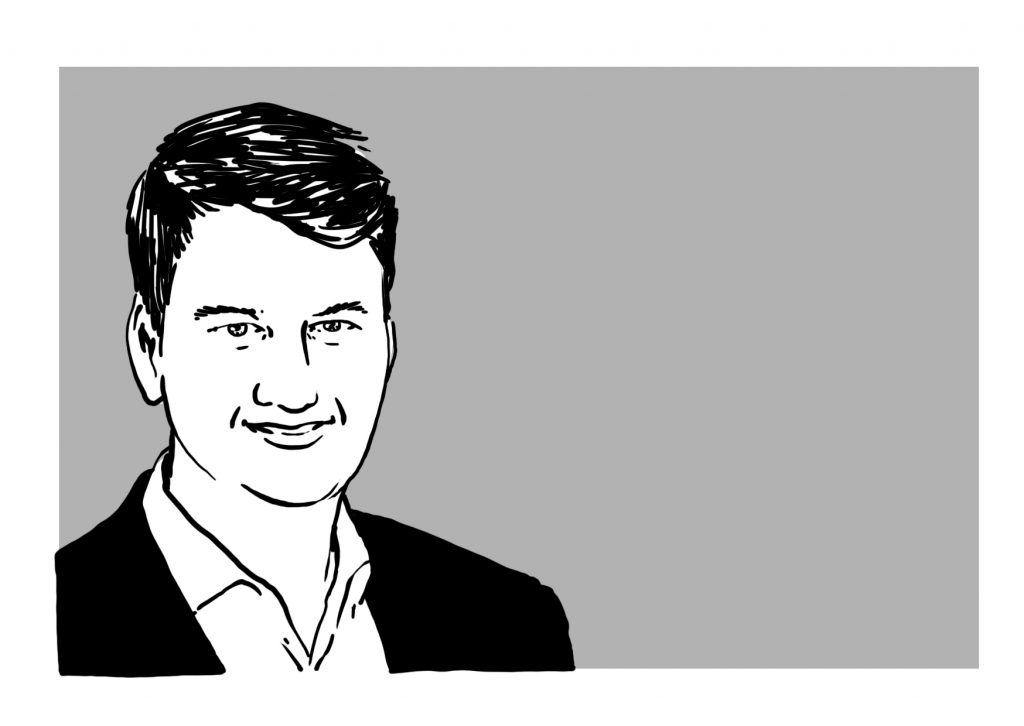 Though initially popularised by field experiments on improving health and well-being, nudging has undeniably become a prominent tool across a wide array of policy areas, including development. Hertie visiting professor Robert Lepenies discusses the practical and ethical implications of using nudges to address poverty alleviation, inequality, and welfare.

TGP: In recent years, behavioural approaches to economic development have become prominent. Using insights from the field of psychology, an increasing number of economists have attempted to develop approaches that can deliver a better understanding of why poverty and inequality persist in so many societies. What does that imply with regards to the role of economists?

Esther Duflo recently gave the prestigious Richard T. Ely Lecture of the American Economic Association which she entitled “The Economist as Plumber”. In it, she advocates that economists become more like plumbers: plumbers address questions in pragmatic ways, and tinker with details until a problem is solved, often making progress through small fixes here and there that are guided by experimental evidence (as opposed to mere intuition or general principles). Such an approach is practised by her very influential organisation J-PAL that has run close to a thousand randomised evaluations around the world. In this view, the envisaged role for the economist couldn’t be much closer to policy-making. For me, it’s interesting to put this view into a historical and intellectual perspective, and to see how with changes in economics, the role that economists should play in society changes with it.

Much of what is considered mainstream economics today originated with economists like W.S. Jevons and Léon Walras explicitly trying to transfer equations from 19th century energetics (physics) to the analysis of economic phenomena: Economists should be like physicists, uncovering general immutable laws (see Phil Mirowski’s work on this). Keynes later wrote about his wish for economists to be as humble and competent as dentists; Nobel prize economist Al Roth speaks about the need for economists to be like engineers, engaged in careful market design for social purposes. Hayek (in the Road to Serfdom), and German ordoliberals like Franz Böhm have spoken of the need for economists to be more like gardeners, preoccupied only with setting framework conditions correctly – and then letting nature do its work. I think these self-reflections about the profession are often very telling of deeper normative approaches to looking at the economy. The biggest practical change, of course, is that economists spend more time with study participants than with mathematical proofs, and are to be found more frequently in the field than at their desk.

TGP: More specifically with regards to nudging, which many psychologists and social scientists suggest facilitates better individual decision-making, how can it inform macroeconomic policy in developing regions often characterised by high levels of poverty and extreme poverty? In their seminal book “Nudging”, economists Thaler and Sunstein leave that question open by only focusing on micro-level quick fixes for supporting larger poverty alleviation programmes.

Behavioural policy is now embraced by a great range of organisations, see for instance the important 2015 World Development Report Mind, Society, Behavior by the World Bank or by many other organisations such as Ideas42. And it is certainly true that the popularity of nudging and behavioural insights applied to policy has shifted the attention to policy solutions that look at the behaviour of individual citizens, first and foremost. But then, macroeconomists need good microfoundations – and proponents of behavioural policy claim they can offer this by getting a more realistic model of human behaviour into macro models through better assumptions (behavioural finance is the most developed field here). But I would agree that in policy, such a focus can be a limitation: A rigorous, but narrow, approach to policy might crowd out more ambitious, structural responses to policy problems, cut societal debates short, and run the danger of neglecting important sociological dimensions in policy analysis and evaluation: power relations, political struggles, cultural norms… These turn out to be much too messy, even for plumbers! But this is mostly a theoretical point: J-PAL claims to have reached more than 300 million people through their programs when scaling up from experimental results; And increasingly, behavioural policy is applied to all kinds of “macro” areas: see for instance the UK’s Behavioural Insights Team work on labour market participation, competition policy, taxes, growth and education.

TGP: Nudging is often portrayed as a least-cost, non-coercive approach for reaching optimised decisions among the target population. Does that necessarily imply that nudging is more of a neo-liberal/libertarian tool? In practice, how could progressive governments integrate nudging into their general poverty alleviation policy approach?

That’s a fascinating question. Part of my next research project is on the first part of what you ask. Why is nudging so successful? What explains the rapid institutionalisation of behavioural policy – and how do proponents argue in favour of it? Some of the (very sparse) literature on the phenomenon of behavioural public policy argues that nudging is fundamentally neo-liberal in the Foucauldian sense, that is, as McMahon writes, “attempting to correct [citizens’] deviations from rational, self-interested, utility-maximising cognition and behaviour”. I don’t think that this is a good description of what’s going on in nudge units around the world, whether in development or beyond: if you look at the great range of policy fields and problems that behavioural policy is engaged in, I simply don’t see this particular ideological bias, or much tendency towards market fundamentalism. I do think there are other interesting intellectual currents that haven’t been described yet. Why is there a nudge unit in Qatar? Why is nudging not taking off in Germany? Why do nudge units choose some topics over others, why are their intellectual influences so similar, and how can we describe the political economy of behavioural policy within (different) public administrations?

You ask about left-wing/progressive governments: there’s an interesting recent study that shows that in the US, partisan bias leads people to like or dislike “nudges” depending on who nudges (Democrats like hypothetical nudges by Obama, but think that hypothetical nudges by Bush are manipulative – Republicans  have the exact opposite reaction). Internationally there is some interesting variation in the acceptance of nudges across countries. I think something that all parties could agree on is that behavioural analysis is worth funding and pursuing: we’ve learned an awful lot, for example, about how psychological factors affect poverty; likewise, there are many methodological advances (e.g. cortisol tests that measure stress levels) that this recent behavioural turn has brought about. It’s a non-sequitur to think, however, that behavioural analysis necessarily requires behavioural interventions. This, I think, unduly limits the scope of policy-makers.

TGP: There are also obvious concerns regarding the ethics of nudging. Although it does not in theory restrict the number of options available to the target group, some would point to the fact that it does, in a certain way, ‘manipulate’ the order of preferences. Wouldn’t this become even more of an issue when applied to development economics, as the practice of nudging could perhaps convey an agenda based on Western-liberal principles, thus further reinforcing the post-colonial power dynamics?

There’s now a huge literature on the ethics of nudging. One aspect that’s missing is the critical engagement with existing behavioural policy and – in particular – their institutional dynamics. That’s where the action is! Personally, I’m less concerned about charges of manipulation – but more interested in thinking about the institutional consequences of a widespread reliance on behavioural instruments for democratic societies (should it ever come to this). Here’s a recent piece  that I wrote with Helsinki philosopher of science Magdalena Malecka on this. If you criticise behavioural policy, you must of course also ask: what are the alternatives? And what is the opportunity cost of not testing policy and regulation rigorously, what is the harm that could have been avoided by using the best available standard of evidence, etc. So we should judge behavioural and experimental policy not just against ideal versions of policy, but against (often ineffective, costly, coercive) policy we have today. On the other hand, experimental research is already heavily skewed. Angus Deaton recently remarked that nearly all social experiments he was aware of are done by rich people on poor people. Another problem is that all too often, we infer from studying WEIRD people (Western, Educated, Industrialised, Rich, and Democratic), especially in cognitive and social psychological, the type of policy that should apply in non-WEIRD societies. And there are lots of interesting philosophical questions arising from using experiments in development. For me, the most interesting question is: how can experimental research that is by definition non-participatory (using citizens as objects of study) lead to policy that can be reasonably accepted in democratic societies (and inform the rules and principles that we citizens formulate amongst ourselves and for each other)? So I guess what is required for policy makers (and public policy students) is to be able to make a reasonable assessment of the benefits and drawbacks of using behavioural insights that includes not just narrow conceptions of evidence – but allows bigger philosophical, methodological and sociological questions to enter the debate.

So there’s a full agenda for research and policy ahead, but given all this, I’m not sure how this will help me with the next leak in my own apartment. For this, I’ll probably call a real plumber (and not an economist, philosopher, or sociologist). 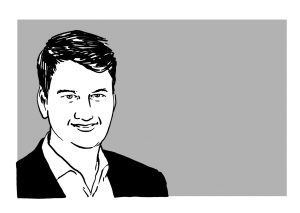 Dr. Robert Lepenies is a visiting professor at the Hertie School of Governance and a visiting fellow of the Centre for Advanced Studies Justitia Amplificata at the FU Berlin. His main areas of specialisation are the philosophy of economics, the ethics of nudging, and normative questions related to poverty. 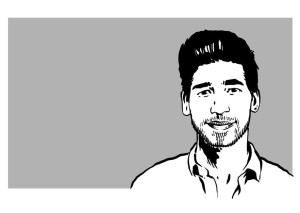 Nathan Appleman is Executive Editor of the Governance Post and soon-to-be graduate. His work mainly revolves around energy transition policies in both developed and developing  countries. He also likes to quote Monty Python movies.