The safety, autonomy, and equality of women around the globe have been compromised with the United State’s recent nefarious foreign policies. The prohibition of American foreign aid to health providers that support abortion as a family-planning option, and the national Muslim travel ban have put the lives of women around the world in danger. This month, United Nations Secretary-General Antonio Guterres warned that women face “new assaults on their safety and dignity” around the globe, and discussed everything from extremists abusing women and global governments dismissing women’s rights and decriminalising domestic violence.

The binary opposite, the ray of hope in light of these damaging international policies, is the Swedish government’s official adoption of a feminist foreign policy. In 2014, Sweden became the first country in the world to adopt a gender-specific foreign policy, which entails applying “a systematic gender perspective,” throughout all aspects of their “foreign policy, including in peace and security efforts.” The irony of this juxtaposition has not been lost on foreign policy academics, professionals and journalists as they try to contextualise the diametrically opposed trends in the United States and Sweden.

While Sweden already had proclaimed itself to be a “feminist government,” and plans to establish a gender equality agency in 2018, they took their feminist agenda a step further by officially releasing the Feminist Foreign Policy action plan in 2015. Sweden’s Minister for Foreign Affairs, Margot Wallström, is largely responsible for the launch of the country’s feminist foreign policy.  The action plan outlines the instruments and methods for implementing gender sensitive international policies, including analysis and data collection, negotiations and monitoring mechanisms, and accountability efforts.

Many international peace and security NGO’s utilise gender frameworks and analysis in their work, but Sweden’s policy is the first such scheme implemented throughout a country’s entire foreign agenda. The action plan seeks to combat a number of broad challenges throughout Sweden’s foreign operations, including combating all forms of violence and discrimination against women, sexual violence in both conflict and post-conflict environments, economically empowering women in humanitarian situations, as well as focusing on reproductive and sexual education for girls around the world.

The policy is based on the four “R’s,” “rights, realities and analysis, representation, and resources,” outlined below.

Realities and Analysis: Ensuring the regular production and integration of gender analyses into planning and reporting.

Representation: Ensuring acceptable representation of women in positions of power and influence.

Resources: Ensuring transparent and just distribution and use of resources between men and women.

Furthermore, the policy applies gender specific addendums to the core humanitarian principles outlined by the UN General Assembly. For example, in addition to the UN’s core principle of “humanity,” the Sweden’s foreign policy “requires humanitarians to have an awareness of gender-based power structures and their implication on women’s, girls’, men’s and boys’ needs, risks, vulnerabilities, resources and access to services.” It also specified that “lesbian, gay, bisexual, transgender, and intersex (LGBTI) people are entitled to the same international human rights as all other persons,” a long overdue and necessary acknowledgement.

The Symbolic Impact and Controversies of Sweden’s Feminist Policies

Sweden’s prioritisation of gender equality serves as a catalyst for other countries to follow suit. This is especially relevant now that Sweden has been elected a non-permanent member of the UN Security Council for the 2017-2018 term. Through taking an active role in the well being of women in every interaction with foreign actors, Sweden is solidifying its place as a forward-looking, progressive global leader on feminist issues. This has momentous symbolic impact on the state of feminist issues everywhere, and the action plan can serve as a blueprint for other countries hoping to adopt a more feminist foreign agenda.

Unfortunately, the current administration in the United States has repeatedly dismissed the global importance of women’s safety, wellbeing, and economic prosperity, increasing the financial and legislative burden for globally feminist countries like Sweden. The current administration of the United States has reiterated its intentions to reduce rights to abortion and sexual education globally, minimise the rights of Transgender individuals, and slash foreign aid to countries like Jordan, Afghanistan, and Ethiopia. International aid organisations are extremely worried, as humanitarian crises continue to grow and funding continues to diminish.

The foreign policies of the United States are moving in the opposite direction of Sweden, and is ignoring its potential to foster gender equality, economic empowerment, and global peace. Instead, defence spending will increase by 54 billion dollars in the upcoming budget. Global feminism will be missing an integral ally for the next four years, and this will have enormous consequences for the women who need feminism the most.

Feminist International Relations theorists have found that long-held “males-tream” International Relations theories and practices promote the partial world view that results in the “disproportionate power of control and influence that men hold, rather than the full social reality of the lives of women, children and men.” As globalisation continues to shift historical gender roles, women around the world have found increased political agency within their nations and communities. They are transcending their traditional role as the “victim” or “security consumers” as proposed by traditional International Relations theory, and are taking on active leadership and networking roles. Evidence also points to the inclusion and consideration of women leading to long term welfare for men as well, since empowering the previously disenfranchised half of the population leads to the greater overall well being of a community.

The inclusion of a gender component within all facets of foreign policy is integral for long term peace and security for men and women around the world. With the adoption of UNSCR 1325 in 2000, the United Nations sent a message to the rest of the world. The resolution reaffirmed “the important role of women in the prevention and resolution of conflicts, peace negotiations, peace-building, peacekeeping, humanitarian response and in post-conflict reconstruction and stresses the importance of their equal participation and full involvement in all efforts for the maintenance and promotion of peace and security.” It is now more important than ever for governments to play a mindful and progressive role in the global equality of all genders. As nations come together to combat the rise of climate change, international humanitarian crises, and geopolitical conflicts, they must do so with a gender comprehensive framework. 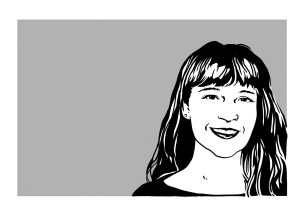 Jill Beytin will be graduating with a Master’s degree in Public Policy from the Hertie School of Governance in June, after submitting her thesis on the role of women within multi-track peacebuilding negotiations in Ukraine. Jill is a researcher and journalist, and she has worked at National Public Radio (NPR), Deutsche Welle, and at radio stations in Dunedin, New Zealand, and Berkeley, California. She is currently a Fellow with the Atlantic Expedition and hopes to continue her transatlantic journalism endeavors after graduating. She enjoys reading, listening to podcasts, and cooking in her spare time.