Mark Dawson explains what the EU can do to address the infringements of fundamental rights in Hungary. While the recent attack of the Hungarian government on the Central European University may seem shocking, close observers of constitutional developments in Hungary have long seen this coming. The Orban-led government, elected in 2010, has gradually eroded all of Hungary’s independent institutions.

While the recent attack of the Hungarian government on the Central European University (CEU) may seem shocking, close observers of constitutional developments in Hungary have long seen this coming. The Orban-led government, elected in 2010, has gradually eroded all of Hungary’s independent institutions. This began in 2011 with a radical revamp of the Hungarian Constitution, with further amendments in 2013 designed to solidify the hold of Prime Minister Orban’s party on Hungarian political and cultural life. The 2013 reforms sought to limit the review power of the Hungarian Constitutional Court, force a number of critical judges into retirement and provide the government with heightened control over other independent institutions, from the Central bank to the data protection and media regulators. As one of the last outposts of independent authority and thinking, it was inevitable that CEU would be next in the firing line. There seems little room in an ‘illiberal democracy’ for an international and critical research institution, priding itself on its international student body, and funded by an avowed critic of Hungary’s authoritarian turn, George Soros.

The government’s actions have spawned a wave of support for the CEU, particularly in academic circles.  What, however, can the EU do to support and embed this wave? By now, the Orban government is well-versed in dealing with EU intervention. While its original 2011 constitutional project was a crude instrument of majoritarian rule, its more recent attacks have honed and perfected the technique of hiding authoritarian practices in the garb of public interest regulation and administrative reform. This law is no different – ostensibly, it seeks merely to provide additional administrative oversight for educational institutions based in Hungary. In reality, many of its provisions – such as the requirement that institutions registered overseas carry a campus there – mean that it applies exclusively to the CEU.

This legalese makes EU intervention on fundamental rights or other grounds more difficult. The imposition of burdensome requirements on academic institutions seems, for example, to run counter to guarantees of academic freedom protected under Article 13 of the EU Charter of Fundamental Rights. The Charter, however, is a peculiar instrument: it does not apply universally to all Member State action but only to action with a clear link to EU law. As with other attacks on domestic institutions, the Hungarian government is likely to use this limitation to its advantage. This act, it will surely argue, is a domestic Hungarian matter: the EU, therefore, has no business intervening. Unlike states such as Bulgaria and Romania, Hungary is well past the post-enlargement monitoring phase that would provide the EU with a clear legal basis to supervise internal developments.

The EU should not be afraid to act

While this is a game that Hungary has learned to play well, the EU can play the legal game too. As I have argued in a recent book , the EU has been relatively successful in placing legal pressure on Hungary in the past. In the case of earlier pressure on the Central Bank, for example, the EU used the guarantee of independence of members of the European system of central banks contained in the EU Treaties to make the link to broader EU law and thereby successfully resist executive encroachment on the Hungarian bank’s autonomy. Similarly, the presence in Hungary of foreign broadcasters incorporated in other EU states was given as a reason for EU pressure to limit Hungarian efforts to cancel broadcasting licenses of stations hostile to the Orban government.

In the CEU case, the EU should not be afraid to point to the rights of the hundreds of students and academics from other EU Member States whose ability to study and seek qualifications abroad is threatened by the Hungarian government’s present action. The CEU should itself learn to play the game – the requirement, for example, that the University maintain a campus abroad would certainly be contrary to EU law were that campus to be established in another EU member state, rather than the state of New York. If the intention of the Hungarian government is to drown the CEU in administrative formalities, now may be the time for the EU to send a few such regulatory burdens in the direction of Budapest.

Even if such a strategy would only ‘buy time’, there is a more direct means for the EU to force Hungary’s hand: the activation of the Article 7 procedure on ‘systemic infringements’ of rule of law and fundamental rights requirements. This procedure is not subject to the same limitations as the EU Charter i.e. no broader link to EU law is required for its activation. The main barrier instead is political, particularly the knowledge that the agreement of other governments is required to successfully invoke the procedure.

Action would strengthen the EU’s credibility

Fear of lack of political agreement has hindered the use of the procedure against Hungary and led to a current round of monitoring against Poland being postponed. Frightened of a Hungarian veto, the Commission has continually given the Polish government more time to meet rule of law standards in spite of mounting evidence that the Polish government has no intention of meeting EU demands (for example on reversing its intimidation of the Polish Constitutional Tribunal).  Activating the Article 7 mechanism against Hungary, in light of the CEU example (or other concerning developments, such as Hungary’s recent practice of detaining refugees, including children), could also strengthen the EU’s credibility in dealing with Poland. As others have argued, a ‘dual activation’ could limit the ability of one state to vote in favor of the other, and deprive opponents of the procedures activation against Poland with the argument that double-standards are being applied vis-à-vis similar activities in Hungary.

Even if the EU refuses to go down the Article 7 route, past experience with the Polish and Hungarian cases illustrates the effects that cumulative pressure on national governments can bring. In the Hungarian case, alliances with domestic institutions, such as national Courts, and with external actors, such as the Venice Commission, brought some success in encouraging Hungary to modify many of its most egregious violations of rule of law standards.  Even if the ‘nuclear option’ of Article 7 is not used, success can be had by gradually grinding away at illiberal reforms through multiple procedures and routes (from suspending EU funding and limiting access to financial markets to shaming governments in the plenary of the European Parliament).

Continued international pressure, allied to domestic resistance in the form of street protests and civil society mobilization, will not turn Hungary into a liberal state overnight but it may yet force the government to water down its planned assault on CEU. In this sense, for all the pessimism about the EU’s record in tackling rights violations within its Member States, there are still reasons for optimism. The Union still has cards to play to ‘stand with the CEU’. It is incumbent on citizens – and researchers – in Germany, Hungary and other Member States to encourage the EU institutions to now play them.

This article was originally published by the Jacques Delors Institute. 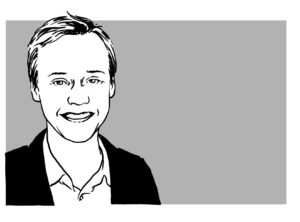 Mark Dawson is Professor of European law and governance at the Hertie School. He holds degrees from the Universities of Edinburgh and Aberdeen as well as a PhD from the European University Institute in Florence. His research focuses on the relationship in the EU between law and policymaking, particularly in the areas of economic governance and fundamental rights protection.