With a man who once bragged about sexually assaulting women now sitting in the White House, it’s easy to despair over the lack of justice for victims of sexual assault across the world. However, this should only serve as further incentive for government officials, social workers, the legal system and the public to come together on the issue. For the first article in our New Perspectives on Gender Series, Hertie graduate Carla Hustedt takes a look at how tackling sexualized violence requires smart, cooperative policy making that distinguishes between perpetrators’ motivations.

Policymaking on sexualized violence is entering a troubled era. The US is headed by a man who diminishes sexual harassment in public and faces countless accusations of inappropriate sexual behaviour. The Russian parliament has recently decided to decriminalize domestic violence, with a vote of 380-3.

But there is a bright side— last summer, the German Bundestag adopted a new version of paragraphs 177 and 179 of the German law on sexual offences, a reform known as “Nein heißt Nein” (“No means no”). Prior to this law, even if the perpetrator knew that the victim had not consented, assaults where the victim did not physically fight back were not considered sex crimes. As a result many of the reported perpetrators were not convicted.The change is a major milestone in the fight against sexualized violence in Germany, accomplished through years of tireless advocacy work by women’s associations, feminists, and other civil society groups. However, there is still much work to be done.

Sexualized violence is a global problem

People tend to perceive violence against women to be more predominant in developing countries. However, there is not a single country in the world where sexualized violence is not a problem.

In Europe alone, one out of seven women has experienced a serious form of sexualized violence. Unfortunately, misconceptions about this form of violence are widespread. They are both symptoms and causes of the problem, creating additional barriers to progress. Reforms like the “Nein heißt Nein” law—which was achieved because German policymakers understood that sexual assault does not always involve physical violence—demonstrate that if we want to design effective laws and policies to fight this violence, we need to have a better understanding of the crime itself.

Putting the focus back on the perpetrator

Debates around the topic of rape and sexualized violence typically focus on the victim and what they could have done differently. Studies of the perpetrator and their backgrounds are often neglected.

However, trying to understand the offender and why they rape is key for identifying the societal root causes that we need to target as policy makers. Getting into the minds of the men that commit these crimes (this particular article focuses on male offenders, because 99% of rapes and sexual assault are perpetrated by men against women) can be uncomfortable. It requires us to fight our own stereotypes and to deal with the dirty details of this disturbing crime.

In his 1979 book, “Men Who Rape: the Psychology of the Offender”, American psychoanalyst Nicholas Groth identified three categories of offences and perpetrators: the anger rapist, the power rapist and the sadistic rapist. These classifications are helpful in fighting misconceptions and understanding particular preventative policies.

Contrary to popular belief, rape is only a form of sexuality in the case of the sadistic rapist. For the two other types, which constitute around 90% of reported cases, sexualized violence rather becomes a weapon and a means to an end. For this reason, I use the term “sexualized violence” instead of sexual violence: the motivation behind the crime is not necessarily of a sexual nature, but rather an instrument for suppression and the demonstration of power.

For policy makers, this should be good news. When the assault is not part of somebody’s sexuality, but instead related to larger social, economic, political, and cultural conditions, it means we can, and therefore must, do something about it.

The stories we hear about the most are typically cases of anger rape. They are characterized by the exercise of physical brutality: the rape is motivated by anger. The perpetrator often does not know the victim, who is often chosen randomly. How the victim behaved or dressed plays no role at all. Anger rapists have a negative perception of sexuality, particularly female sexuality, and rape is seen as the ultimate offence they can commit against a woman.

Power rapes, on the other hand, often occur without physical violence. The victim usually knows the perpetrator, who commits the crime due to self-doubt and feelings of inadequacy. Sexualized violence becomes a means to prove to himself that he is strong, capable and in control. In many cases, the power rapist believes that the victim enjoys the act, despite initial resistance.

Because the victim knows the perpetrator and less physical violence is used, many victims do not defend themselves physically. When reporting the crime, victims of power rape are therefore often accused of having consented or provoked the sexual act. Fear of retaliation and the belief that the police won’t do anything to help are stated as the most common reasons why victims chose not to report a crime.

Sadly, these fears are not unfounded. In the US, for every thousand rapes, 994 perpetrators will walk free. And unfortunately, victim blaming remains extremely pervasive regardless of the type of rape. According to the Eurobarometer 2016, 12 percent of EU citizens think rape is justifiable if a women is drunk or on drugs; 10 percent believe it is justified if the woman is dressed “too sexy.”

Groth’s classifications demonstrate that we urgently need a combination of legal reforms, policies, and prevention projects on the ground that target the underlying causes of this form of violence. The public, public officials, the police, people working in the legal system and social workers need to be educated on the root causes and the dynamics of sexualized violence, in order to increase reporting and secure legal justice for victims.

To this end, governments need to understand the importance of sexual education projects and awareness campaigns that put a focus on sexual rights, remove the negative perception of female sexuality and work toward a deconstruction of male stereotypes — which are not only a cause for sexualized violence, but for many violent crimes in general.

Prevention projects, however, often face a statistical dilemma: reducing the misconceptions and stigma around the topic ideally leads to increased reporting of crimes, and the ensuing increase in official sexualized violence statistics. This makes it incredibly difficult to capture the impact of these types of programs. With restricted government budgets and their focus on data, many important prevention initiatives are left underfunded.

Current studies on the individual and societal root causes of sexualized violent are also desperately needed. For all of us, there is still a long way to go, but as always—understanding the problem is a good way to start. 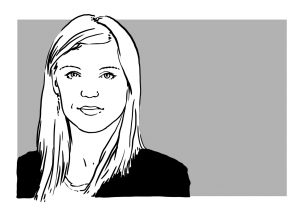 Carla Hustedt is a class of 2017 Dual Degree student at the LSE and the Hertie School of Governance. In 2012 she co-founded the German-Ghanaian sexual education NGO Boa Nnipa. She graduated with a Bachelor of Arts in Political Science from the Freie University in Berlin and wrote her Bachelor thesis on prevention strategies for sexualized violence. During her work at the international public affairs consultancy, APCO Worldwide, and her current studies, she focuses on topics in digitization and e-governance.