by Azucena Morán and Mariano Valentini

With International Women’s Day right around the corner, MIA and MPP students Azucena Moran and Mariano Valentini take up the #NiUnaMenos movement, a collective outcry against gender-based violence in Latin America.

The movement started unraveling on June 3, 2015, when thousands of women, men, and children met at the heart of Buenos Aires and in many other Argentinian cities to shout together: Ni una Menos! (lit. not one woman less). Faced with the need to make the plight of women visible and denounce femicides, a group of activists, artists and journalists began calling through social networks for a collective mobilization, which over the days found an echo among the entire society. The cornerstone of this initiative was as clear as it was revealing; in Argentina, every 30 hours, a woman is killed. The call was massive; thousands of people in different areas of the country raised their voices in unison in defense of women’s civic equality and personal liberation. The mobilization had unprecedented media coverage, which made its impact even greater. Moreover, the organizers of this new movement made something clear: “#NiUnaMenos is not an end in itself, it is the beginning of a new road.”

The plight of civil society was, however, ignored, and as it often goes with gender violence, an unheeded warning became a tragic reality. On October 8, 2016, Lucia Pérez, a 16-year-old girl, died in the city of Mar del Plata after being drugged, raped and impaled by three men. The extreme cruelty of this femicide triggered something within Argentinian society and all over the region, where gender based violence had become almost entirely normalized. In the face of such shocking violence, “#NiUnaMenos” raised its voice once again. The organizing group called for a women’s strike in the main cities of the country and the Americas. This time under the slogan: “Vivas nos queremos!” (lit. we want ourselves alive).

Just like in 2015, the answer to the call exceeded all expectations. It started as an ordinary Wednesday morning, but at 1:00 pm, women took down the streets to protest, not willing to continue dying as victims of patriarchal societies and misogynistic violence. Not even the rain that fell on Buenos Aires the afternoon of October 19, 2016, was able to lighten the deafening outcry of those fighting for gender justice. Women marched; alone or with friends, in silence or singing, with posters or with their personal stories, all dressed in black, to denounce the death of Lucia and the many others like her.

Those who marched understood that overthrowing gender-based violence could not be done without transforming something else at the core of society: without quieting the voice that tells you how to dress, where to go, who to meet, how to love, what to say, where to work, or whether it is okay to define yourself as a feminist or not. Stepping up to oppression would mean to question the consensus, rail against sugar-coated condescension and risk not only being blamed but beaten, raped or killed.

Those who marched also understood that gender violence is not only a women’s issue. Many men were part of the demonstrations, aware that they are not only part of the problem, but also part of the solution.

#NiUnaMenos was not limited to Argentina. The legitimacy and urgency of the claim against gender-based violence crossed borders and oceans, and thousands of women took to the streets in Chile, Mexico, France, Spain, Honduras, Guatemala, Uruguay and many other places. In Berlin, women from Latin America and worldwide demonstrated at the Brandenburg Gate and held a day of reflection and debate on the subject.

This outcry—and the hope of overcoming not only domestic but, institutional, political, economic, and social violence—continues to spread across the world. This year, on March 8th, #NiUnaMenos has made a call to take to the streets once again, to mobilize society and to continue advocating for women’s rights, rejecting the normalization of violence, entitlement, and privilege.

The claim, however, needs to go beyond political rhetoric and establish coherent policies. In Argentina, #NiUnaMenos developed five key points in defence of women’s rights. These include the adoption of public policies for the prevention, assistance, and eradication of violence against women; access to justice for victims of violence; the development of an official register of victims of gender-based violence; the implementation of comprehensive sexual education; and the protection of victims of gender-based violence. One of the reactions from the Argentinian political community to October’s march was the preliminary approval by the Chamber of Senators of the law of gender parity. This bill seeks to establish a minimum and mandatory quota of 50% of women on the electoral lists of all political parties, increasing the current percentage of 30%.

These, however, are just some of the many policies that will be needed to tackle gender-based violence and women’s oppression. The causes of the problem lay in the foundations of society. Not only governments need to act now, but each of us as individuals has a responsibility, in our private and public lives, to work toward the end of gender-based violence. Unless we do, it will continue killing and destroying thousands of lives every year. By questioning and deconstructing many of our practices and beliefs with close attention, we might be able to begin practicing gender equality daily.

“In the face of cruelty, more feminism.”

Azucena Morán is a class of 2018 Master of International Affairs candidate at the Hertie School of Governance and a research assistant at the Berlin Social Science Center. Originally from Guatemala, she is committed to bringing the Global South into the headlines of the international community. She studied Political Philosophy and Literature at the University of Bologna and was part of a Journalism visiting program at Harvard University. She is passionate about multimedia storytelling, participatory advocacy, and art’s political engagement, and has previously worked with The Cambodia Daily, UNHCR, and Human Rights Nights International Film Festival. 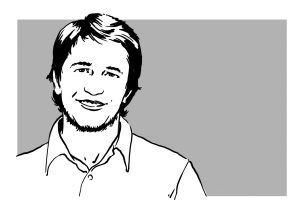 Mariano G. Valentini is a class of 2017 Master of Public Policy candidate at the Hertie School of Governance. Born in Argentina, he studied Law at the University of Buenos Aires and specialized in International Human Rights Law. He is committed to enhancing social justice in Latin America. For the last ten years, he has been working in the civil society sector as well as in the judiciary. Egalitarian, feminist, democrat and passionate about football.