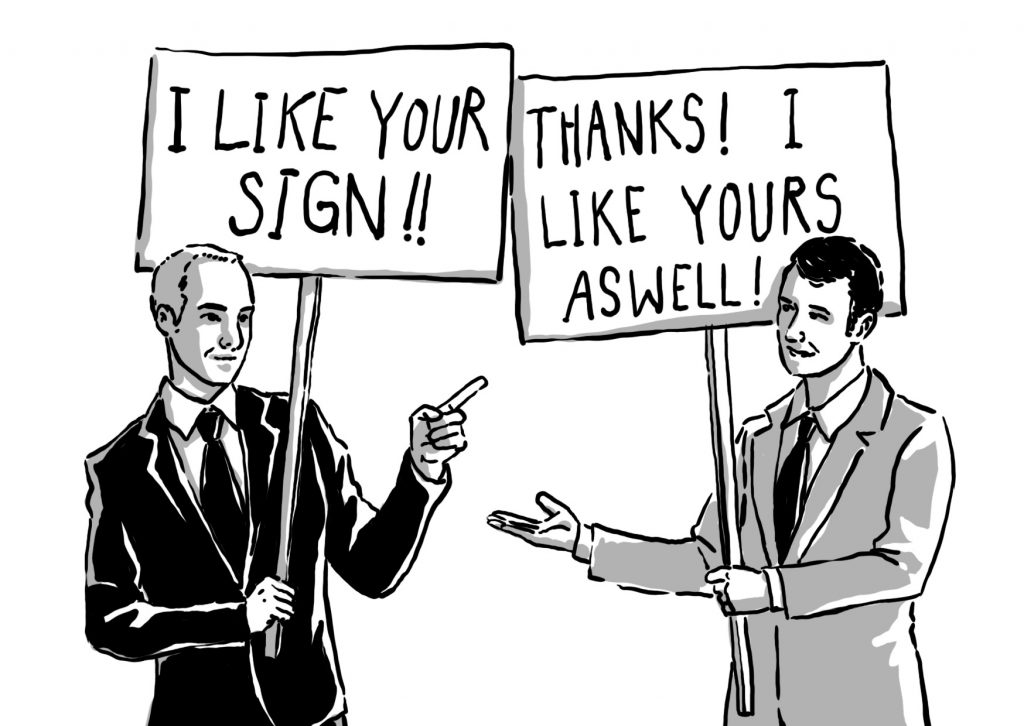 Last Sunday, I went to a Pulse of Europe demonstration for the first time. Starting out with just over a hundred people, the Sunday meetings have attracted more than 3,000 people within a month, as well as quite some media attention.

Many of my friends, not only from Hertie, had been going regularly and enthusiastically reported back on the “sense of unity” and “great, warm atmosphere” at the demonstrations. As I do identify with Pulse of Europe’s mission and general values, I went to go experience the demonstration for myself.

Coming to Gendarmenmarkt on Sunday in Berlin at 2 pm, it was just like my friends had told me it would be – a peaceful and welcoming atmosphere, calm and orderly, with classical music playing in the background. Children dressed in green and blue jackets were running on the stairs of the Konzerthaus. On stage, people were speaking about the importance of a peaceful, unified Europe and the liberal values we must fight for. I could not agree more: I believe in the European project, I believe in the slogan of the European Union (“unified in diversity”), and I do think we need to act against the rise of nationalist and populist voices around us.

A gathering for the “Bildungsbürgertum”?

But the demonstration left me with a bitter taste in my mouth. I was left thinking that Pulse of Europe may, in fact, be contributing to the divide in European society and the dissatisfaction and frustration felt by a large part of the population. The reason why I felt so comfortable and welcomed at Pulse of Europe was because everybody there was so much like me. It was a gathering of the liberal “Bildungsbürgertum”, of the well-educated, the cultured.

This is not a problem, per se, but becomes one if it excludes other people – which it did. This begins with the speeches by participants and organizers on the stairs of the Konzerthaus, which I doubt were as powerful to someone without a higher education, who isn’t reading mainstream liberal news. The speakers made their arguments using reason, not emotion, often with complex sentence structures and reference to academic concepts. Would somebody without a higher education be able to understand, and would they identify with, what was being said?

Furthermore, the group was comprised of Europhiles, people who feel close to neighboring European countries and capitalize on the benefits of European integration. After the first round of speeches, a woman came forward and announced to the crowd that we would now “get to know each other better”. Organizers asked a question on the microphone, and everyone was meant to raise a yellow leaflet in the air when they could answer a question with “yes”. If one had not been intimidated before – listening to academics speaking to their peers – I am sure they would have been now.

The crowd was asked whether or not we had lived or studied in another European country besides our own, and whether or not we spoke at least one other European language apart for English. Being able to answer “yes” to these questions is typical of the attributes and experiences of the upper-middle class, who were very present at Gendarmenmarkt and complacently raising their leaflets in the air. I even felt a little bit ashamed having not been able to raise my leaflet a couple of times – even though the reasons why I do not speak another European language, why I have not lived in another European country and why I have never been in love with a fellow European are ones of choice, not of a lack thereof.

The questions were not asking whether one had ever travelled to a European country, but whether or not we had travelled within the last year. It was not about liking food from another European country in general, but about liking wine and cheese, a stereotypical trademark of the upper class. I don’t want to accuse the organizers of being ignorant of the fact that many people do not go on vacation every year and do not have the opportunity to learn several languages or to study abroad. Yet, I can neither see how one could feel part of this group without sharing its culture and its way of living and, most importantly, its educational background. If conducted in such a way, Pulse of Europe feels like a class meeting of likeminded people, regrettably excluding large parts of society. Is this the best way to counter anti-European, illiberal and nationalist movements?

We need to connect with the other side

Why does it matter if Pulse of Europe caters to a small group? Demonstrations are becoming more visible each Sunday and sending strong messages of unity and of love for Europe. But if Pulse of Europe wants to spread the European idea of unity and actually change the political landscape in Europe, who it seeks to include matters greatly. We are living in a time when so-called “degree of education” can determine voting outcomes; a time when cultural wars divide nations. The upper-middle class will not win elections alone. We should be careful not to carry the infamous social media bubble spill over to the streets.

If we want to “save” Europe, we should include and understand people who do not necessarily feel that they benefit from it. We should reach out to those do not share the enthusiasm for the Erasmus program, and regard open borders as a threat rather than a privilege. We should try to convince those people that Europe matters for them, too, and why liberal values are worth believing in.

The answers to those questions are, of course, open for debate. Using its resources, current media attention and, most importantly, the enthusiasm of over 10,000 participants, Pulse of Europe can and should lead such a debate. Otherwise – if this opportunity is missed – a laudable idea risks contributing to the very division it aims to fight in the first place. 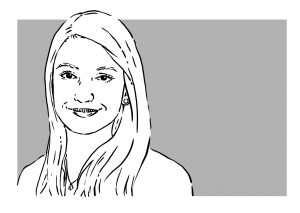 Clara Stinshoff is a class of 2018 Master of Public Policy candidate at the Hertie School. She holds a Bachelor in Philosophy & Economics from the University of Bayreuth. She is interested in international economic and development policy, likes to work with data and is always looking for some sun in cloudy Berlin.