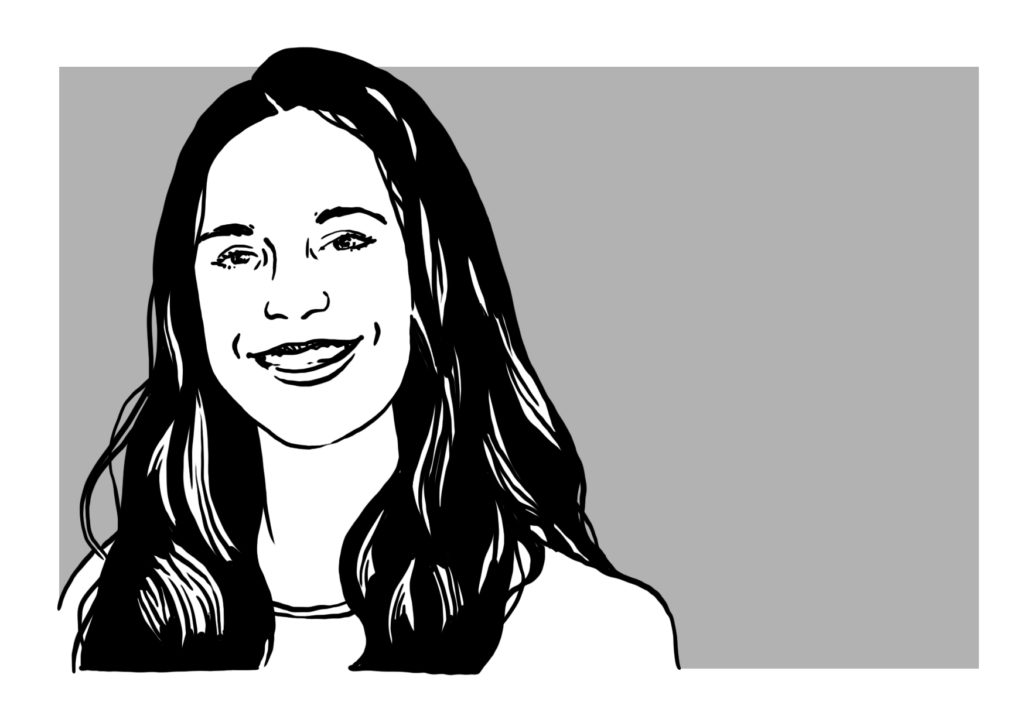 Because culture and politics are inextricably tied together and because (most) Hertie students are not exclusively obsessed over politics and statistics, we reveal our new ‘Hertie Recommends’ series. With this series, we aim to showcase the preferences, recommendations and reviews of our fellow students in the world of art, literature, cinema, and so on. In this first installment, MPP student Emma Krause introduces us to some of her favourite podcasts.

It’s Monday evening and I have yet to review the slides for Prof. Enderlein’s economics class. Yes, I could read about the IS-LM Model and the role of the central bank in open and closed economies. But why not try to understand it through a real life example, like Venezuela’s economic crisis, as explained by award winning journalists? Here are some recommendations on podcasts that can help you to enhance your studies and work as well as augment your interests and day-to-day experiences.

Whether you come from an economics background or want to better understand how economics can be applied in a variety of contexts, ‘Freakonomics’ and ‘Planet Money’ are worth looking into.

Both podcasts are aired on National Public Radio (NPR), an American privately and publicly funded non-profit membership media organization. Freakonomics comes from University of Chicago economist Steven Levitt and New York Times journalist Stephen J. Dubner. The podcast builds on the success of the author’s books Freakonomics and Super Freakonomics and applies economic theories to diverse subjects not usually covered by ‘traditional’ economists. Levitt and Dubner have been running the podcast for six years and talk about all kinds of issues, from the success of the Leicester city football club to the economics of sleep to questioning why we are still using cash. One of their most recent podcast may be particularly interesting in the context of public management, as it focuses on how the Obama White House has used nudges to improve how federal agencies function.

Planet Money takes a bit of a different approach, using a narrative format to tell a story about a particular economic issue. Hosted by journalists Adam Davidson and Jacob Goldstein, the show was originally created to cover the global financial crisis in 2008 and has since taken off as a resource for the average person to understand complex economic issues. As mentioned earlier, a recent episode explaining Venezuela’s economic crisis highlighted some of the key aspects of macroeconomic many students learn in economics class.

For those who enjoy learning from the past, consider listening to ‘Revisionist History’. Hosted by famous author and journalist Malcolm Gladwell, each week the podcast focuses on an idea, event, or person and re-interprets them. In the wake of Hilary Clinton recently almost becoming President, a recent episode entitled ‘The Lady Vanishes’ may be of particular interest. The episode examines the strange phenomenon of the “token”—the outsider whose success serves not to alleviate discrimination but perpetuate it. If a country almost elects a female President, does that mean the door is now open for all women to follow? Or does that simply give the status quo the justification to close the door again?

It seems that having an interest in politics is almost a second nature to Hertie students. Luckily, there are way too many political podcasts to choose from. If you’re looking to understand the absurdity of this year’s U.S. presidential election, I suggest listening to the New York Times’ ‘The Run-Up’. . The podcast focuses on key issues throughout the final three months of the election and provides up to date polling data courtesy of the Times’ election team. For those looking to move past this election cycle and dive deeper into actual policy issues, I’d encourage to take a look at Vox’s ‘The Weeds’.  Hosted by renowned liberal U.S. columnist and blogger Ezra Klein, this podcast dives into the nuts and bolts of policy-making.

For European politics, Deutsche Well’s (DW) ‘Inside Europe’,  an award winning weekly radio show focusing on key issues shaping the continent, as well as Politico’s ‘In the Loop’ are worth listening to. ‘In the Loop’ examines specific issues affecting certain countries throughout the EU. One thing particularly nice about ‘In the Loop’ is that some episodes are in the native language of the country being discussed. There are episodes currently available in French, German, and English, so this podcast is a great way to practice language skills.

I would be remiss if I didn’t encourage you to listen to something from the FiveThirtyEight team. FiveThirtyEight is a website focused on opinion poll analysis, politics, economics, and sports blogging. The website takes its name from the number of electors in the United States electoral college and was founded in 2008 by renowned data analyst Nate Silver. The site hosts three different, excellent podcasts, but I want to draw attention to a specific one: ‘What’s the Point’. This show focuses on how data is changing our lives, using statistical analysis to discuss various stories about the data age. As someone who has always been a little suspicious of our reliance on technology, I particularly enjoyed the recent episode “Who’s Accountable When An Algorithm Makes a Bad Decision?”

Yes, engaging with and learning from the world is important, but sometimes a little fun is also needed. Below are a few recommendations for pure pleasure.

On Being– this podcast digs into what it means to be a human, and how we want to live; you’ll hear from politicians, philosophers, economists, cultural innovators, holistic practitioners and more.

How I Built This – a podcast about innovators, entrepreneurs, and idealists, each episode is a narrative journey marked by triumphs, failures, serendipity and insight — told by the founders of some of the world’s best known companies and brands.

The Moth – professional and amateur storytellers tell inspiring stories in front of a live audience.