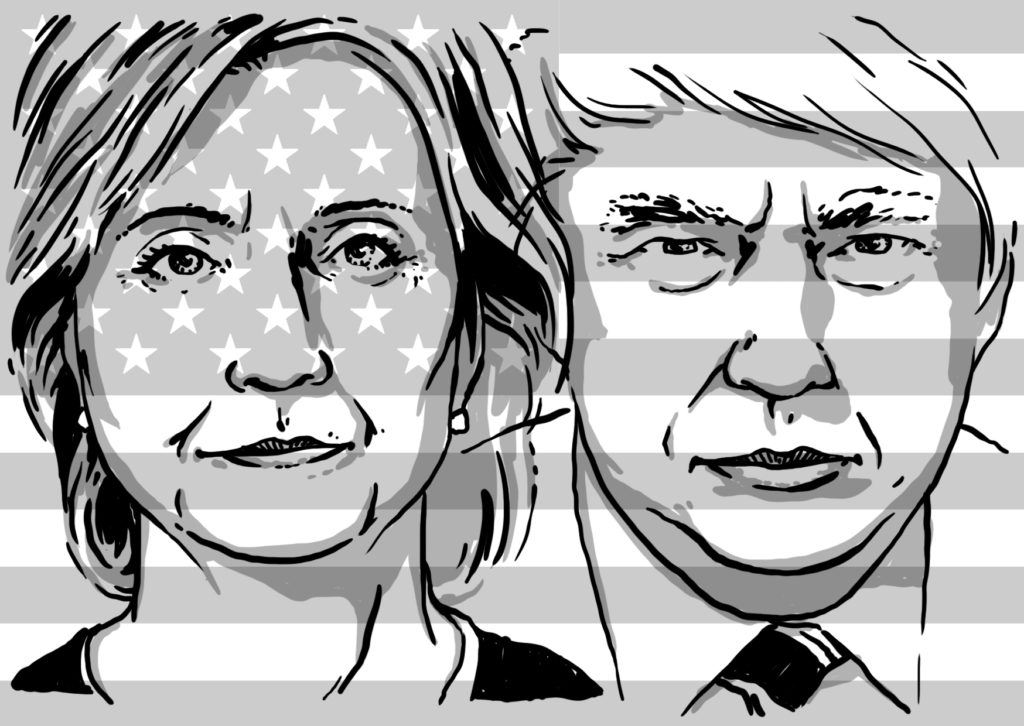 Jonathan Rummel, a second-year Public Policy student currently on a Professional Year in the United States, offers a break-down of last night’s Presidential Debate from home.

The trending hashtag #NOHANDSHAKE almost perfectly sums up the United States’ Second Presidential Debate. Donald Trump and Hillary Clinton broke from debate tradition last night by not shaking hands upon entering the debate room, signalling the overall aggressive tone of the night. Clearly inspired from this weekend’s revelations – a video of Trump speaking in abhorrent language about women and the release of Hillary’s Wall Street speeches and emails – the nominees had a specific goal in mind. Each wanted to make undecided voters realize that their opponent is not fit to be President of the United States and cannot be trusted.

The town hall debate style is a perfect setting for this goal, as it relies on undecided voters asking their own questions, which can sometimes be more pointed and personal than those a moderator would ask. Traditionally, this debate is an opportunity for candidates to appear more human and to “connect” with common voters. It famously, and coincidentally, began in 1992 with Bill Clinton vs George HW Bush where, for many, Bill Clinton won his election that very night by appearing, overall, more genuine and attentive to the audience. This is a high stakes debate where even the smallest disinterested look, exasperated sigh, or glance at a watch can ruin a presidential hopeful’s election.

So did Donald Trump and Hillary Clinton achieve what they needed to, in order to sway independent voters? Or did they flounder?

Hillary came in to this debate with increased poll numbers and benefiting from the throng of Republican officials denouncing Donald Trump. Even her own October surprise seemed to have skated by without a lot of fallback, in comparison to Trump’s leaked video. However, many believed that in order to win, she would need to successfully bait her opponent into displaying poor temperament, respond apologetically to her email scandal and adamantly attack Trump’s leaked video. Additionally, she had to do all of this while appearing authentic and well-meaning.

Luckily, Hillary seems to be used to double standards as she still performed quite well and was able to achieve the majority of the goals listed above. Perhaps one of the most poignant moments occurred in her response to Trump’s leaked video. In a two-minute window, she denounced Trump’s character through specific accounts of his most outrageous comments, while highlighting her campaign slogan favoring unity, opposed to Trump’s policies calling for Muslim immigration bans and isolation. She ended by connecting the response back to the first question of the night, stating that American diversity was a quintessential aspect of the country and one she wants to model and demonstrate for today’s children.

That aside, the former Secretary of State certainly floundered when it came to the issue of her leaked emails. “I made a mistake,” was all that Hillary could say as she fumbled through apologies and interruptions by Trump, who was quoting some of Bernie Sanders more negative campaign comments. This was difficult, as this is her most glaring weakness; people do not trust her.

So did she sway undecided voters or not? She absolutely came off as genuine, and her closing response about respecting her opponent’s children was a profoundly human way to end her night. This may have been just what she needed, as her other weaknesses may no longer be much of a concern thanks to her opponent’s more outlandish and self-destructive comments.

Donald Trump has said a lot of unpolitical things throughout his campaign. However, with dropping poll numbers and hordes of establishment Republicans renouncing their support over the weekend, this was Trump’s chance to rebound. He just needed to remain calm and even-tempered, while displaying a level of maturity and policy prowess that he hasn’t shown before. At the beginning of the night he was able to accomplish this through relatively calm interactions and even corner Hillary on a few major issues. Unfortunately for him, any progress that may have been made throughout the debate was almost immediately erased due to outrageous follow-up comments.

Yes, he apologized for making comments about sexual assault but almost immediately, before and after, stated that it was just “locker room banter” and something people do.

He said that the recent state of Islamaphobia in the United States was a shame, but then quickly said that it is important to single out Muslims and protect the country. He even refused to deny that he would institute a “Muslim Ban” on immigration, instead calling it “extreme vetting.”

He interrupted or berated his opponent during almost every single question, albeit with “facts” and actual comments instead of “Nope, Nope, Nope.” Additionally, he was quite aggressive to the moderators, at times insinuating that the debate was actually “3 on 1.”

Trump did succeed in cornering Hillary on her emails and gained a fair amount of ground in that regard. However, he ended that part of the night by vowing to personally assign a special prosecutor to investigate her, should he become President. This may very well have been the first time a Presidential candidate threatened to imprison his opponent.

Perhaps most shocking of all was the revelation that he hasn’t discussed ISIS or military matters with his running mate. When coupled with the fact that Mike Pence previously denied the “Muslim Ban” that Trump is so supportive of, this comment was the political equivalent of throwing Pence under a moving train.

Trump was able to find some consistency and level ground with the last questions regarding energy and his respect for his opponent. In regards to energy, calls for defending the coal industries and other fossil fuels under siege by eco regulations certainly helped solidify Trump’s conservative base and maybe even clarify it in the minds of undecided voters. When asked to mention one thing that he respects about Hillary, he stated that she never gives up and that her determination is especially noteworthy. This level of respect was an effective way to paint Trump in a better light after all his previous comments and may help some view him as a more comprehensive individual.

Overall, this wasn’t the victory he needed, but it was a victory in some regard. These last few days have spelt absolute ruin for Trump’s campaign and he needed to survive the night. The sheer fact that he was able to corner her on a few exchanges and end the night in a very respectful manner means that he surpassed expectations to do just that. Did he sway a significant number of undecided voters? Probably not. Nothing that was said was any different than what he has said in the past. The next few days will be more telling of whether surviving this debate will bring over more undecided voters, or even stop Republicans from leaving his side.

One thing, however, remains clear; Hillary could have buried Trump tonight. Because she did not, she may have to rest her hopes on the third debate on October 19. 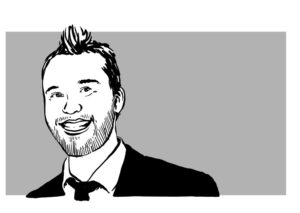 Jonathan Rummel is a class of 2015 Master of Public Policy Candidate at the Hertie School of Governance. He holds a Bachelor of Arts in both Political Science and Italian Language & Culture. His interests lie in tourism policy, sustainable development, and global mobility via labour. He has lived on four continents and traveled to over 28 countries. He seeks to encourage travel through international exchange and allow others to experience the world. He can speak English and Italian and has dabbled in German, Japanese, Spanish and French.