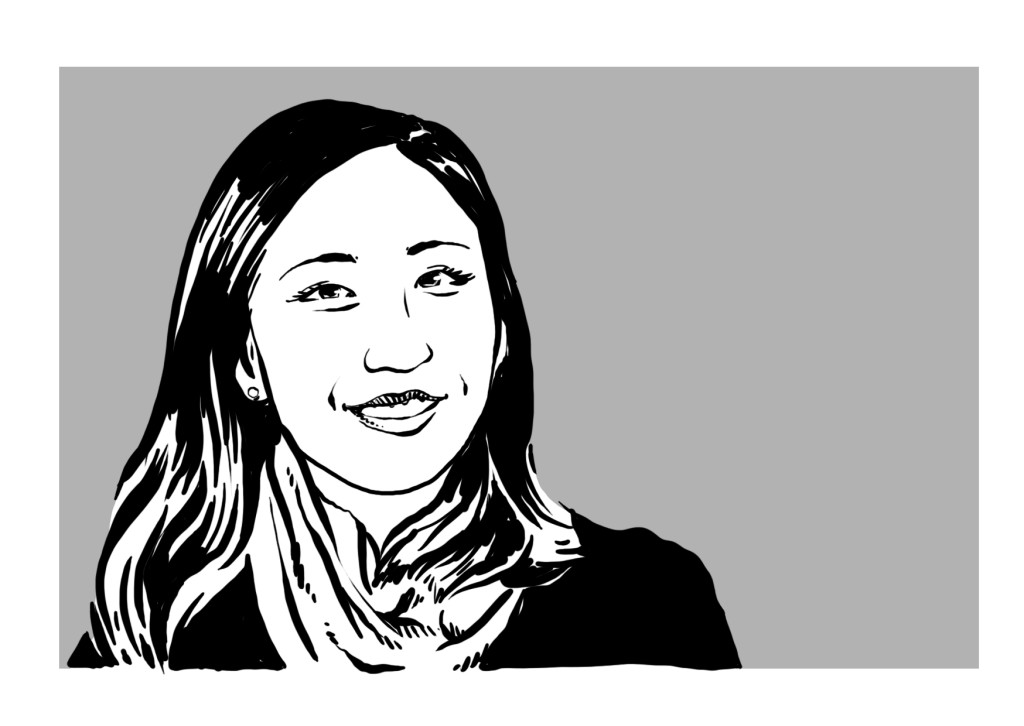 Truth in Engineering,’ proclaimed Audi proudly in billboards all over the world. Ironic, considering Audi’s parent company, Volkswagen (VW), has found itself deeply mired in an emissions cheating scandal that has implicated an estimated 11 million vehicles worldwide, of which a majority of 8 million are in the European Union (EU).

After it was revealed that Volkswagen had used devices to cheat on NOx emissions tests, several Volkswagen engineers admitted to manipulating fuel efficiency and CO2 emissions data as well, and as many as 800,000 vehicles in Europe have been implicated. Furthermore, it is quite likely that other automakers may have implemented such cheating measures as well in order to reach CO2 targets. The revelations are especially embarrassing for EU policymakers and expose the acute failure of EU regulators to enforce legislative standards. The scandal revealed not only a lapse in NOx emissions monitoring, but carbon dioxide as well. This calls the effectiveness of the EU’s energy policies into question, in particular EU emissions monitoring standards as well as the role of diesel in the EU’s fuel economy policy and the energy mix in the transportation sector.

One of the key problems of the EU’s current fuel economy standards are, as highlighted by the scandal, is its ineffective vehicle testing standards. The current EU driving cycle, the New European Driving Cycle (NEDC), designed to test the emissions and fuel economy of car engines, has long been thought of as not reflecting ‘real world’ emissions. In fact, there is statistical evidence that these ‘real world’ emissions are on average a significant 25% higher than those assessed by the NEDC (ICCT Policy Update 2014). While it is possible that some manufacturers are using similar software cheating devices, such as the ‘defeat devices’ used to cheat on NOx emissions, to cheat on EU fuel efficiency tests, the emissions testing standards are so outdated that manufacturers arguably do not even need to use software to get away with cheating (‘The Volkswagen Scandal’ 2015). This has been recognised by the EU. Plans for a new test procedure, the World-Harmonized Light-Duty Vehicles Test Procedure (WLTP), which is to be put in place at the earliest opportunity, as well as plans for the new Real Driving Emissions tests to be phased in from 2016, have been put forward by the EU to counter this disparity between real and test emissions (Devoy 2015). However, this is limited to monitoring and not approval of vehicles, which is still carried out in national laboratories chosen and paid for by the car manufacturers. Essentially, carmakers, not the EU, are testing their own vehicles, and thus have the liberty of modifying vehicles as they wish to ensure that they pass strict standards (‘The Volkswagen Scandal’ 2015).

In addition, while the EU sets the emissions standards, it does not enforce them and instead leaves implementation of its own legislation up to member states (Oliver 2015). This has led to regulatory regimes that are fragmented and inconsistent, which are exploited by carmakers searching for the most lenient national certification regime to ensure their vehicles are approved. In fact, some member states have even gone a step further and actively attempted to protect their regional carmakers by lobbying to carry forward loopholes in the previous NEDC cycle to the new WLTP cycle that would allow carmakers to ‘pass’ fuel efficiency tests (Nelson 2015). Hence, we can clearly see that this lack of a cohesive enforcement strategy among member states is, as Jos Dings, director of the Transport and Environment campaign group, puts it, ‘‘designed for inaction’ and in the words of the Brookings Institute, ‘the endemic weakness of the EU regulatory system’ (Batasin 2015).

Thus, there needs to be greater harmonisation, if not standardisation, of energy policy among member states to avoid loopholes being exploited. The EU’s lack of enforcement means member states need to come to a consensus on how to use policy tools for implementation and regulation of fuel economy policies. If RDE tests are to be put into place, member states need to ensure uniformity in regulatory practices to avoid automakers ‘shopping around’ for states with lax regulations. If member states lack resources to do this, they should employ what John Braithwaite terms in his book, ‘Regulatory Capitalism’, ‘smart regulation’. Smart regulation in this context would involve using horizontal resources, such as enabling independent third parties (for example, the International Council on Clean Transportation or ICCT) to carry out emissions tests to avoid further ‘cheating’ on the part of auto manufacturers.

End of the line for Diesel?

The VW scandal could also have serious implications for the future of diesel in the EU’s transportation energy mix. Due to a combination of strict CO2 standards and favourable tax measures for diesel fuel, there has thus far been a large shift from larger petrol cars towards diesel cars. In fact, over 50 percent of all cars in the EU have diesel engines. This shift towards diesel cars was a significant factor in reducing average CO2 emissions; for example, emissions in Ireland and Norway were reduced by about 13% and 23% respectively (Gerlagh 2015). Thus, it is no surprise that European carmakers increasingly turned to diesel as an easy way to reduce their overall fleet emissions, whilst neglecting more expensive technologies such as electric battery and hybrid vehicles. However, this has come at the cost of rising NOx emissions, and, as a result, a rising threat to public health. Furthermore, studies have suggested that the greenhouse gas emissions savings resulting from the shift of the European car fleet from petrol-based to diesel-based have been negligible, while the air pollution has risen at an alarming rate in several European member states (Cames & Helmers 2015). This brings us to the question of whether this is the end of the line for policies favouring diesel engines.

In the wake of the scandal, we can expect policymakers to implement more stringent standards on these pollutants, which endangers the future of diesel in Europe. Hence, it would be judicious for carmakers and policymakers alike to start looking towards cleaner alternatives, such as battery or hydrogen fuel cell vehicles. Policymakers, especially, need to harness the political will generated from the spotlight on the VW scandal to break away from diesel friendly policies that protect European automakers at the cost of public health, and do more for other, cleaner technologies. Of course, some may argue that electric battery vehicles are only clean insofar as the electricity they use comes from clean sources, but this serves to highlight, as we have pointed out in the previous section, the need for greater integration of Europe’s wider energy policy.

However, there are challenges for policy makers to break away from diesel. For several member states, the automotive industry is a vital part of the economy, and thus very powerful, with many close ties to governments. For example, the French car manufacturer, Peugeot, one of the largest producers of diesel cars in the world, had obtained its status due to support from the government. While the French government has already tried to slow down increasing dieselisation, this has had limited success. The Ministry of Industry had attempted to increase diesel fuel taxes through a reform of energy pricing policies, citing the price gap between petrol and diesel fuel taxes as a cause of excessive production of diesel cars. This proposal met with much opposition and was quickly dropped. Similarly, while Germany is frequently seen as a leader in green practices, its domestic automobile industry holds a large share of power as it contributes significantly to the economy, both in terms of manufacturing and employment provided. In light of these realities, it comes as no surprise that the federal government in Berlin has intervened several times in favour of policies that protect its domestic automobile industry. In addition, a shift away from preferential diesel policies may be met with resistance from member states that have profited from the so-called ‘fuel tourism’ (Cames & Helmers 2015). Despite these challenges, taking into account the increasing political power of the EU Commission, it is still possible that despite resistance from individual member states, an EU wide consensus could be reached on this issue.

EU policy makers need to harness the political will present due to the VW scandal and re-examine current fuel economy standards, to shift towards policies that will no longer favour diesel engines but instead give greater support to the wider technology available to curb CO2 emissions, such as electric vehicles. One way to do this is to implement changes in enforcement strategies, as it has clearly been shown that the lax inspection standards and sanctions imposed as of now have not effectively deterred automobile manufacturers from cheating. Suggestions to consider include stricter emissions tests that reflect real world conditions, and greater harmonisation of enforcement strategies by member states to prevent automobile manufacturers from ‘shopping’ for the easiest place to pass emissions standards. 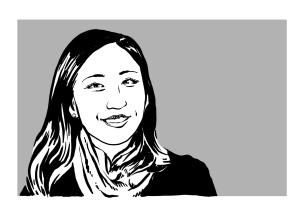 Wang Ting Amanda Lee is a current first year MPP student and originally from Singapore. Her special interests are environmental and climate policy, particularly in Asia, which is backed up by her internship at the Ministry of Environment and Water Resources in Singapore. Amanda’s academic background is Chemical Engineering.