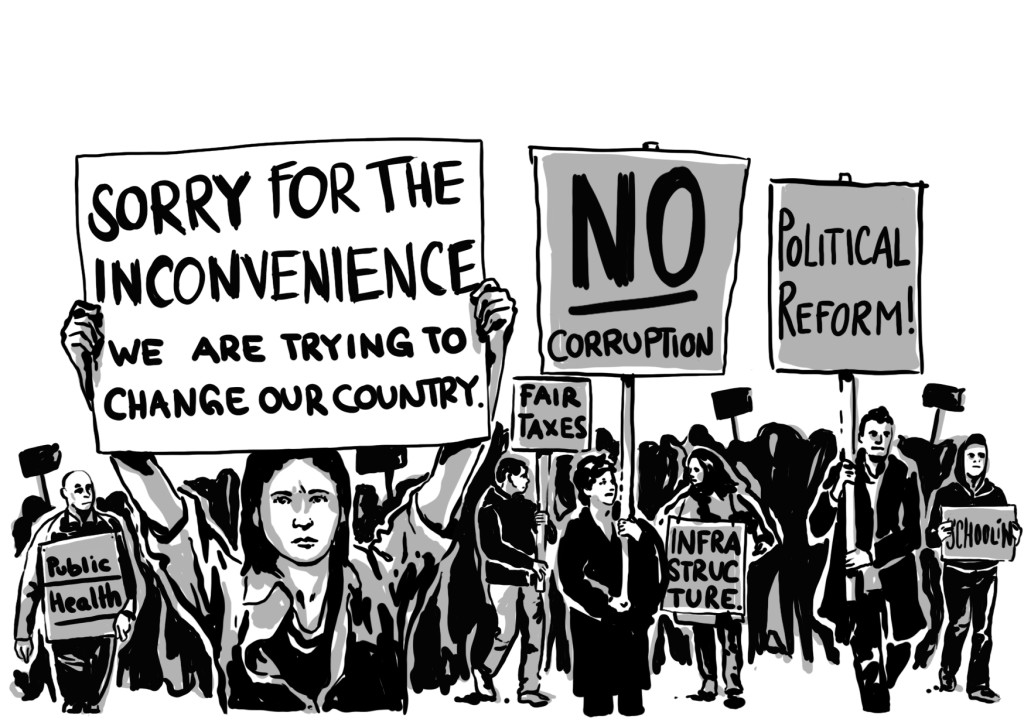 Millions of people in the developing world have left poverty and joined what could be called the middle class. But the majority of households in the world are still vulnerable to falling back into poverty. They have rising expectations but fret about the future every day. If their demands are met, they have the potential to become agents of change. If neglected, they may become marginalized supporters of populism and civil strife.

Starting with the good news: over the past few decades, the world is becoming a better place. Between the refugee crisis that is dominating the news in Europe today, the Nepal earthquake in 2015, the outbreak of Ebola in West Africa in 2014, and the ongoing Syrian Civil War, it is easy to forget that in the grand scheme of things, things are getting better.

This is true by almost every measure. As Charles Kenny has documented (in addition to buying the book, watch the fun interview with Ezra Klein), the share of people living in extreme poverty has fallen tremendously over the last decades and is now less than 10 percent of the world’s population, life expectancy is rising globally, child mortality has been falling by almost half since 1990, and war and violence is on the decline.

The decline in extreme poverty, led by the forces of globalization, free trade, and macroeconomic stability, has in some places – particularly China and Latin America – been accompanied by many households moving up into what is often associated with the elusive concept of the middle class: a formal job with a regular pay check, resources to invest in education or to take small business risks, time to think about personal finance or political voice and representation, and the ability to to buy a scooter, a car, or a pair of Nike sneakers.

For development economists, this means that fewer people will face what Sendhil Mullainathan and Eldar Shafir call money poverty, time poverty, and (mental) bandwidth poverty. Overcoming the everyday struggle for insufficient resources and gaining a reasonable level of economic security, middle class households are more inclined to support and demand market-friendly economic policies, less inclined to tolerate corruption, and maybe even more inclined to fight for political representation. For global producers of consumer products, this means selling more sneakers, more IKEA furniture, or more Starbucks drinks. For governments, this means more consumption-led growth, more human capital for the country, but also more demands on social welfare, public health and education systems. In some places, it may also mean more political activists that express their frustration with what Samuel Huntington calls the gap between aspiration and expectation, between want formation and want satisfaction.

Not everyone who is not poor anymore in his or her country, however, should be called middle class. What exactly does middle class mean and who should we count as part of it? In high-income countries, middle class households are often identified as being somewhere around the mean or the median of the national income distribution. For developing countries, many economists instead argue for an absolute cut-off based on per capita income or consumption at comparable prices (i.e. measured in purchasing power parity) to identify households that are sufficiently insulated from external and internal shocks that could lead them to fall back into poverty. Income, as opposed to a broader range of dimensions that are potentially harder to measure, should be understood as a rough proxy for such economic security.

Consensus appears to emerge that a minimum income of $10 per person per day is enough to have a reasonable level of economic security. This is the threshold used by Nancy Birdsall and myself at the Center for Global Development, Homi Kharas for the Organization for Economic Cooperation and Development, the World Bank in Latin America and elsewhere, and the African Development Bank. The $10 a day minimum is in part based on panel-data evidence from Latin America, where at or above that amount households have a less than 10 percent probability of falling below their national moderate poverty lines. More generally, using an absolute cutoff (with appropriate price adjustments) has the advantage of allowing comparisons across countries and time.

As Nancy Birdsall has repeatedly argued, income-secure households identified by this measure may, beyond the more obvious economic effects mentioned above, play a role in fostering good governance. A sufficiently large middle class likely demands robust market institutions that respect property rights, foster competition, and reduce negative externalities. They likely also demand stable political institutions that reduce corruption, maintain accountability of elected officials, and provide public goods in return for their taxes. While neither a necessary nor a sufficient force – to borrow Birdsall’s words – the middle class can thus create a virtuous circle of middle class growth and good governance. Endogeneity of course abounds in attempting to establish any sort of causality, but several countries in Latin America including Brazil and Mexico, and even China serve to illustrate the point.

Equally important, though, is to understand who is not poor anymore, but not yet middle class. In 2011, about 56 percent of the world’s population was neither extremely poor, nor above the $10 cut-off to identify income-secure households. These people are who Nancy Birdsall, Nora Lustig, and I call the strugglers and are part of what the FT calls the fragile middle. They are at risk of slipping back into poverty as the result of idiosyncratic shocks and the slower growth that many emerging economies have recently experienced. They are street food vendors, cab drivers, or cleaners. They have some disposable income, may be employed in the informal sector, pay some taxes, and send their kids to public schools—but the public services they receive for their tax money provide little real benefit to them. Instead of having moved up into the income-secure middle class, they are churning above and below the poverty lines of their countries.

Like Mohamed Bouazizi in Tunisia, Muljoko in Jakarta or protestors from São Paulo to Istanbul, they face a growing gap between aspirations and expectations. If their evolving aspirations are met and their demands are satisfied, they will have acted as agents of inclusive growth and change in their society. If their problems are neglected and they lack sufficient schooling, skills, and opportunities, they could become a restive underclass, and likely supporters of populism and civil strife.

Using household-survey panel data from six countries in Latin America to analyse the impact of taxation and social spending, we found that the group of poor but not yet middle class strugglers are often net payers into the fiscal system due to indirect taxes such as the value-added tax. Unlike the poor, who are net beneficiaries from the fiscal system because the direct cash transfers they receive outweigh the indirect taxes they pay, the strugglers only benefit from publicly provided health and schooling – which we argue is of questionable quality. This resonates with the demands of large-scale street protests in Brazil in 2013: against the backdrop of large government expenditures on the soccer World Cup, protestors that are likely in the struggler group demanded better schools, better transport infrastructure, fairer taxes, and political reform.

For national policymakers, understanding the difference between income-secure middle class households on the one hand and households that are not poor anymore but not yet part of the secure middle class matters for shaping a whole range of social insurance programs and tax policy. Take the example of “Bismarckian” social insurance programs that are coupled to formal employment and thus do not reach the large share of employees in the informal economy.

There is a more general point here for development policy: As Nancy Birdsall has argued elsewhere, labels matter. There is no reason to believe that a household that has moved above some arbitrary (extreme or moderate) poverty line should be seen as having jumped into the income-secure middle class. Lant Pritchett appropriately quotes Alfred Marshall’s epigraph natura non facit saltum – nature does not make jumps – to make the point that there are no discontinuities in the reality of people’s lives. Instead of narrowly focusing on moving people above a sharp cutoff, we should focus on designing policies that enable people to keep climbing the ladder and align aspirations with expectations.

I would like to thank Petter Malvik for useful comments. All remaining errors are of course my own. 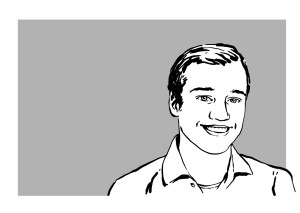 Christian Johannes Meyer is a PhD candidate in economics at the European University Institute in Florence, Italy, and a consultant with the World Bank’s Poverty Global Practice. Before that, he was a consultant with the World Bank’s Development Research Group and a research associate at the Center for Global Development. He has published on poverty and inequality measurement, fiscal incidence, and labor markets and firm productivity in Sub-Saharan Africa. Most recently, Meyer was a coauthor of the World Bank’s Policy Research Report on Poverty and Shared Prosperity and a contributor to the Oxford Handbook of Africa and Economics. He holds a Master of Public Policy from the Hertie School of Governance and a BA in Business Administration from WHU Vallendar.