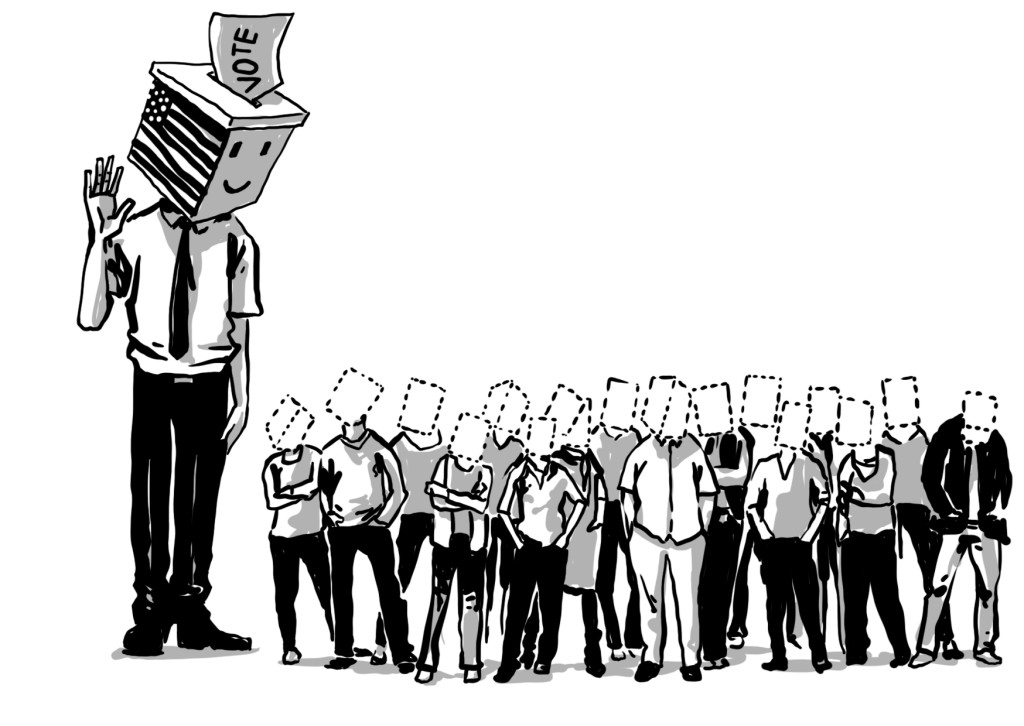 The 2016 U.S. Presidential Primary cycle demonstrates more than ever the need for a proportional representation electoral system. Our current winner-takes-all framework encourages two broadly based parties, disenfranchising important social movements and discouraging political participation in all but the most contested districts and states. Republican Party leaders are unwittingly making a case for a constitutional change to proportional representation as they pine at the chance to sweep the carpet out from under the feet of entertainer-turned-unwelcome-frontrunner Donald Trump.

“Bernie is my No. 1 choice, and Trump is No. 2” might be the most surprising statement of the 2016 U.S. Presidential Primary campaign to those familiar with the traditional left-right political spectrum. Over half way through the democratic process to choose political leadership for the next four years, Americans are expressing radical disillusionment with establishment candidates as they seek to be heard on social and economic issues. Accompanied by the self-destruction of the Republican Party are questions of whether currently energised voters will even choose to vote in November, a sobering commentary on the state of American democracy. The current first-past-the-post (FPTP), or winner-take-all, electoral system encourages this caustic and confusing downward spiral towards broadly-based, decentralised parties that deliver minimal satisfaction and low voter turnout. A constitutional change to proportional representation would encourage a higher number of smaller, trustworthy political parties that govern more effectively.

The wide nets cast by both parties uncomfortably lump together fiscally conservative secular voters with religious fundamentalists at the same time that union voters must play second fiddle to free-trade capitalists. Never before have these divisions been clearer. As in Europe, the formation of a new structural conflict between ‘winners’ and ‘losers’ of globalisation (or ‘denationalisation’) in America is transforming politics away from a traditional left-right fissure to a new ‘integration-demarcation’ cleavage, articulated and dealt with at the national elections such as this one. Cause and effect aside, globalisation accompanied a steep drop in union membership from over 20 percent of workers in 1983 to nearly half that proportion in 2015. On top of that, we have witnessed a recent stagnation in real wage growth and a rise in populist perceptions about general loss of national sovereignty and a decline in cultural and economic prosperity. On the other hand, globalisation’s ‘winners’ includes neoliberal business interests as well as those who hold universal or cosmopolitan values.

Why does this lead to intra-party strife? A simplified version of Duverger’s Law explains the tendency of a FPTP ballot to be conducive to a two-party system, whereas proportional representation is conducive to a multi-party system . While it doesn’t hold up in some countries such as India, it is certainly explanatory of the absence of mainstream American third parties. This is a dual consequence of not being awarded any political representation for electoral success below 50 percent as well as eventual polarisation and broadening of the two dominant parties.

Notable exceptions include Ross Perot’s nearly 19 percent of the vote in 1992, the Southern segregationist revolts of 1948 (Strom Thurmond with 2.5 percent) and 1968 (George Wallace with 13.5 percent), and Theodore Roosevelt’s attempted comeback with the Progressive Party earning 27 percent in 1912. In each case, these candidates amounted to nothing other than a spoiler for voters’ next-best choice and sometimes even leading to the election of their least-favourite choice candidate. The irony is that the victors in these situations often win 100 percent of executive power with a merely a plurality (less than 50 percent) of electoral support. In contrast, a proportional representation system seeks to accurately represent the views of all voters and despite political fragmentation, leads to policy decisions closer to the views of the average voter.

One might counter-argue that a two-party system locks extremists out of power and encourages political moderation, but our current experience proves otherwise. Donald Trump, reluctant denier of white supremacist support, consistently leads a Republican Party selection of candidates who advocate for human rights violations, biblical authority over the constitution, and policies that may have deported their own family members a generation or two ago. In fact, the bipolar U.S. party system is paired with ever-declining party identification and a 72-year record low voter turnout (‘The worst voter turnout’ 2014).

Distrust and potential party defection within the establishment compelled Republican Senator Ben Sasse of Nebraska and conservative commentators to call for a “third option” this November. 2012 Republican presidential nominee Mitt Romney urged conservatives to engage in strategic voting to salvage the nomination, and some Republicans suggest a reluctant vote for probable Democratic nominee Clinton if Trump is on the ballot. The loss of control within political parties and the lack of options for voters in November extend the status quo: low party identification, low voter turnout, and dissatisfaction with governance — our individual politicians are neither accountable nor are their political parties cohesive.

The current FPTP system stifles political representation for all but the broadest and most inclusive political parties, which are fated to disappoint their irreconcilably diverse voter bases. The new cleavages emerging in our nation are not accurately represented by Republican or Democratic Party platforms in the United States. Republicans in particular are, without intent, advocating for proportional representation in order to strengthen the power of leadership and avoid undesirable nominations, while the “Bernie first, Trump second” voters either seek to push through a nominee now or stay home in November.

Achieving proportional representation of any sort would require difficult constitutional amendments, which according to Article 5 of the U.S. Constitution need the political support of a two-thirds majority in both houses of Congress as well as approval from three-quarters of state legislatures. Such a change may seem insurmountable, but when record numbers of people are vowing to stay away this upcoming November, the deep dissatisfaction with our current system and the need for radical improvements could not be more evident. 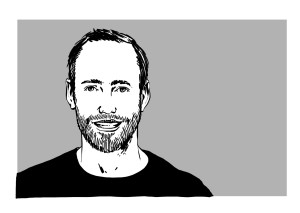 Christopher Norman is a Master of International Affairs candidate at the Hertie School of Governance. Alongside his studies, he is passionate about political systems, transatlantic relations, the effectiveness of development aid, as well as the relationship between land use management, urban sprawl, and racial segregation in the United States. He holds a Bachelor of Arts in Political Science from Linfield College in the United States. He enjoys Pälzer Schorle in a Dubbeglas.