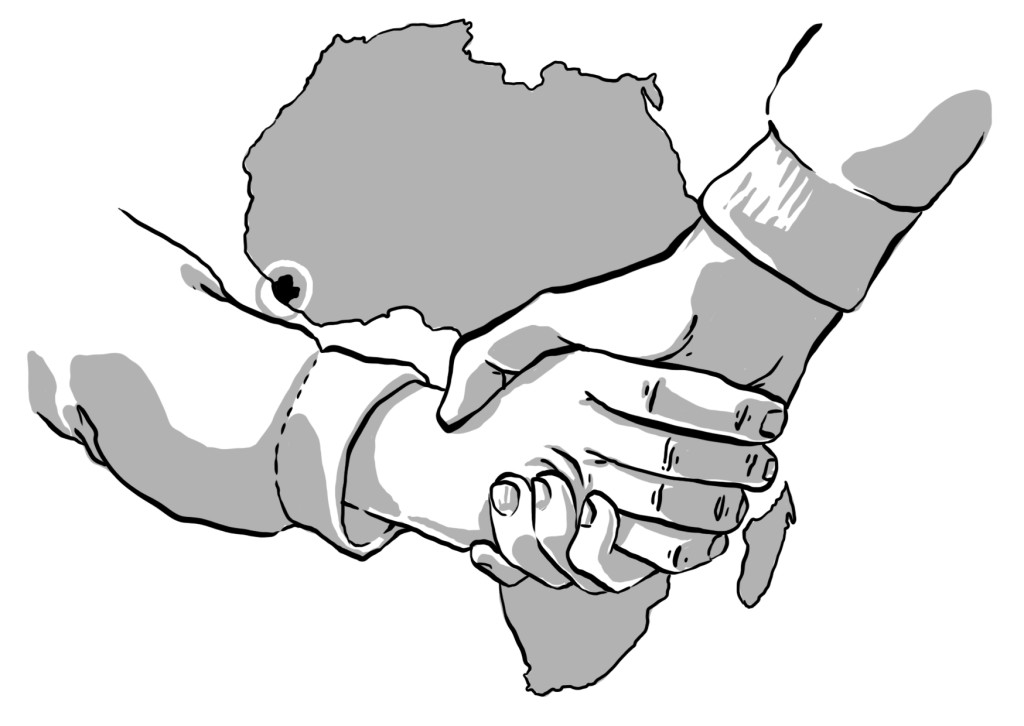 “If you educate a man you educate an individual, but if you educate a woman, you educate a nation.” The words of this African proverb ring true of Hertie School Alumnus Joseph Ayamga’s work in Sierra Leone, a country which the UNDP Development Report ranked 145 out of 155 on the Gender Inequality Index. Since 2011, Joseph has been working on local economic development in this region, first with GIZ and Christian Aid, and from November 2014 as Country Director of SEND Sierra Leone. Last year, when Ebola ravaged large areas of West Africa, Joseph raised funds to enable the Kailahun Women in Governance Network to feed 140 families – 980 individuals in 14 chiefdoms in Kailahun. It was for this work that he was chosen as the first-ever recipient of the Alumni Achievement Award.

“One thing that outrages me,” says Joseph, “is inequality. I just don’t like it.” He adds that the biggest contributing factor to this problem is the fact that many women do not have access to information, resources or social and economic opportunities. “We believe that the naked reason for poverty in our society is because of inequality between men and women. In our institutions, in society, culture dictates what a woman should do – what she should wear, and what she should not do. These are cultural or societal constructions, they are not ‘natural’.”

This passion for social justice was fuelled by his own experience growing up in a family where his mother, who never had the opportunity to receive an education, had to fight for a say in family decision making. “I think I learned it from my mother, because she was strong-minded…. I grew up seeing her always saying inequality should not be a barrier to the progress of women, so that motivated me a lot”.

Joseph’s vision is “to be able to work with women, so that they have access to knowledge, are empowered and then take the lead in their own development”. Currently, 107 women’s groups make up the 5400-member strong network that Joseph has been building with SEND. A major focus of his work is training participants in leadership skills: “I learned at the Hertie School that one of the major challenges to rural economic development is leadership”. A strong focus of Joseph’s leadership philosophy is the belief that the women should be the authors of their own solutions. “Most of the time, there is a lot of advocacy going on for women and on behalf of women and that is something that I have always been against. They say that ‘he who feels it, knows it best’.”

Another of Joseph’s core beliefs is that change doesn’t begin in parliament or even in the classroom, but in individual families. “If the family is not strong, the school alone cannot…train responsible and responsive citizens – it cannot work like that!”. Thus another aspect of his work is family resource analysis, which examines who has access to which resources in the family and how those resources are used. It also asks families to consider if any member is disadvantaged or performing more than their share of family responsibilities, helping them rethink their own values and their impact on society: “If these cultural systems…disadvantage women, it’s society that’s at a disadvantage”.

Governance tools like these learned in the classroom, combined with real-world experience gained during his internship participating in youth empowerment activities in Sierra Leone, were valuable arrows in Joseph’s policymaking quiver. Nonetheless, he soon found that there can be a big slippage between clean-cut political theory and the often-messy practice.

“Because of a lack of education, poor governance and cultural practices, policies sometimes don’t get implemented as they should. So that was my biggest shock.” To Joseph, this raises questions about what kinds of structures should be used in developing countries and whether the indices we use to measure the success of policies are sufficient in these contexts. While at the Hertie School, he made the most of the research-intensive environment to do independent reading on this topic, preparing himself for the complexities of humanitarian work in the developing world. “The library was my friend,” he says. “I had to study more…to be able to shape myself towards this goal”.

What, then, does good governance look like to Joseph, specifically in his context in Sierra Leone? “There are a lot of factors that actually define what good governance is all about,” he finally says after a long pause. “If you ask some of the students in the democracy class…they always say you need good institutions, you need the rule of law, a credible media”. While each of these factors is important, they are often trumped by values, beliefs and attitudes – in short, by culture.

“Who decides what should be done at what point in time? The people! And what influences their actions? Their value system…. But we always forget about some of these things.” He adds, “If we want to have good governance, the attitude and values of people need to be studied”.

More than scarcity of resources – serious as this problem is – it is culture that maintains inequality between men and women and influences political practices. This is the real heavyweight in the policymaking ring and its swing makes a major impact, for better or worse. For Joseph, then, it is high time that its importance is recognized. “Is culture an issue of governance?” he asks. To him, it should be. 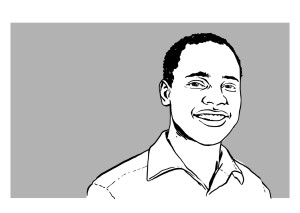 Joseph Ayamga is an Alumnus of the Master of Public Policy and was the first recipient of the Alumni Achievement Award, in honour of his work with the Kailahun Women in Governance Network in Sierra Leone. The Hertie School is now accepting nominations for the 2016 Alumni Achievement Award, and will be hosting the next Alumni Reunion 22-24 April 2016. Click here for more information about the reunion and registration details.

For more information on Joseph’s work and how to get involved, visit the SEND Sierra Leone website.