Along with the world economy, the Great Recession has shaken the ivory tower of the global intelligentsia and inflicted a serious blow to the reputation of an entire discipline: economics. In the aftermath of the crisis, not without a certain Schadenfreude, critics from many sides blamed economists for not being able to predict the worst economic crisis since 1929. How could a whole category of highly-regarded intellectuals not have seen the build-up of such a calamity? To put it in the words of Paul Krugman, “how did economists get it so wrong”?

Many took the opportunity to bash the allegedly ideological foundations of the science of the market economy. Some even nostalgically foretold the end of capitalism and the ultimate disproof of the “dismal” science. Others, more moderate, pointed out several flaws inherent to the macroeconomic models that were then prevailing. Economists took the blow and pronounced their mea culpa. Many in the profession advocated a healthy shift in the dominant paradigm: ideas concerning the instability of a market economy, once marginalised, began circulating again, prompting new lines of research and a renewed awareness of the limits to the self-regulating capacity of free markets.

The field of Economics has been drastically altered since 2007. It’s more empirical, more pluralistic and more modest in its conclusions. Yet its status as a science has never been so dubious. What kind of science is one that is unable to predict a major event of the size of the financial crisis? This perplexity is more widespread than ever before, and materialises periodically. Just a few weeks ago, the Guardian published an article titled “Don’t let the Nobel prize fool you. Economics is not a science”, while a well-known political scientist, in an op-ed in a Swedish newspaper affirmed that the Nobel in economics should be abolished for good. Unlike the world economy, the reputation of economics seems yet to recover from the crisis.

Are these criticisms well grounded? As typical of economists, the answer is not a clear-cut yes or no. Economics is a discipline of a different kind compared to the natural sciences and it would be mistaken to judge it according to the same principles used in physics or chemistry. If we assume that any science should have the same standards as physics, then the criticisms are sound. If not, as I believe, then we need a better understanding of what economists really do.

First of all, economics deals with complex social interactions, which do not follow mechanistic rules and are inherently complex. Models of social science help us understand human behaviour and to identify non-trivial relationships among variables.  However, when used to make predictions about real world macroeconomic developments, their explanatory power is limited. A good analogy is meteorology: the climate, like economics, is a highly complex system. We know how individual clouds are formed and how storms come about, but actual predictions are accurate only in the very short term. As we don’t expect to know in advance the weather for our summer holidays, similarly we should not expect the IMF’s GDP forecasts to be perfectly accurate.

Another enlightening comparison is that with seismology: we know what causes earthquakes and in which areas the risk of seismic events is higher. However we do not know exactly when an earthquake will occur. Yet while seismologists cannot predict catastrophes, nobody would cast doubt on them and say seismology is not a science.

Why doesn’t economics enjoy the same benevolence? As masterfully explained by Harvard’s economist Dani Rodrik in his new book: Economics Rules: The Rights and Wrongs of The Dismal Science, the reason lies on a common misconception. Most people (as well as some economists) believe that the goal of economics is to provide a coherent and complete description of the economy. Following this line of reasoning, in economics, as happens in physics, better models should replace incorrect ones, and at any point in time only one true model of the economy would exist. If evidence disproves one model, it has to be discarded and replaced by a better one. This idea, Rodrik says, is wrong.

Economics does not advance by settling on what the right model is, simply because there is no true model. If the simplified economic models elaborated by social scientists were to be tested empirically none would pass the test, and would hardly ever do so in the future. Economic models in fact are not (and do not aim to be) absolute representations of reality, and it would be a mistake to judge them according to how much they are able to replicate real world developments. But then what kind of science is that?

To illustrate this point, Rodrik uses a short story from Borges: in the continuous effort of perfecting their maps, the scientists of an old empire eventually produced a perfect replica of their territory, just to find out that such a map was completely useless. Maps always simplify and their usefulness lies precisely in their ability to simplify a complex reality. The frequent criticism of economic models, namely that the world is much more complicated, totally misses the point: the aim of a good economic model is not to capture every aspect of reality. A perfect representation of the economy would require a complete simulation of our world, something that is simply impossible. The purpose of economic models is therefore to produce small, simple, and useful abstractions that are capable of shedding light on a specific phenomenon. This implies that new models do not displace older ones; on the contrary they add up and, by doing so, expand the toolbox of the economist.

However a problem follows from the above: how can we combine these simple abstractions in order to make sense of a much more complex reality? This is especially relevant for us Hertie fellows. As policy students we are not concerned about the theoretical details. We are practical people with deadlines to meet and, to be honest, we don’t like doing tedious math. What really matters for us are the policy implications of the model. But if no model captures reality, how do we know what model should we use?

In my opinion this is the key takeaway of Rodrik’s book and an important advice for anyone doing policy work. As Keynes wrote, economics is not only a science of thinking in terms of models, but also the art of choosing models which are relevant. A key ingredient of being a good policy-maker should be learning how to select the relevant models, combine them together, then apply them to real world problems. This is a craft much more than a science, an art that requires analytical rigor but also a large dose of creativity, intuition, and a lot of common sense. As division of labor makes economists more and more focused on the analytical part of their job, there is, I believe, an even larger role for the craft of applying economic ideas to the real world. A role that today’s public policy students should be ready to play. 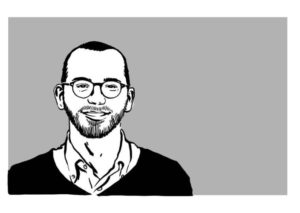