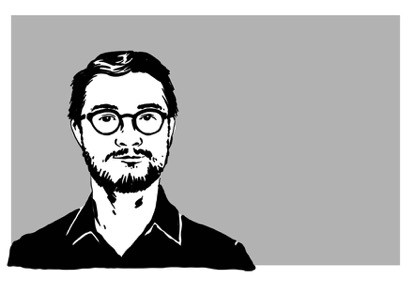 Trade liberalisation has been a policy adopted by many developing countries since the 1990s. No country in recent decades has achieved economic success in terms of substantial increases to standards of living without being open to the rest of the world. Many advantages come with free trade: labour specialisation, lower prices, increased competition, economies of scale, and increased exports, amongst others. The benefits are evident, and countries that have opened up their markets to trade and investment have experienced sustained growth and prosperity.

Since the Uruguay Round of 1994, member countries of the World Trade Organization (WTO) have committed to reducing tariffs on trade. Furthermore, member countries have signed both bilateral and regional trade agreements, have used the WTO to solve trade controversies, and through different ministerial conferences have found compromises in order to deepen trade integration. However, successful trade liberalisation and integration cannot be understood only as the reduction and elimination of tariffs. In order to be successful trade liberalisation also requires the removal or reduction of non-tariff measures (NTMs).

NTMs have become a significant obstacle to trade. For example, technical regulations (TRs) and sanitary and phytosanitary (SPS) measures are becoming more burdensome for developing countries to comply with and as a consequence are preventing goods from reaching consumers in developed economies. While the implementation of TRs and SPS measures are necessary to protect consumers, the failure to integrate and recognise different quality infrastructure systems (QISs) through the implementation of mutual recognition agreements (MRA) is one of the main challenges to be addressed in order to reduce the impact of NTMs on developing countries.

As tariffs become less controversial, NTMs will remain in the trade agenda’s spotlight for the next decades. But how can NTMs such as TRs and SPS measures be effectively addressed, and how can developing countries be assisted in complying with the requirements of developed economies? An opportunity arises from this scenario to give more prominence to the development of MRAs, not from a bilateral perspective but via a multilateral approach led by the WTO.

Non-tariff measures (NTMs) are generally defined as policy measures other than ordinary customs tariffs that can potentially have economic effects on international trade in goods by changing quantities traded, prices, or both.  In practice, many of the NTMs imposed by governments have a regulatory objective of one kind or another, whether safeguarding human health, plant safety, national security, consumer protection, and so forth (Cadot & Malouche 2012).

According to the WTO, this monthly rate has remained relatively stable since 2012 though the overall stock of measures has continued to rise. Of the 2,416 measures recorded since October 2008, less than 25% have been removed, leaving the stock of restrictive measures still in place at 1,828 (WTO 2015).

While member countries praise the benefits of free trade, the steady increase in NTMs since 2008 suggests a contradiction. In the case of technical regulations (TRs) and sanitary and phytosanitary (SPS) measures, most concerns are related to compliance with new regulations that might result in added costs to products or in a worst-case scenario, the inability to comply due to a lack of access to quality infrastructure systems (QISs). The prognosis is discouraging: If the tendency to implement trade restrictive measures continues to increase, the effects of tariff reduction will be mitigated and the objectives of trade liberalisation and integration will remain far from being achieved.

With the establishment of the WTO in 1995, two important agreements entered into force: the Technical Barriers to Trade (TBT) Agreement and the Application of Sanitary and Phytosanitary Measures (SPS) Agreement. The objective of the TBT Agreement is to ensure that technical regulations and conformity assessment procedures do not create unnecessary obstacles to trade. The agreement prohibits technical requirements created in order to limit trade, as opposed to those created for legitimate purposes such as consumer, health, or environmental protection (Van den Bossche & Zdouc 2013). The TBT Agreement established a series of measures to promote regulatory integration, with Article 6 encouraging members to recognise the conformity assessment procedures of other members and to enter into negotiations for the conclusion of agreements for the mutual recognition of results of one another’s conformity assessment procedures. Furthermore, Article 12 of the Agreement determines that members shall provide differential and more favourable treatment to developing countries in the application of the disposition within the TBT Agreement.

The content of SPS Agreement relates to food safety as well as animal and plant health. Article 3 states that WTO member countries should base their SPS methodologies on the technical documents published by three standard organisations: the Codex Alimentarius Commission (Codex), the World Organisation for Animal Health (OIE), and the Secretariat of the International Plant Protection Convention (IPPC). The treaty targets ‘scientifically unfounded’ barriers to trade that are disguised as health and safety regulations (Cunningham 2005) and encourages harmonisation, equivalence, and special differential treatment for developing countries.

Both directives emphasise the importance of mutual recognition in order to avoid trade barriers, and more importantly they enable special and differential treatment of developing countries. But after 20 years of implementation, what has been the practical result of these provisions? The latest reports of the minutes of the TBT and SPS Committees show that specific trade concerns (STCs) are still the main topic on the agenda, with STCs having been brought up in the committees for the past six years without any concrete solution having being reached. The provisions of the agreements, if fully implemented, should reduce or eliminate trade barriers and give preferential treatment to developing nations, so what is preventing this from happening?

One key factor can be traced back to the roles of the SPS and TBT Committees. Both committees have overlooked other functions that could address the dissimilarity of the quality information systems (QISs) of member states and tackle the barriers that have been created because of the lack of mutual recognition agreements (MRAs). Instead the committees has been overwhelmed by STCs that member states could easily resolve by using their respective contact points or by engaging in bilateral meetings. The potential of MRAs as a solution to reduce trade barriers generated by non-tariff measures (NTMs) has not yet been fully understood. Very few examples of operational MRAs exist today, and most have been signed bilaterally, mainly by developed countries. To address the challenge of NTMs the WTO should undertake the promotion of multilateral MRAs in different economic sectors between developed and developing countries.

Taking next steps: The role of the WTO in promoting MRAs

The benefits of mutual recognition agreements (MRAs) have not been fully comprehended, and the few MRAs that exist are not inclusive. One successful example is the European Union; no member country could imagine trade within the union without the existence of recognition agreements between the member states, and without them no economic integration would have been possible. Other MRAs are operational, but most of them have been signed bilaterally, which implies that recognition is limited to what the parties have agreed, meaning that they would likely be difficult to replicate with others.

The WTO should assume a leading role in promoting multilateral MRAs. Firstly, the Technical Barriers to Trade (TBT) and Sanitary and Phytosanitary (SPS) Committees should focus on developing and implementing strategies to promote them. Both committees should exclude or move specific trade concerns (STCs) to different sessions and instead give priority to MRAs. Secondly, the TBT and SPS staff should develop a strategy to identify the sectors in which member states are interested in developing MRAs. With the collaboration of the International Organization for Standardization (ISO), the International Laboratory Accreditation Cooperation (ILAC), the International Accreditation Forum (IAF), and other standardisation and accreditation bodies, the WTO should propose product-specific regulations with corresponding conformity assessments so that member states can adhere to them. Finally, WTO member states that adhere to these regulations should recognise the conformity assessment results of other member states without any additional requirements and therefore eliminate any possible obstacles to trade. The conclusion of this process would be a normative harmonisation of technical regulations (TRs) and conformity assessment procedures developed within the WTO and not bilaterally.

Regarding developing countries, once sectoral regulations and conformity assessment procedures have been identified, the WTO in cooperation with other member states should help develop quality infrastructure systems (QISs) required for compliance. Given that some developing countries already have a certain level of quality infrastructure that only requires upgrading in order to achieve compliance, this could help in the effective allocation of resources in countries with limited budgets with which to invest in QISs.

The end result of this new approach would be the issuing of MRAs administered by the WTO that are oriented to the needs of the majority of WTO members and that can help developing countries allocate resources to comply with MRAs. This implies a complete change of the role of the TBT and SPS Committees, but the results would contribute to significantly reducing or eliminating barriers created by non-tariff measures (NTMs).

As another ministerial conference is on its way, it is necessary that the WTO and its member states shift their approach towards NTMs and start to evaluate the importance of MRAs as a solution to trade barriers. This new approach needs to be undertaken by the WTO and should provide a stage for developing countries to successfully comply with market regulations. The mechanisms to accomplish this already exist; both the TBT and SPS Agreements establish the legal framework for MRAs to be developed by the WTO. The only aspect still missing is the willingness of member states to give priority to this instrument. 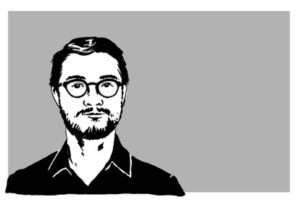 Luis Felipe Torres is a second year MPP student at Hertie School of Governance in Berlin, Germany. He holds a LL.B and a B.A. in Political Science from the Andes University in Bogotá, Colombia. He was the Director of Regulation at the Ministry of Trade, Industry and Tourism of Colombia and official representative before the Technical Barriers to Trade Committee of the World Trade Organization